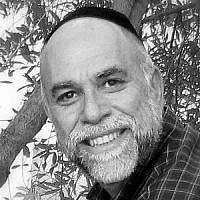 The Blogs
Shmuel Veffer
Apply for a Blog
Advertisement
Please note that the posts on The Blogs are contributed by third parties. The opinions, facts and any media content in them are presented solely by the authors, and neither The Times of Israel nor its partners assume any responsibility for them. Please contact us in case of abuse. In case of abuse,
Report this post.

The Iron Dome missile defense system has probably saved the lives of thousands of innocent Israeli women and children. 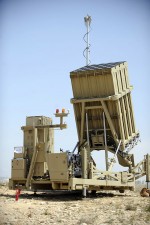 Hamas, hiding behind their own women and children, has fired 3,000 missiles into Israel’s major population centers. When Israel responds and attacks the Hamas terrorists and there are civilian casualties, Israel gets the blame.

They strapped Israel’s emergency request of $225M to replenish the stock of Iron Dome missiles to the Obama’s controversial $2.7B Border Bill which deals primarily with the emergency of Illegal “children” flooding the USA’s southern border. Many of these “children” are 16 and 17 year old gang members and are just as dangerous as the teenagers fighting among the ranks of Hamas in the Gaza Strip.

The Iron Dome system has universal support in the USA. Jointly developed with Israel’s expertise and USA funding, it is just as much an “American Baby” as it is Israeli.

No thinking American would deny helping Israel with $225m to keep testing the Iron Dome “baby.”

The Republicans didn’t fall for this “terror tactic” and shot down the bill.

And who is the real victim? Israel. Whose citizens will be vulnerable to attack if we run out of Iron Dome missiles.

It’s a lesson to remind us that we have no one to rely upon except for Avinu BaShamayim – Our Father in Heaven.

About the Author
Shmuel Veffer has lectured on Jewish topics around the world for the past 25 years.
Related Topics
Related Posts
Comments