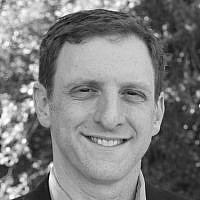 The Blogs
Andrew Lachman
Apply for a Blog
Please note that the posts on The Blogs are contributed by third parties. The opinions, facts and any media content in them are presented solely by the authors, and neither The Times of Israel nor its partners assume any responsibility for them. Please contact us in case of abuse. In case of abuse,
Report this post.

The ink on newspapers touting President Obama’s re-election victory had barely dried when Hamas renewed its rocket attacks on Israel. Actually the rocket fire began in late October with 79 rockets launched into the Negev and Sderot from Gaza following the Emir of Qatar’s inaugural visit to Gaza. That pace picked up and accelerated in early November, along with direct attacks on IDF personnel just as the pundits were writing the obituaries on Mitt Romney’s loss.

If President Obama was the “most anti-Israel President ever,” then this would be the safest time for him to ignore Israel’s call for help and let the Arab nations in the United Nations crack down on Israel. However, that is not what has happened. 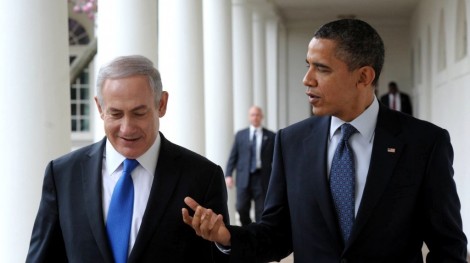 US pro-Israel groups have praised the President’s support (photo: Flash 90)

Less than two weeks after the conclusion of a United States Presidential campaign that saw unprecedented attempts to partisanize support for Israel, President Obama’s conduct in support of Israel’s right to defend itself from Gaza rocket attacks has gone far beyond what any predecessor has ever done in supporting Israel.

Four years ago, when Operation Cast Lead was initiated, President Bush issued a statement that the United States backed Israel’s right to self defense and asked that the Israelis do all they could to avoid civilian casualties. President Obama has done far more for Israel during this crisis:

First, the Iron Dome anti-rocket system that has intercepted nearly 88% of the rockets coming out of Gaza was underwritten by American military aid under President Obama, who tripled funding to take the Israeli system from a single battery to multiple batteries protecting cities such as Ashkelon, Tel Aviv, Sderot and Jerusalem (President Bush funded the David’s Sling Program, but U.S. funding of Iron Dome did not begin until 2009).  While U.S funding of Israeli purchase of American weapons systems may be common, funding Israeli-designed systems such as Iron Dome is not and few Presidents have chosen to expand budget expenditures like this.

Second, the Obama Administration has joined with Britain, France and Germany to block any attempts to use the United Nations to condemn Israel’s acts of self defense and insisting that the reign of rocket terror from Gaza must stop. Secretary of State Clinton did not follow the lead of Secretary of State Condoleezza Rice, who had pushed Israel to leave Gaza in 2005 and had filed a complaint in the United Nations against Israel’s treatment of civilians in Gaza and was a major force in pushing Israel to adopt the cease fire with Hamas in 2008.

Third, President Obama has stated clearly and unequivocally that Hamas alone must stand down from its use of rockets against Israel in order for there to be a cease fire. Not only did he tell Israel this, he told Egypt this as well, insisting that President Morsi play a role in reigning in Hamas and reiterating Israel’s right to self-defense from Hamas’ unwarranted and unprovoked attacks. The President and Vice President have been in touch with Prime Minister Netanyahu every day receiving briefings from Netanyahu directly and coordinating efforts to reach a cease-fire.

Praise from US pro-Israel groups has been strong. AIPAC praised President Obama as well as Congressional leaders in both parties for passing strong resolutions supporting Israel’s right to defend itself without reservation, stating that, “these statements demonstrate that America continues to firmly stand with Israel and her right to defend herself.”

The change in demographics shown in the last United States presidential elections will likely make it harder to partisanize support for Israel because leeching another 8-10% of the Jewish vote to Republicans no longer changes the results of national elections the way it did from 1954 to 2004. That being said, if there are doubts about the President’s commitment to Israel, his exceptional conduct to date during the deployment of Operation Pillar of Defense should put those doubts to rest and bring the support of Israel back to include both parties, as it has been since 1948.

About the Author
Andrew Lachman is a Truman Security Partner and President Emeritus of Democrats for Israel Los Angeles. He is an adjunct professor at Woodbury University
Comments