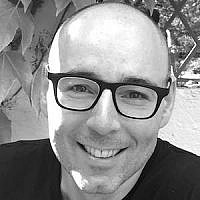 The Blogs
Marc Neugroschel
Apply for a Blog
Advertisement
Please note that the posts on The Blogs are contributed by third parties. The opinions, facts and any media content in them are presented solely by the authors, and neither The Times of Israel nor its partners assume any responsibility for them. Please contact us in case of abuse. In case of abuse,
Report this post.

Sawsan Chebli, a German Social Democratic politician suggested recently that visits to Nazi concentration camp memorial sites should be obligatory for all people living in Germany – immigrants included. The proposal comes amid growing concern about antisemitism among the large population of refugees from Middle Eastern war zones seeking shelter in Germany and a few weeks after demonstrators in Berlin – once more – burned an Israeli flag.

According to the German weekly “Bild am Sonntag,” Chebli, a representative of the government of Berlin and herself the daughter of refugees from Lebanon, sees the commemoration of Nazi crimes as the potential corner stone of an integrative German collective identity based on a shared vision of fighting discrimination that could also reach out to immigrants. However, it would erroneous to assume that the recognition and condemnation of Germany’s genocide of the Jews in the past precludes antisemitic attitudes in the present. The opposite is true. Contemporary antisemitism often vilifies Jews by equating them with Nazis. While people decry the crimes of the Nazis, they say that Jews are just as bad. The idea that Jews in Israel do to the Palestinians what the Germans did to the Jews in the past has become a staple of contemporary antisemitic thought. In 2002, for example, Portuguese writer and Nobel Prize laurate Jose Saramago said that the “spirit of Auschwitz” was lying over the Palestinian city of Ramallah, which would be “turned into a concentration camp.”

Antisemitic slander of Israel, quite often, comes hand in hand with a denunciation of Nazi crimes. Just a few weeks ago Germany’s foreign minister Sigmar Gabriel vilified Israel as an apartheid regime, while, at the same time, invoking Germany’s Nazi past as the source of a responsibility to fight antisemitism and to protect Israel. The remark was made at a meeting of an initiative against antisemitism in Berlin that convened to address a series of anti-Jewish incidents that shook German streets in the aftermath of Jerusalem’s recognition as Israel’s capital by the United States of America.

While Gabriel, at this meeting, condemned the burning of Israeli flags, based on a moral obligation emanating from Germany’s Nazi past, he, at the same time, promoted an antisemitic trope that justifies such actions, by referring to Israel as an apartheid state. This may send the fatal message that expressions of antisemitism must be condemned not because they are wrong and out of touch with reality, but simply because Germans, due to their history, have an obligation to do so. Someone who listened to Gabriel may think “Well, we must not burn Israeli flags, because the Germans killed a lot of Jews. But besides that, it would be a right thing to do, because Israel, after all, is an apartheid state.” This is water on the mills of those who delegitimize criticism of contemporary antisemitism as censorship, based on the idea that due to the Nazi crimes Germans would not dare to criticize Jews.

A major goal of the struggle against antisemitism must be to expose and condemn contemporary antisemitic tropes, including those that target and vilify the state of Israel. People must understand that Israel, the only democracy in the Middle East, as a matter of fact, does not commit a genocide of Palestinians; that it does not harvest the organs of Palestinian children; that it is not an apartheid state and that such fantasies are false in a very empirical sense. The commemoration of Nazi crimes must not be turned into an excuse to avoid the exposure of such contemporary antisemitic tropes. As long as contemporary antisemitic stereotypes remain unchallenged and are even actively disseminated by politicians, writers and other role models in society, the commemoration of Nazi crimes may not only be ineffective but actually counter-productive in the struggle against the Jew-hatred of today.

About the Author
The author is a German-Israeli social scientist and a contributor to various German and Israeli newspapers.
Comments