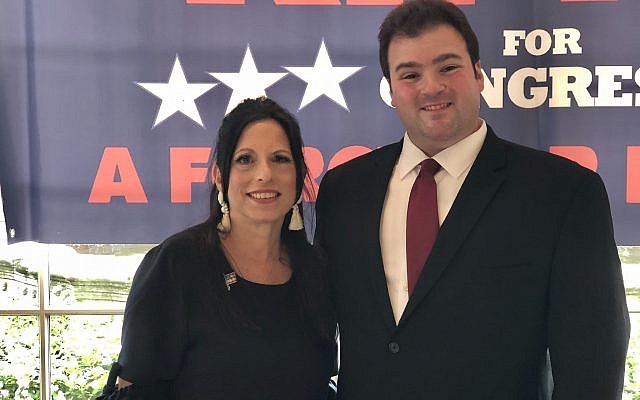 I have known Daryl Kipnis for a couple of years. Daryl and his family are not only political allies when it comes to Israel, they are my partners comparing shopping for kosher food, playing Jewish geography and observing traditions like fasting on Tisha B’Av or going to a Jewish themed cultural event.

His three young children have sung to me Hatikvah and have called me while making the blessing over challah dough on a Friday morning.

I recently had the pleasure to interview Kipnis about his congressional run for New Jersey’s 12th congressional district against Bonnie Watson Coleman.

As a modern orthodox, observant Jewish-American, I stand firmly with the state of Israel and understand its importance to not only my faith, but to the security of the United States and the role it plays in the stability of the Middle East.

Some Other Positions Stated By Daryl Kipnis

I oppose BDS, unlike my opponent in the 12th congressional district of New Jersey, and see such measures as destabilizing in the region and a barrier to any peaceful resolution to the issues faced there.

I supported President Donald Trump’s move of the U.S. Embassy to Jerusalem as a historic event that was long overdue in coming into fruition.

This bold move will eventually help the peace process move along to the ultimate desire of peaceful coexistence with neighbors in the region, and throughout the world.

I realize that any peaceful resolution to the problems facing Israel and its neighbors must be negotiated from a position of strength, and that my role as a congressman must support our staunchest ally in its existential dilemma with other neighboring nations.

No solution for coexistence can be made unless, and until, these neighboring nations firmly and publicly acknowledge Israel’s right to exist and its sovereignty as the state of the Jewish people.

As my opponent uses her position in congress to thwart, and otherwise turn her back on the people of Israel and her own Jewish constituents, she shows her true colors as someone that actually supports terrorism and the terroristins that carry out heinous attacks in person and with rockets against a peaceful people.

As it has since 1948, the United States must continue to stand shoulder to shoulder with our best friend, the nation of Israel.

This unbreakable alliance ensures the safety not only of the Jews in the region, but our security here at home as well.

My opponent and other New Jersey Democrats like U.S. Sen. Cory Booker often repeat the “fake news” mantra that President Trump “disrespects our allies and gets comfortable with our enemies.”

However, by my opponent signing a written demand by the JStreet appeasement lobby for federal funding to be given to Hamas-controlled Gaza, and Cory Booker’s posing for photos while holding up an anti-Israel, pro-open borders sign, it should be as clear to all Jewish Americans, as it is to me, that the Democrat Party has become dominated by extreme anti-Israel elements, and the American Jewish community should vote Republican. 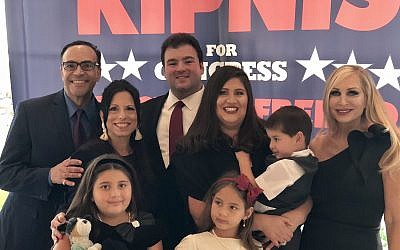 Kipnis is very concerned issues facing New Jersey. “I have young children and want them to enjoy the New Jersey I used to know. I want them safe in schools, enjoying the benefits of a good economy and the ability to practice their Judaism freely.”

Whether Democrat or Republican, the choice for Israel is clear in this race. 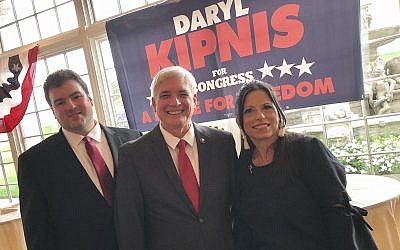 With Kipnis and Steve Rogers, NJ Politician
About the Author
Cindy Grosz is a Media Personality and award-winning Jewish Activist. Grosz is the host of Cindy’s Celebrity Corner. She can be reached at cindyscorners@gmail.com
Comments