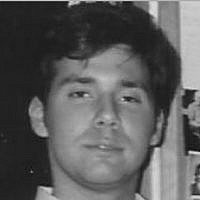 At five minutes before two in the afternoon on Sunday October 6, 1973, Israeli soldiers stationed in the Golan Heights north of Al-Kuneitra noticed their Syrian counterparts removing the camouflage netting from their tanks and artillery; it seemed like the usual drill. Minutes later, however, 153 Syrian artillery batteries suddenly blanketed the Israeli positions with a rain of shellfire, while dozens of Syrian MiG’s streaked overhead pounding military encampments and road junctures. The earth shook, trembled beneath them, and belched upward as infantrymen ran for cover, and tank crewmen scrambled into their vehicles and sprinted to their posts through a choking swirl of smoke, flame, and dust. An hour into the barrage, a flood of Syrian armor now rumbled across the valley. Said one Israeli tank commander: “I never knew there were so many tanks in the world.”

The Israelis had put up bunkers, mine fields, and tank ramps that operated as both an in-ground shelter for tanks and an interlocking field of fire to repel an onslaught. There was also an antitank ditch 18 feet deep and 18-25 feet wide running along the 40-mile cease-fire boundary known as the Purple Line. To the east lay the Bekas Valley, which the events over the next few days would give the sobriquet of “the Valley of Tears.”

The Syrian force consisted of two mechanized infantry divisions reinforced by several hundred tanks and artillery pieces. To the west of them lay the crack Seventh Armored Brigade, the premier unit of the Israeli Armored Corps, commanded by Colonel Avigdor Ben-Gal. Sniffing danger in the days leading up to the war, Ben-Gal had brought his battalion commanders for a familiarization tour in the Golan. That prescience now paid off.

Ben-Gal’s commanders now readied for battle. Lt. Colonel Yos Eldar moved the  armored personnel carriers (APC’s) of his battalion to his rear, and his tanks forward into the defensive ramps that had been dug for them. On Eldar’s right was the tank battalion of Lt. Colonel Avigdor Kahalani, who spread his tanks out in a loose formation, and led them to a ridge that dominated the ground to the northeast of Al-Kuneitra. As they weathered the barrage, they waited for the Syrians to get within striking range.

As the Syrian tank columns reached the antitank ditches they hit a bottleneck. They had bypassed their bridging vehicles and thus had to dismount their tanks and APC’s in an attempt to improvise a crossing—making for nice, easy pickings for Israeli small-arms fire while they did so. When the bridging vehicles arrived, the Israeli gunners turned their attention on them and set several ablaze. As Sgt. Doron Gelber explained, “You have to decide in seconds which tank is most important to get. It was obvious we had to first destroy all the bridging tanks.”

In the face of this onslaught, the Israeli defenders found themselves outnumbered by nearly ten to one odds, and the superior numbers of the Syrians eventually forced their crossing of the antitank ditch, thus breaching the Israelis first line of defense. And much to the Israelis’ surprise, these Syrians were not the bumblers of wars past. As one Israeli tank gunner put it: “The days when they couldn’t shoot straight were over.”

Well understanding Napoleon’s maxim that “the side which remains behind its fortified line is always defeated,” the outnumbered Israelis now improvised a mobile defense by deploying their tanks in a zig-zag pattern: thrusting here, parrying there, and drawing the Syrian killing machines into classic ambushes: exploiting the hilly terrain, two tanks would hide on opposite sides of a road or route while a Syrian column passed between them, and then let fly with fire as the column drew even with them. In one such ambush, a platoon of Israeli Centurion tanks took out some twenty Syrian T-55 tanks without losing a single one of their own.  “We improvised our defense,” Yos Eldar later recalled. “We were very few and we had to keep moving from area to area.”

But the Syrian tide of tanks seemed unstoppable. Syrian surface-to-air missile (SAM) batteries were taking a fearful toll on Israeli attack aircraft, and by the morning of October 9, the situation north of al-Kuneitra was desperate. That morning a final attack by some two hundred fresh Syrian tanks fell on a company (40-50 tanks) of battle-worn Israeli Centurions and their exhausted, battle-fatigued tank crews. Though tired and low on ammunition, the Israeli crews fought with the courage of despair. The battle was now approaching a crisis, and the Syrians’ superior numbers were beginning to tell; Ben-Gal was minutes away from giving the order to withdraw as a decisive breakthrough seemed imminent.

Then, a miracle. The Syrian Juggernaut, seemingly unstoppable and on the brink of a massive breakthrough, suddenly halted. The utterly bewildered Israelis scratched their heads. What had happened? As Ben-Gal later commented, “I was sure we had lost the battle. Had it gone on for another half-hour, we would have lost. For some reason, the Syrians broke first and decided to retreat.”

But what had happened? Why had they stopped? Much ink has been spilled on the question, most recently here at the Times of Israel in a thoughtful post by military historian and TOI blogger Lynette Nusbacher, who correctly lamented (as I do) the dearth of Syrian accounts of the great battle, for which we who study the battle (and the war) are all the poorer.

For what its worth, here is my own view.

What clashed on the plains of the Golan forty years ago were more than just two armies; they were two philosophies of warfare. The Israelis, whose own successful experiences of fast-moving mobile formations in the 1967 and 1956 wars drew so heavily in influence from the lightning armored advances of World War II German Panzer generals like Rommel and Heinz Guderian, and those of American generals like George s. Patton and  Major General J. Lawton “Lightning Joe” Collins, similarly emulated their command philosophies, which stressed individual initiative at the smaller unit levels, and held that shock, surprise, maneuver and superior training could negate the superior numbers of an enemy.

The Syrian experience, which had hitherto been one of defeat, emulated the war experience of their Soviet allies/suppliers/advisers, which put emphasis on mass and firepower, by which maneuver and initiative were to be overwhelmed.

General Israel Tal had drilled superior gunnery training and marksmanship into his tankmen like nothing else in the world mattered; and in this battle, nothing else did. Tal’s credo: “first shot, first kill.” As marksmen, Israeli tankers were then certainly the best in the world, and the tankers of the Seventh Armored Brigade were the best of the best.

Israeli tankmen fought with their heads above the turret; the Syrians stayed inside and used the periscope. The Israelis improvised, and adapted to the uncertainties of battle; the Syrians, each man following the tank in front of him, would, when thrust into a jam, merely sit and wait for orders. Thus, for the Syrians, local advantages gained that might be exploited, withered in the face of a rigid command philosophy that allowed little flair or individual initiative at the lower levels. In contrast to the Syrians, the Israelis had a limber, flexible command structure that served them well. The lumbering, uncoordinated piecemeal movements of the Syrians stood in marked contrast to the cool tactical cunning displayed by Israeli commanders like Kalahani and Yos Eldar, and the deft, subtle ballet of the mobile defense.

Moving step by step, the Syrian advance, on the brink of a massive breakthrough, had paused to consolidate, and bring forward support, thus giving the hard pressed Israelis a chance to catch their breath, bring up reinforcements, and counterattack. With this, the Syrians began to withdraw. The last few days’ fighting had brought the Syrians within eyeshot of the Jordan River; war’s end would see the Israelis a mere sixteen miles away from Damascus. Such are the fortunes of war.

Lieutenant Colonel Kahalani would go on to  receive the Medal of Valor, Israel’s highest military honor, for his leadership and bravery at the risk to his own life in the tank battle in the “Valley of Tears.” He was later promoted to Brigadier General.

As the Syrians were repelled at the crest of their near-breakthrough on the late afternoon of October 9, Divisional Commander Major General Rafael Eitan radioed Lt. Colonel Avigdor  Kahalani over the army network, exclaiming to him: “You have saved the people of Israel!”

That was it: They had saved the people of Israel. As Israel Tal himself commented in his preface for Kahalani’s memoir, “The Heights of Courage,” (1975), Kahalani and his tankmen were “the iron wall protecting Israel until peace shall finally prevail,” and there is no fitter epitaph for these men than that they had “saved the people of Israel,” those brave young tankmen now grown old, and those who did not get to grow old.