The Blogs
Albert Russo
"Art is but a moment of happiness, it is like a lightning of bliss cleaving the never-ending horrors of our world."
Apply for a Blog
Please note that the posts on The Blogs are contributed by third parties. The opinions, facts and any media content in them are presented solely by the authors, and neither The Times of Israel nor its partners assume any responsibility for them. Please contact us in case of abuse. In case of abuse,
Report this post. 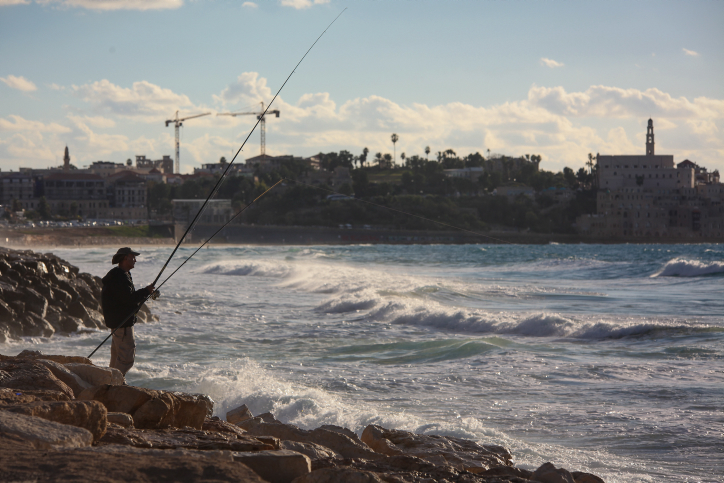 yet, I do perceive
that Tel Aviv is the freest
of all my previous abodes

where Arabs and Jews
live and work side by side
harmoniously

Israel is the
most vilified country
on this planet

mostly because of
hatred, lies and jealousy
no, it’s not paradise

yet, it gives so much
to the world for the benefit
of humanity

in agriculture
science, medicine, hi-tech
yet people keep quiet about it

the Israelis
crave for peace above everything
if they could, they would bury their arms

that’s been going on
ever since the country
was created 68 years ago
and even before,
under the British mandate
but those Brits turned their coats
when they left the territory

to Pascal’s adage
I prefer that of an Italian contemporary:
I defend myself thus I am

yes, to see Jews not bowing anymore
as they did for 2000 years in Europe
is something new, repellent and unacceptable
to those who were used to watch them being tortured or killed

they have built a proud, strong and inventive nation
which, albeit not perfect, is a light unto the world
and only the righteous, the intelligent
and the knowledgeable understand this

About the Author
Albert Russo who has published worldwide over 85 books of poetry, fiction and essays (35) and photography (50), in both English and French, his two mother tongues, and sometimes in Italian, (Italian being his 'paternal' tongue) - he also speaks Spanish and German and still has notions of Swahili -, is the recipient of many awards,such as The New York Poetry Forum and Amelia (CA) Awards, The American Society of Writers Fiction Award, The British Diversity Short Story Award, The AZsacra International Poetry Award (Taj Mahal Review - US$ 500), the Books & Authors Award, several Writer’s Digest poetry and fiction Awards (winner and finalist), aquillrelle Awards, the Prix Colette and the Prix de la Liberté, among others. His work has been translated into about 15 languages in 25 countries, on the five continents. He has co-published Gaytude with Adam Donaldson Powell, which won Best Gay Book in the USA. Albert Russo’s major books are the AFRICAN QUATUOR (AQ), his memoir CALL ME CHAMELEON (CMC), his humorous ZAPINETTE Series (Zapy), GOSH ZAPINETTE, the first ever series of global Jewish humor, his books of stories and of poetry encompassing 40 years of writing, entitled: THE CROWDED WORLD OF SOLITUDE, vol. 1 -CWS1 (the stories and essays) and THE CROWDED WORLD OF SOLITUDE, vol. 2 (the poems) CWS2 + the two big books dedicated to his beloved mother Sarah Russo (SR) + about 50 books of photos. His definitive biography penned by the Norwegian African-American writer, poet and artist Adam Donaldson Powell, UNDER THE SHIRTTAILS OF ALBERT RUSSO was released by l’Aleph (November 2017), Wisehouse Publishing. A humanist with roots in Central, Southern Africa, and the Mediterranean, he has been acclaimed by James Baldwin, Edmund White, Martin Tucker, Douglas Parmee of Oxford University, Joseph Kessel, Pierre Emmanuel, both of the Académie Française, among many other literary authorities, as well as by his African peers, Chinua Achebe among them. Albert Russo was also a member of the 1996 jury for the Neustadt International Prize for Literature which often leads to the Nobel Prize of Literature. Latest Prize: Best 2013 Unicef Short Story award in defense of childhood worldwide, for Revenge by proxy / Vengeance par procuration.  His 50-odd books of photography have garnered awards in the USA, UK, Russia, France, etc. Some of his work has been exhibited in the Louvre Museum, at the Espace Pierre Cardin, both in Paris, in Times Square, New York, at the Museum of Photography in Lausanne, Switzerland, in Art Berlin, in Tokyo, in Moscow, etc. The former Mayor of the Big Apple, Mr Bloomberg, has lauded his two photo books on Paris and New York. Some of his novels and memoirs have also been filmed in English, with videos 90 and 100 minutes long. Latest award: I have just received the following award. "Dear Albert, It is with great pleasure to announce that you have been selected as a Book Excellence Award Finalist for the following book: 'GOSH ZAPINETTE! the first ever series of global humor’ (770 pages). There were hundreds of entries from around the world and 'GOSH ZAPINETTE! the first ever series of global humor' was selected for its high-quality writing, design and market appeal. Congratulations. The Book Excellence Award Committee.” The Book Excellence Awards Advantage. More than just an awards competition, the Book Excellence Awards provides authors and publishers with extended support and resources on topics such as publishing, marketing, writing, publicity and social media. The Book Excellence Awards is a smart investment on your publishing journey and the results and benefits will last a lifetime! Literary website: www.albertrusso.com - "Art is but a moment of happiness, it is like a lightning of bliss cleaving the never-ending horrors of our world." Albert Russo “Inspiration is like delicious food that your taste buds remember, or a perfume you have long forgotten and whose whiff suddenly brushes your nostrils again, giving you pangs of nostalgia.” Albert Russo
Comments