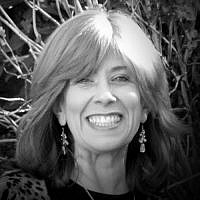 The Blogs
Yocheved Lindenbaum
Owner of a whole broken heart
Apply for a Blog
Advertisement
Please note that the posts on The Blogs are contributed by third parties. The opinions, facts and any media content in them are presented solely by the authors, and neither The Times of Israel nor its partners assume any responsibility for them. Please contact us in case of abuse. In case of abuse,
Report this post.

Living in a world of algorithms, my social media feeds tend to spoon feed me exactly what I’m interested in. But sometimes I wonder. Is everyone seeing this? Over the last week I have been seeing/reading articles about the protest by Dati Leumi Rabbanim and yeshivot aimed at Magen David Adom. MDA has changed their intake form to read Parent #1 and Parent #2, instead of Mother and Father. This is being seen by some in the Dati Leumi community as a move to force an LGBTQ agenda on a society in a sneaky, underhanded way. The result for blood donation is that MDA is reporting dangerously low blood supply.

Almost concurrently there has been a Doritos dust up in Israel. In honor of Yom Hamishpacha, Dorito created an ad featuring families. And they do not all look the same. There is a single parent family, a pregnant woman and another female with some children, and a family with 2 men as the featured adults. Totally possible that these are gay families, and totally possible that it is two singles who are co-parenting since their partners are no longer with them. If your algorithm sends you to the right places, or if you go looking yourself, there has been a bit of an uproar. There have been calls to boycott Doritos, threatening that this will be worse than the Ben and Jerry’s protest, calls to have the hashgacha removed and to (actually) stop eating Doritos.

So I’m going back to high school and asking myself to compare and contrast. Both Doritos and Magen David Adom are attempting to be less exclusionary. Imagine a young Gal or a teenage Raaya whose mother died a few years ago; they see a family with only an Abba and maybe feel a little less lonely. What about Nitai and Yahely who live in the same house? Each of their fathers ran to Switzerland leaving their mothers agunot. The two mommys decided to pool their resources, financial and emotional, and live together. (And yes, Nitai’s mommy is pregnant. His Abba is the father.) And the 8-year-old twins, Pazit and Nachshon who were conceived in a lab, carried by a surrogate in Kentucky, and born to the loving arms of Guy and Nachshon understand that their Abbas love not only them, but each other.

While MDA is a non profit and Doritos is commercial, they both deliver sustenance. Magen Dovid Adom takes care of us during times of life and death; Doritos assists the late night students cramming for exams, and the frazzled au pair trying to get the kids off to their Ninja chug. Yet in contrast Doritos are an unnecessary frill (unless you’re a young balabusta trying to follow the latest frum influencer’s Mexican salad recipe exactly) while Magen Dovid Adom supplies a vital service in the full sense of the word. And now the punishment meted out to these two different organizations is the same. Some of the people in our orthodox society have called for boycotts of both. And once again let’s compare and contrast. The Doritos ad was professionally done, and deliberately put into the public sphere. The viewer can choose to see the ad as a ploy by an agenda-pushing corporation, or to give the benefit of the doubt to the company, to assume that their message is that not all families look the same, yet security and love can be found in different family systems. The viewer can opt to create interesting narratives for the families portrayed, similar to my descriptions above. The viewer can also choose to join the boycott, express their displeasure to the company or to their local Makolet, and stop eating Doritos. The effect is minimal on society and possibly positive for your LDL. The subtle message would be received. But the protest came along with words like those of Jerusalem Deputy mayor Aryeh King who said he will “join the boycott against the perverts”. The commercial shows no acts of perversion. I didn’t see any perverts. Where were they hiding?

MDA made a quiet change that could have gone mostly unnoticed. It would be seen by those filling out the form and processing it. The goal was to make the information pareve. The societal effect might be that patients may feel less anxious about honesty on a medical form. Had the dictate of the “powers that be”(or at least think they are) been to stop monetary donations, the message would have been received without harming the weak. But the audacious command was to stop donating BLOOD, the essence of life, that money can’t buy. What is the lesson taught by the Rabbanim who instigated this? The lesson I learned is that blackmail is ok, even at a vulnerable moment. I learned that all of the mitzvot about caring for the downtrodden of our society are null and void if there is a scintilla of a thought that maybe not everyone is heterosexual. Additionally, this refusal to donate blood taught me that contrary to everything I have learned, there are cases where pikuach nefesh is not the more important value but rather that most important is to excoriate anyone or anything who we perceive has a whiff of compassion for LGBTQ people. Even if those who bear the consequences have nothing to do with the perceived crime of a word change on an intake form.

And what is the lesson to the LGBTQ students in your holy yeshivot and midrashot? (And trust me, there are LGBTQ students in your institutions. I know and love some of them.) They are learning that they are despised; not their actions but their very beings. They assume that they should hate themselves. Or maybe they should hate God, chas v’shalom. They are assured that their fear of being ostracized and banished from the nation and family they love is justified.

One young adult commented on an LGBTQ Facebook site for Orthodox men, (my loose translation) what is it about seeing the families portrayed in the commercial, or seeing the new MDA form that propels people to the pasuk in Vayikra that describes one specific sex act? He wonders what happened to all the tzniut training that is taught in our society? Does it begin at our toes and stop at our necklines?.

I wonder how things could be different if we opted to judge each other based on Torah law where there is a high bar for proving the committing of sin. What would it be like if we chose to actually follow the Rabbinic dictum of judging others favorably, and giving God’s children the benefit of the doubt? I will proudly continue to be oblivious to what I cannot actually know and I will not apologize for believing that both gay and straight people were created by God. Rather, I will continue to seek and see the Divinity in all human beings, even homophobes.

About the Author
Yocheved Grunberger Lindenbaum was a day school teacher of Ivrit and Tanach for twenty years and is now a Chaplain who was most recently employed at Holy Name hospice in Teaneck. Sometimes she is the Jewish chaplain and other times she is the chaplain who is Jewish. Yocheved is thrilled to have raised a wonderful sourdough starter.
Related Topics
Related Posts
Comments