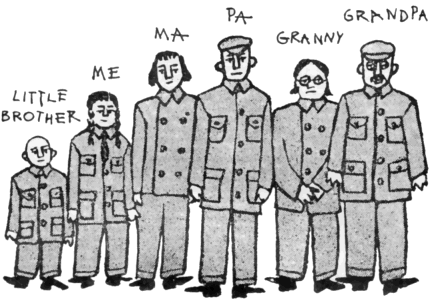 Mao Zedong decreed that everybody should dress the same in China. {public domain}

I don’t like burqas; just as I did not like the choke-collar suits of Maoist China, the black garb of Charedi Jews or the tophats City bankers wore until not that long ago.

I don’t like them, mostly because I feel that people should not be regimented.  Wearing a uniform is loss of freedom, just like being in the army or in prison.  Plus, people wearing that kind of garb seem to be yearning to go backwards – to 7th century Arabia or to 17th century Poland – rather than forwards. 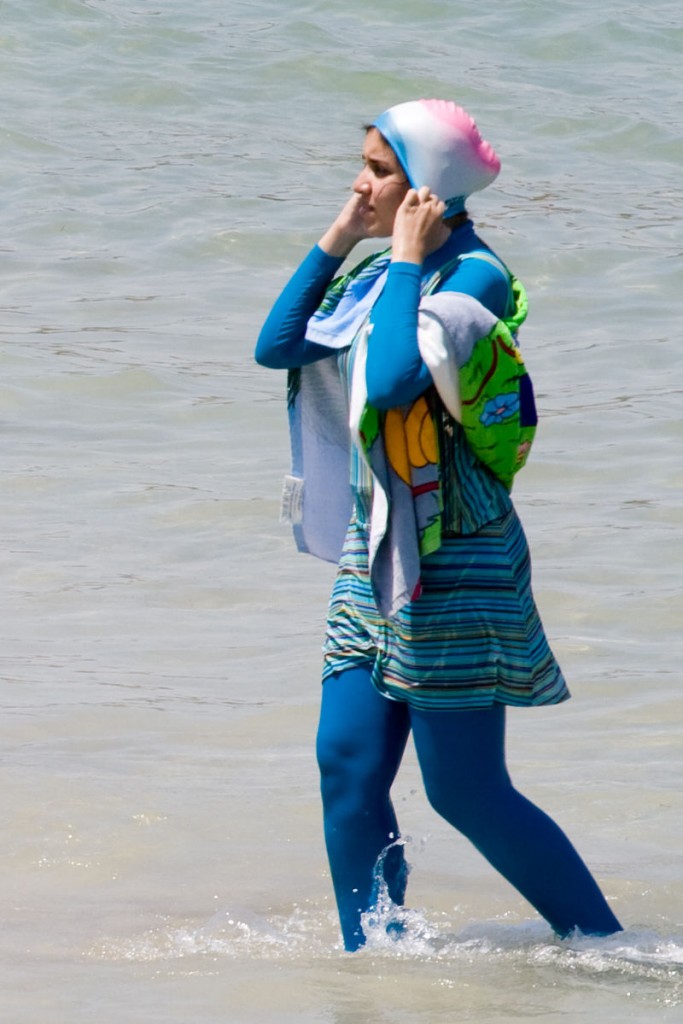 Even some burqa-inspired garb looks trendy when Italians design it! {public domain}

In recent weeks, several municipalities in France have decreed a ‘burkini ban’ – meaning that women using public beaches are fined if they wear that ‘Islamised’ type of costume.  Even more recently, a French ‘administrative court’ – whatever that is – has banned the ban.  Yet, apparently, the story is not over yet: some of the mayors involved (and quite a few national politicians who jumped on the bandwagon) have vowed to overturn the suspension that suspended the ban that banned the burkini… you know how it goes!

Well, I may not like burqas (or indeed burkinis); but the idea of a ban is wrong, stupid and – perhaps worst of all – a populist distraction from the real issues.

It’s wrong because, just as people should not be told what clothes to wear, they shouldn’t be told what not to wear.  It is even more wrong because one particular distinctive garb was singled out and banned.  Yes, I know there are ‘reasons’ – there always are; but no: there are no excuses for double standards.  Or, rather, there are only dishonest excuses.

The burkini ban is stupid, because it completely lacks purpose.  What exactly is it supposed to achieve?  Will it prevent the radicalisation of young Muslims?  How exactly?  Which of France’s recent terrorist attacks would have been prevented, had the burkini bans been in place?

Finally – and worst of all – the burkini ban is a populist distraction.  This trifle of an ‘issue’ deflects attention from the very real and grave concerns: the radicalisation of young Muslims, the religious extremism which begets intolerance and terrorism.

The ban is not just a golden opening for political demagogues – of every tinge – to burnish their credentials; it’s also a cop out for everybody: an excellent excuse to duck the real challenges, while furiously debating a marginal issue.  What a superb opportunity for doing nothing – with great determination!

Even worse – the motivations are, let’s face it, obviously racist.  Granted, there was no obligation for the French state to open its borders and its population registry to a wide variety of people – including some who have not exactly been raised up in the spirit of  ‘liberté, egalité, fraternité’.  But once they did let them in, once they recognised them as French citizens, they can’t tell them what they are allowed to wear, now can they?

‘Special laws’ for one category of people?  Haven’t we seen that before, somewhere?  A bylaw is still a law.  And singling out one particular category of French citizens deserves just one name: no, it’s not ‘love of nudity’ – it’s ‘naked racism’!

Nor am I particularly surprised: in the latest elections for the European Parliament, the far-right Front National won a third of the votes.  And those European Elections took place in 2014, before the latest bout of jihadist terrorism that hit France.  (Contrary to popular belief, the fully proportional European Parliament elections are the best indicator of people’s real political opinions, which are masked by plurality election systems based on geographic constituencies.)

So much for the far-right.  There is, of course, quite a bit of far-left racism in France (and elsewhere in Europe).  In the process of crowning them as ‘oppressed’ and hence in perpetual need of their rights being ‘defended’ by Good (Marxist) Samaritans, the far-left denies Muslims their God-given agency; it infantilises them.  When it comes to Muslims, far-rightists demand a higher standard than for anyone else; far-leftists set the standards lower than for anyone else.  Both positions are racist because both deny Muslims their status as equal members of the human race – with the same rights and obligations everyone else has. 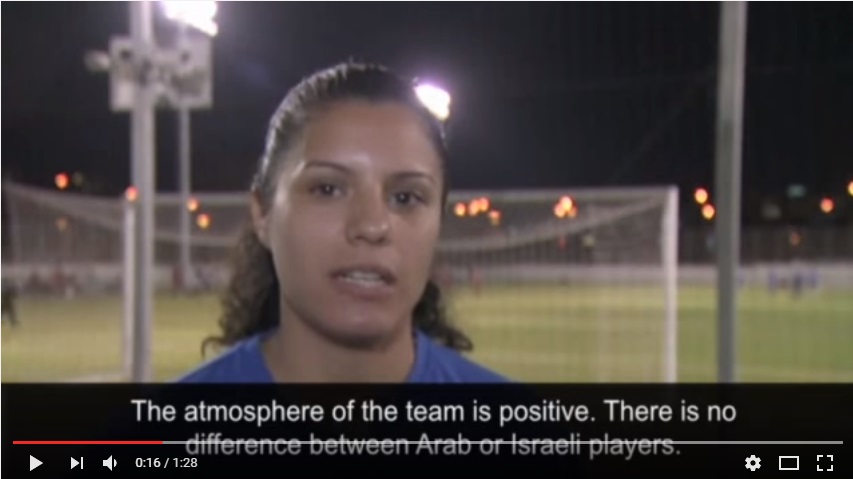 Prefers not to wear hijab (but wouldn’t be fined if she did): Noura Abu-Shanab, an Arab Israeli and the captain of the women football team Hapoel Petah Tikva. {Youtube screenshot}

Sure, France has seen quite a bit of Islamist terrorism; but Israel has seen more.  Circa 7.5% of French citizens are Muslims; the proportion is roughly 3 times larger in Israel.  And yet, in Israel not even the far-right tries to control how Muslims dress.

If you are a Muslim in Israel, you are entitled to have your personal status matters (such as marriage and divorce) adjudicated according to Shari’a – the Islamic law.  The qadis (traditional Islamic judges) receive their salaries from the state budget, as do the dayanim – their Judaic counterparts; and the Jewish State will apply the decision of the Shari’a court just as it does with that of a Beth Din – the traditional Rabbinical court.  French Muslims can only dream of that level of freedom and consideration.

And yet, it is the French government that, every year, is paying a lot of money to far-left Israeli organisations dedicated to inspecting ‘human rights’ in Israel.  That money, it turns out, would be put to much better use, were it invested in France.  There is, it seems obvious, a lot to be done to root out extremism and racism from the French society – both Muslims and non-Muslims.  Perhaps Israel – a good friend of that troubled country – should weigh in to prop up the increasingly shaky French democracy?  Lest it becomes more like – say – Burkina Faso?