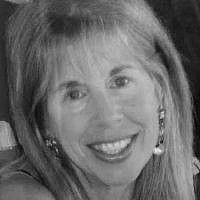 The Blogs
Caren Besner
Apply for a Blog
Advertisement
Please note that the posts on The Blogs are contributed by third parties. The opinions, facts and any media content in them are presented solely by the authors, and neither The Times of Israel nor its partners assume any responsibility for them. Please contact us in case of abuse. In case of abuse,
Report this post.

In 1982, seven years after the fall of Saigon, General William Westmoreland, the former US Commander in SE Asia declared, “Vietnam was the first war fought without censorship.  Without censorship, things can get terribly confused in the public mind.”

The recent testimony of Facebook CEO Mark Zuckerberg before Congress brought the issue of censorship once again, into the public eye.  It appears that Facebook has been engaging in censorship aimed at excluding any ideas and opinions which the executives and management do not agree with.  The experience of two Facebook users named “Diamond and Silk,” who have a substantial following, and who coincidentally happen to be Republican Conservative Afro-American females illustrates this point.  The women shared excerpts of an email from Facebook which stated, “The policy team has come to the conclusion that your content and brand has been determined unsafe to the community.”

On April 11, 2018 Zuckerberg told Congress, “there are types of content like terrorism that I think we would agree we do not want to have on our service.”  Congresswoman Blackburn fired back, “Diamond and Silk is not terrorism.”  Defenders of Facebook pointed out that other Internet companies follow similar practices, and that they are a private corporation that has a right to delete any post they regard offensive.  It would seem that a group of liberal leftist managers and executives at this company and other major search engine companies such as Google and Yahoo, have created algorithms that activate when Republican Conservatives write posts which conflict with their own leftist ideology.  This is puzzling, in light of statements from various Intelligence agencies and security experts who have stated that there is a proliferation of websites on the Internet aimed at recruiting young Muslims to the cause of Jihad.  Apparently, the Internet companies are unable (or unwilling) to find any of these, perhaps because they are NOT deemed to be “unsafe to the community.”

Censorship is NOT a new phenomenon.  It has been used before, usually in times of war to prevent vital military information from being read by the enemy.  There are those today who favor censorship as a means of protecting the public from harmful ideas which they deem would have a corrosive effect on the cohesion of society.  Some two and a half centuries ago, the great English poet and critic Samuel Johnson once opined, “Every society has a right to preserve public peace and order, and therefore has a good right to prohibit the propagation of opinions which have a dangerous tendency. . . No member of a society has a right to teach any doctrine contrary to what the society holds to be true.”  While apparently logical, if taken at face value, Johnson’s seemingly innocuous commentary is inherently flawed.  It assumes that the ideas and practices of any particular society are ALWAYS correct and that censorship and possibly other extreme measures MUST be undertaken in order to protect the population from harmful thoughts and ideas.  Hitler, Stalin, Mussolini, Mao Tse Tung, Saddam Hussein, Bashir Assad, Idi Amin, Papa Doc Duvalier, and Kim Jong Un would all have agreed.  So too, would the followers of ISIS and the Taliban, who not only executed anyone they deemed to be “unsafe to the community,” but in the process also destroyed priceless historical artifacts, all in the name of religious and ideological purity.

During the early days of the Third Reich, the Nazis made a very public spectacle of the burning of any books and other material which they deemed to be unsafe to their community; heaping on the flaming pyre the works of many authors we now deem to be literary giants.  Among them was the works of the great nineteenth century German poet Heinrich Heine, who had written “Wherever books will be burned, men also, in the end, are burned.”  History has proven how prophetic those words were.  The Communists for their part achieved their goals not through a public display of arson, but by sentencing to prison or exile any author whose works did not conform to Marxist ideal, including Alexander Solzhenitsyn who wrote of these times in “The Gulag Archipelago.”  Censorship of thought and ideas and the punishment of those who transgress are the hallmarks of a totalitarian state and will inevitably lead to despotism, tyranny and oppression, as do ALL one-party systems.  A free-flowing exchange of ideas, regardless of how fratricidal that debate might be, is absolutely necessary in any democratic state.  The late Hubert Humphrey once stated that “Freedom is hammered out on the anvil of dissention, discussion, and debate.”  Given the growing power of the world-wide web, our lives, our ability to access information, and ultimately our republic itself, are all in danger.

In today’s age of information, more and more people get their news and knowledge from the Internet and not from books and newspapers.  This problem is only going to get worse.  The situation becomes even more acute given the anonymity of the algorithm creators and the veil of secrecy which surrounds how Internet executives and managers arrive at their decisions.  The majority of the public at large may not be aware that there is even a problem.  In days of old, you could walk into a myriad of bookstores and newspaper stands and select a book or periodical that would at least offer you a different perspective.  Today, with bookstore chains such as Borders, Daltons, Waldenbooks, and Book World gone and newspaper circulation declining, on-line companies such as Amazon now dominate book sales.  In the future, it may very well come to pass that on-line books espousing a different point of view from that which the self-professed politically correct elites decide, will no longer be an option.  This concentrates enormous power in the hands of the Internet providers.  It is nothing less than the weaponization of the means to access information and an abrogation of the right of free speech in order to accomplish a political agenda.  This is a far more insidious form of censorship than anything previously, because it is silent and unseen.  There is no public display of books being thrown on a fiery pyre and no Gulag Archipelago (as of yet), to which dissidents can be exiled to.  The burning book has been replaced by the deleted post as the weapon of choice for the ideological censor of today.

In the light of history, one cannot help but wonder what Heinrich Heine would say if he were alive today.  Although one cannot say with certainty, it might be something like this: “Wherever posts will be deleted, people also, in the end, are deleted.”