To pull the threads of minute cause and effect from the tapestry of human history is tempting, yet futile. To acknowledge mystery, luck and, mostly, the uncertainty of small human endeavor in the warp and woof of great events is nearly a necessity. Each movement, every flap of the proverbial butterfly’s wings, may lead to a different unknown. Act upon act, story upon story piled up. To “make whole what has been smashed” (see Walter Benjamin) we need tell the tales that come before us.

Early March in the Hessen countryside can see some unseasonably warm days, but the nights will still be cold. Cold enough that if you head out at 10:30 PM, you’d want to dress for the chill. I’m not quite sure whether the SS had issued winter greatcoats by 1933, but the police report does mention that the five men who showed up in the bucolic village of Grossropperhausen that night were in uniform. That much is certain.

This is Albert Moses, a World War I veteran. In front of him is his first-born son, Martin. Judging from the age of the boy, the picture was probably taken in 1932 or so. They were part of a family with long-term ties to the area. 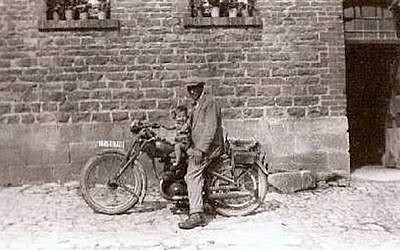 This woman had a hand in that. 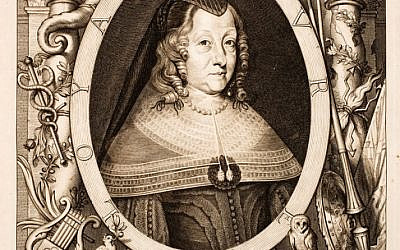 Amalia Elizabeth was a fierce ruler of Hesse-Kassel who prosecuted God’s war against the Holy Roman Empire on the Protestant side. So strong was her devotion, that she couldn’t bear to see the small Jewish community of Kassel denied salvation. She ordered them to attend compulsory sermons each Sunday. But they petitioned a closer Lord, who granted them opportunity to move to his estates in the small village some 50 kilometers due south. And so, about 300 years before that cold March evening, the first Moses arrived in the rolling green hills of Grossropperhausen.

The Moses clan was simple folk. They, like Jewish sojourners of old, though, knew cattle. Viehhandler—cattle merchant—was what the authorities listed for profession. Getting and spending, hide and hoof, had made none of the family rich, but neither had they starved. They paid their own way, and took their place in Hessen, which became Prussian, and then finally, German, society.

So the man on the motorbike, over a decade earlier, had not flinched when called by das Vaterland to do battle on its behalf. And unlike too many young men of his generation, he managed to come back home in one piece, find a wife, and have a child.

But the home he came back to was changing. And on a cold March evening, just months after Adolf Hitler cemented his power over the Reichstag as its new Chancellor, just how much it had, was made abundantly clear.

For farm-folk, 10:30 p.m. is late, very late. But Heinrich Schmidt was up when a car-full of men from a neighboring village showed up. Our Jewish merchant Albert, who rented an apartment from Schmidt, had hastened to the farmer’s home, and the men in the car were not far behind. Entering the home, the men, wearing their SS uniforms, contended that Moses owed a certain Herr Doepfer from yet another town a sum of 225 Reich Marks. This, Moses denied.

And it was on that denial that a future hinged. For perhaps if he had said, “Yes. Here’s the money” the men would have gone away. But he didn’t owe them anything. And they knew it. What they were really looking for wasn’t the money, but an excuse. And this Jew, standing in his nightclothes, with only his denial in hand, had just given them one.

Out came their rubber truncheons. They beat him black and blue. The five of them. In their uniforms in the middle of the night. Even the local Nazi Party warden, Karl Kuhn, who also had shown up at Schmidt’s farm, claimed that they were beating the wrong man. “Perhaps it is his brother, Moritz, who lives some 50 kilometers away who you are after.” Was this true? Or a ruse just to get them to spare Albert?

The SS men tacked with Kuhn’s wind. “Wasn’t it this Jew Moses who reported the farmer August Kloes to the authorities three years ago?” It seems that at a 1930 local Nazi picnic Herr Kloes had ever so innocently hurled a beer bottle into Moses’ face, knocking out a tooth. That eventually cost him a 50 RM fine, plus court costs, plus dental bills. But that was before Hitler ran Parliament. Now the boys in their uniforms wanted the money back.

The bloodied Moses begged them to stop the beating and let him get them money from his own apartment. He only had 20 RM on hand, so he returned with that and a notion that they would let him borrow the rest from a neighboring farmer, one Wilhelm Orth. And it was at Orth’s farm that Albert’s wife, Gerda, leaving her infant son asleep at home, tried to join him.

The police report reads that upon her arrival, she protested being “addressed informally” by a couple of the SS men. “Informally?” One can guess what pearls of delicacy these fine young men lay at the feet of the young wife and mother. Schlampe, Judenhure? The local policeman’s report left out the exact words. What he did write, however, was that they commenced to smash her face in with their clubs, breaking her nose and leaving her with two blackened eyes. 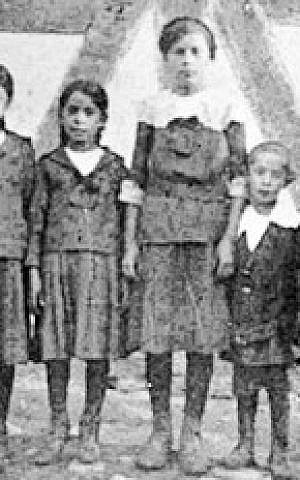 The next week the scene was repeated, but this time the SS boys from out of town demanded a different sum. Now, from Albert’s nearly 70 year-old father, Yehuda Levi, as Albert wasn’t to be found. Bursting into the Moses apartment they tried to force Gerda to sign papers admitting a new debt of some 350 RM. Thinking quickly, she flung open her window and screamed for help. Neighbors ran for Schmidt. He tried to throw the intruders out. But perhaps they felt that the door was too difficult to exit, for instead they took Judah Levi Moses, and flung him into it hard enough that the door was torn from its hinges. 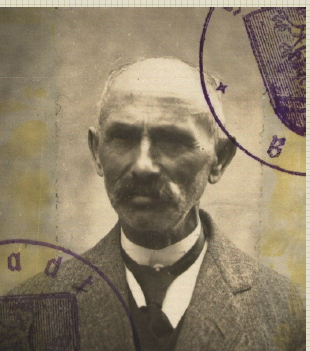 If not for the large crowd that had assembled in front of Schmidt’s house, they would have been able to force Yehuda Levi into their car. But as the police report reads, “the crowd was on Schmidt’s side because he was protecting the Jews.”

In the farmlands of 1933 Germany, there was still some semblance of law and order. In fact, the local functionary who received the police report recommended bringing the SS men involved into court as a matter of course. He also singled out their leader, a certain Herr Knoche. Knoche was a teacher and the recommendation was that his actions should also be reported to his school board.

That semblance of law, though, was a thin, delicate shell, covering a roiling inferno that was growing more dangerous by the day. These rural Jews were not Berlin sophisticates who read Goethe, listened to Beethoven and held philosophical debates in coffee shops. They were traders who scraped by, growing their own vegetables and slaughtering their own livestock to make kosher sausage. Did they have a sense of what was coming? Bloodied and beaten, yet still not without friends among the gentiles in whose world they lived, what inkling could they have had? Did they hear something ticking as they tended to their still small wounds?

Gerda, though her nose was broken, held onto the scent of blood that was in the air. To beat a man was one thing; but to bash a woman in the face? Her instigation began the arduous process of filing for passports, selling anything that could be sold and searching for a way out. The records show that by the fall of 1933 applications for travel were submitted. Soon after Kristallnacht, passports in hand, all but two of the extended Moses family (Gerda insisted that her six siblings and mother leave as well) were on their way to a new life across the ocean. Moritz and his married sister, Nanni, would not make it. They would be incinerated in Poland.

Is there a way to find reason in the horrid flames of Nazi destruction? Can a macabre accounting place the bravery of farmer Schmidt as less significant than the viciousness of teacher Knoche? Without that night of blood, inertia might have led an entire clan to their deaths in the East instead of new life in the West. That Moses family, settled for 300 years in the green pastures they knew so well, might have awakened to the danger too late to do anything about it.

The irony of Knoche’s terror is that today, the only one who mentions his name is the very grandson of the woman whom he beat with his club. At least here, in some small way, abject evil of the past has been turned on its head and a bit of what was smashed can be made whole.