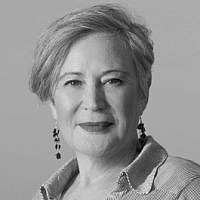 We sing these words in the epic national anthem, “Hatikvah,” “The Hope.” This is not, you see, a triumphant song of victory, at least not in the conventional sense. There is no fanfare when singing Hatikvah, more of a solemn, still remembrance than the cry of champions. And yet, I refuse to see this as a contradiction in terms. Instead, I suggest we rethink what exactly it means to celebrate this very imperfect country on its milestone 70th. Our resilience of spirit and persistence in action are themselves worth celebrating.

And yet, it would seem out of place for Women of the Wall to enter Israel’s Independence Day with unqualified glee. After all, this country has hardly extended arms of friendship to the fighters for our cause. Over the past thirty years, Women of the Wall supporters have been subjected to invasive strip searches, damaging smear campaigns, projectiles lobbed from beyond the mechitzah (partition), and arduous legal battles. On the face of it, it has been made clear that our presence is unwelcome. After thirty years, are we just brazenly naive? After thirty years, is it not time for us to ditch the Wall and accept that we are unlikely to reverse our public image as provocateurs?

Our answer can be expressed in our singing of “Hatikvah” at the end of every Rosh Hodesh service: “Our hope is not yet lost.” Unlike an upbeat “fight song,” “Hatikvah” declares not “We made it!” but “We are always longing.” And in that yearning is also much jubilation. Because ours is a legacy of raising our voices – in song, in prayer, in protest. And we know how far our voices carry. This is why I celebrate.

Our response also reverberates through the heartwarming remarks from young women for whom the sight of a woman in tallit or tefillin, or lifting a Torah scroll in the air, is unremarkable – “What, was it not always like this?” they inquire sincerely. After thirty years of WOW’s dedicated efforts, there are more women than ever who are empowered to take more active and empowered roles in Jewish ritual, and who increasingly refuse to be silenced. Thirty years later, and the landscape is distinctly different, in ways that count. For this, I wave my flag with pride.

The etymological origin story of the name Israel in the Torah is explained to mean “one who struggles with G-d and humankind.” Later, the Land is described as “a land that consumes its inhabitants.” This is not a place for the meek.

This is the land of dreamers, those with faith and vision, and a willingness to put these hopes into action. This is the land of pioneers and veterans. This place is the site of tenacity – chutzpah – and talking back. This is exactly where fiercely determined Women of the Wall belong and thrive.

And so, we too are here to hope and to struggle, but also to celebrate. We are still here, because we know our voices shape the conversation. As we keep giving voice to the grand historical hope, “Hatikvah,” we will keep waving our blue-and-white flags as a celebration of our own striving.

About the Author
Lesley Sachs is the 2014 recipient of the NCJW Jewel Bellush Outstanding Israeli Feminist award and was one of the founding members of “Isha L’isha – Haifa’s Feminist Center” and worked for 10 years in the Israel Women’s Network. Lesley served as executive director of the Israel Religious Action Center (IRAC), vice president of the World Union For Progressive Judaism and founding director of Project, Kesher Israel. She is currently working as the executive director of Women of the Wall. She served on the board of directors for the Jerusalem Women’s Shelter, board of directors for the JNF-KKL and currently she is chair of the pre-army mechina Michmanim in Jaffa.
Related Topics
Related Posts
Lesley Sachs
Comments