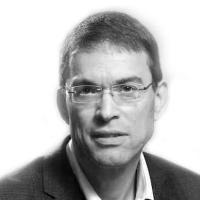 The Blogs
Assaf Orion
Apply for a Blog
Advertisement
Please note that the posts on The Blogs are contributed by third parties. The opinions, facts and any media content in them are presented solely by the authors, and neither The Times of Israel nor its partners assume any responsibility for them. Please contact us in case of abuse. In case of abuse,
Report this post.

In March, the UN secretary-general released its periodic report on implementation of Resolution 1701 from the end of October 2018 through the first half of February 2019. First on the report’s agenda was the subject of Hezbollah tunnels, which were exposed and neutralized by the IDF during Operation Northern Shield between December 4, 2018 and January 13, 2019. In his conclusion, the secretary-general stated that “non-compliance with Resolution 1701 increases the risk of tensions and possible escalation,” that he was “extremely concerned about the existence of tunnels that cross the Blue Line in violation of Resolution 1701,” and that he “encourage[s] the Lebanese Armed Forces to undertake all necessary investigations on the Lebanese side in regard to the tunnels and to ensure that they no longer pose a security risk.” The report not only clearly puts the responsibility for the violations on the Lebanese government, but also exposes familiar aspects of the serious security reality in the area of operations of the United Nations Interim Force in Lebanon (UNIFIL), including the modus operandi of the various Lebanese armed elements and the constraints on UNIFIL activity.

According to the report, the IDF announced that it discovered six tunnels. UNIFIL verified the existence of five tunnels south of the Blue Line, and concluded that two of them (near Metulla and Zarit) indeed crossed the Blue Line. The reason for the discrepancy was due to obstacles and “low visibility inside the tunnels,” UNIFIL was unable to verify the IDF’s findings about all six tunnels inside Israeli territory. In Lebanon, the UNIFIL force encountered more than visibility difficulties: on December 24, 2018, the IDF poured liquid concrete into the tunnels at Metulla, south of Kafr Kila. Two days later, the UN observers discerned a flow of concrete from a chicken coop (formerly a concrete factory) in the village, about one hundred meters north of the Blue Line. A UNIFIL patrol that tried to reach the site was denied access to the site by dozens of activists “wearing civilian clothes” and several vehicles, as well as by police officers and police vehicles. A Lebanese Armed Forces squad on site did not intervene. On December 29, the UNIFIL force reported that a tunnel opening was in the factory that crossed the Blue Line in violation of Resolution 1701. UNIFIL’s insistent requests to the Lebanese authorities to take immediate further action in this regard were left unanswered, and UNIFIL’s access to the site continues to be prevented by the Lebanese Armed Forces, despite repeated requests, on the pretext that the site in question is “private property.”

For anyone who has closely monitored the reality in southern Lebanon since 2006, the report offers little new. Hezbollah maintains prohibited military infrastructure and continuous operations throughout Lebanon, including in the area under UNIFIL’s mandate. For the most part, the operations are carried out in secrecy under the guise of civilian activities and are embedded in populated areas. UNIFIL continues its routine missions in the area (the report mentions 14,386 monthly military operations, half of which are patrols), without significant findings. It coordinates its operations with the Lebanese Armed Forces, which in turn coordinate with Hezbollah and exert all efforts to prevent the UN forces from coming into contact with prohibited military infrastructure and operations and from publicly exposing them. Hezbollah activists in civilian clothes use force to prevent UN troops’ free movement, with roadblocks, harassment, threats, and theft of electronic equipment; at their discretion, they also resort to violence – sometimes lethal – against UNIFIL forces. The access to illicit sites, both in populated areas and in “nature reserves,” is prevented by the Lebanese government on the pretexts of “private property” and individual rights. The countries contributing to UNIFIL have internalized the deterring message, and their forces take care to not risk exposing and embarrassing the organization.

For its part, Israel continues its significant intelligence efforts, some of which are documented in the report as violations of Lebanon’s sovereign airspace: about one hundred violations and more than 260 flying hours per month, the majority with unmanned aerial vehicles. Israel’s intelligence findings enable it to improve its preparedness for war, but also to report Hezbollah and Lebanese violations to the international community. For the most part, UN officials treat the information received from Israel as mere “allegations,” and the current report routinely notes that “the United Nations is not in a position to verify these reports independently.” Operation Northern Shield enabled Israel, for the first time, not only to expose Hezbollah infrastructure in its territory, but also to expose an opening to one of the tunnels in Lebanese territory (through flooding). This method exposed both Hezbollah’s secret infrastructure in the area, and the Lebanese government and military’s collusion in the violations concealment, in efforts to impede UNIFIL to fulfill its mandate.

Due to the flagrant exposure of the facts on the ground – and under it – the report uses wording that is more precise than usual, defining the tunnels as a violation and ascribing responsibility to the Lebanese government. The report acknowledges Nasrallah’s public declarations that Hezbollah is in possession of weapons, including precision missiles, which the UN considers an infringement on Lebanon’s sovereignty. The report also conveys relatively harsh criticism of the Lebanese government’s cover-up and procrastination in investigating the incident of August 4, 2018, when a UNIFIL patrol was attacked near Majdal Zoun by twenty activists, some of whom were armed: not only does the version of the Lebanese Armed Forces contradict the UN investigation’s findings, but eight months later, the government has not found the perpetrators or instituted any legal proceedings. Also blatant is the Lebanese government’s procrastination in investigating and prosecuting previous attacks on UNIFIL, some of which were lethal, committed in 2014, 2011, 2007, and even in 1980.

However, notwithstanding the Lebanese government’s unequivocal active complicity in concealing Hezbollah violations of Resolution 1701 contrary to its public and official commitment to the resolution, the United Nations continues to lean on this highly tenuous prop as the key component of a long range solution for the theater’s security challenges. Once again it calls upon the President of Lebanon to fulfill his obligation to advance a dialogue on national security strategy and once again encourages the contributing countries to continue investing resources to reinforce the Lebanese Armed Forces and its navy – efforts that mainly enable the international community to demonstrate some action without much risk and with little investment.

For Israel, there are several important implications from this report. In terms of Operation Northern Shield and construction of the border fence, UNIFIL again proved its value – as a moderating buffer that reduces the risks of friction along the Blue Line; as an effective liaison between the parties; and when faced with concrete irrefutable facts, as an important reporter to the Security Council. Israel should call for the United Nations to complete the investigation of the additional tunnels, uncover the tunnel openings in Lebanese territory, and refute the baseless claim of “private property” – a pretext attempting to provide immunity to terrorist organizations husbanding prohibited military infrastructure. Israel should strive to expose additional Hezbollah assets by similar proof-generating methods and not just with published photographs. This may help to ensure that its violation reports are not merely deemed “allegations,” but rather concrete facts presented to the international community.

It is now indisputable that UNIFIL is firmly denied access to Hezbollah infrastructure and operations, and therefore, no benefit is derived from the extensive scope of UNIFIL activities or from the major deployment of forces required for them. The large number of missions listed in the United Nations reports primarily serves to create a false impression of “saturating the area” with United Nations forces that ostensibly prevent prohibited military activity. In fact, these reports help to obfuscate the gravity of the consistent violations by Hezbollah and the Lebanese government. When fighting breaks out, Israel will find itself fighting against Hezbollah in a theater saturated with United Nations forces, which will constitute a severe constraint on the IDF’s use of force, and a serious risk to the UN forces. Considering these two facts, Israel would be wise to take action to significantly downsize the UNIFIL force, which currently numbers 10,315 soldiers, and to focus its main activities along the Blue Line. Downsizing the UNIFIL forces is also consistent with the United Nations trend of transferring some of UNIFIL’s missions to the Lebanese Navy and Army, where there is still an expectation that Lebanon will promote the deployment of a “model regiment” to southern Lebanon.

The UN report cites Israel’s claims that Hezbollah is armed by Iran – against the backdrop of massive international economic and political pressure, including the United States sanctions on Iran and Britain’s declaration that Hezbollah is a terrorist organization. UNIFIL constitutes an important source of income for Lebanon, both indirectly, as a result of services that UNIFIL forces consume, and directly, as a result of local projects and the employment of 576 local workers. A significant cutback in UNIFIL forces, workforce, and budgets will increase the burden on Hezbollah and on the population supporting it, and will intensify the hardships that Hezbollah already faces. It would be advisable for Israel to encourage such courses of action and urge additional countries to adopt the definition of Hezbollah as a terrorist organization, without the artificial distinction between Hezbollah’s military and civilian wings.

Finally, the tunnel incidents clearly demonstrate the tension between the reality on the ground and the international policy that supports the Lebanese Armed Forces as a source of hope for an established Lebanese statehood. In fact, the Lebanese Armed Forces take an active part in concealing Hezbollah’s prohibited military operations. Israel must take action vis-à-vis the contributing countries, mainly the United States, in order to influence the continued assistance to the Lebanese Armed Forces, focusing on counterterrorist and border-security missions (particularly with regard to Syria), but also while making the assistance contingent upon Lebanon fulfilling its commitments to United Nations Resolutions 1701, 1559, and others.

Republished by permission from INSS.

About the Author
Brigadier general (Res.) Assaf Orion is the director of the Israel-China program at Israel’s INSS and the Liz and Mony Rueven International Fellow with The Washington Institute.
Related Topics
Related Posts
Comments