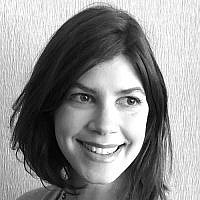 The Blogs
Sheila Nesis
Apply for a Blog
Please note that the posts on The Blogs are contributed by third parties. The opinions, facts and any media content in them are presented solely by the authors, and neither The Times of Israel nor its partners assume any responsibility for them. Please contact us in case of abuse. In case of abuse,
Report this post.

On Monday, October 2, 2017, I was summoned to appear for my citizenship interview in Denver, CO. I showed up about 30 minutes before my scheduled time, presented my official appointment notice, passed through security, and moved quickly to a large chair-filled space similar to a waiting room at a doctor’s practice. After some time, I was finally summoned to walk through my indicated doorway. My interview consisted of a reading and writing test and  several oral questions randomly selected from the list of one hundred that I had studied regarding American Government, History, and Civics.

I was also asked to confirm my identity through personal questions related to my application file. What had looked like a stack of papers on the officer’s desk was actually my personal file, a folder containing all relevant information from my first visa application back in 2007. Supposedly, everything about me was there, and would be used, along with my performance on the test, to determine if I would be granted naturalization. Everything about me was in that folder, except a few things…and maybe what was left out reveals more about me and my early years navigating life in a foreign country than the facts detailed in my file.

April 15, 2008: It’s been less than a year since I relocated from Buenos Aires to NYC. I’m told taxes are a serious thing here in the U.S. (perhaps I should mention that Argentina is not the most fiscally responsible country). I meet with an accountant who knows how to prepare clergy taxes (clergy are complicated individuals, even in the eyes of the IRS). I present all necessary paperwork. I wonder why I wasn’t  offered electronic filing, but all I know for sure is that it’s  April 14th around 8:00 pm and I have not submitted my taxes. I’m seriously worried. I didn’t know about filing an extension, so I have to get my return  to the post office before midnight.

The only post office open is the General Post office on 33rd and 8th Ave. I get in a cab and give directions: “To Thirty third and Eighth Ave, please”– a tongue twister for non native English speakers–so I’m just hoping the cab driver knows where I need to go. I arrive and…EVERYBODY is there. Literally, hundreds of New Yorkers inside this majestic, historic building, on the floor putting their returns together, addressing envelopes, eating and listening to music.  Turns out I’ve arrived at the ultimate NYC party. Clearly, there is a group of folks for whom taxes at the General Post Office on the night of April 14th must be a tradition. It was not a tradition that I ultimately embraced.

January 20th, 2009: A dear friend offered me a ticket to President Barack Obama’s Inauguration. I, along with a handful of others in their  20’s drive to D.C. Fast forward to the night after the Inauguration as some of our group prepare to return to NYC.  One young man in our remaining group has a driver’s license. He…and I, with my international driver’s license (yes, there is such a thing) are the only two who can legally steer us home. When he tells me he’s too tired to continue driving, I take over.  Have I mentioned I had never driven in the United States? I get behind the wheel and start  driving. Everybody is awake, but very, very quiet. I guess I should also mention that in Argentina speed is measured in kilometers and kilometers was what I was reading as the speedometer needle hovered at 90.  When I finally realize my miscalculation, I abruptly slow down. Luckily, the end of this story doesn’t include a crash. However, it does include a policeman and a warning, but not a night at the police station.

I look back at these and other memories and I can now remember them with humor. I’m amazed at all the situations I went through, all the unknowns and things I had to learn. But I’m now aware of how extremely lucky I’ve been that  people took a chance on me despite my accent, despite differences in culture and family upbringing. Being an immigrant is extremely difficult, even in the best possible circumstances and with the type of support that I was lucky to have. Not everybody is that lucky, which brings me to the present, March of 2021, a year into this pandemic.

For many of us, it’s been almost a year without hugging many of our loved ones, without a regular school or work routine. Almost a year without a casual conversation with a stranger, without meeting new people or traveling, without a visit to a Museum. If our reality pre-pandemic was our nation, we are now strangers, we are all immigrants. We live in this changed world with a sense of not quite belonging, trying to make it work, struggling with things that were so easy or natural in that other habitat, (like my struggle to pronounce thirty-third street) the one we had known for so long.

As immigrants in this reality, we find ourselves wanting to fit in (because we have no choice), but still nostalgic about that other place we know, we knew, our place of belonging. And I insist: being an immigrant is extremely difficult, even under the best conditions and with a support system that many of us have had in these unprecedented times.

And yet, our tradition insists that we must remember that we were strangers in the land of Egypt. Rabbi Damian Karo, Dean of the Ibero-American Institute for Reform Rabbinical Education in Buenos Aires, suggests that, perhaps, being a stranger can save us from a specific type of idolatry: The Idolatry Of Normality. Yes, even we, Jews, can fall into this type of idolatry: my home, my work, my routine, my friends, my family, my neighborhood; a walk around my block; the news in the newspaper and the on radio about science, art, cooking, discrimination, violence, racism, marginalization, they are our normal.

We need things to stay exactly the way they are. To save us from this kind of idolatry, and to wake us up to a moral conscience, Judaism says: Be a Stranger, Be an Immigrant. Be Uncomfortable. What is not working, what is not pretty, what is not just, it doesn’t have to be, work to change it. What is wonderful, a tender kiss, a tight hug, the aroma of home cooking, a candle dripping onto its candle holder, don’t normalize it. They are miracles, they are gifts.

I love being an American, but I still feel a lot like a stranger, and I like feeling this way. It’s ultimately what being Jewish really means to me.

About the Author
Sheila Nesis is a cantor and mother of two. She most recently served as Cantor at Temple Sinai in Denver, CO. Prior to that, she served progressive congregations in Phoenix, Scottsdale and New York City. Her writings appear in various Jewish publications, including Kveller, The Forward and Ritualwell, among others. Originally from Argentina, she currently resides in Portland, Maine.
Comments