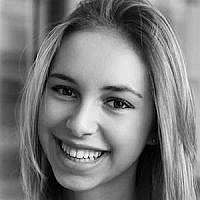 The Blogs
Alexandra Brenner
Apply for a Blog
Advertisement
Please note that the posts on The Blogs are contributed by third parties. The opinions, facts and any media content in them are presented solely by the authors, and neither The Times of Israel nor its partners assume any responsibility for them. Please contact us in case of abuse. In case of abuse,
Report this post.

With the upcoming election in Canada and an exorbitant amount of federal debates to watch, the topic of Israel somehow finds its way into the majority of the leader’s debates. The parties’ stances on Israel can be captured by Justin Trudeau, leader of the Liberal Party of Canada, in the recent Munk Debate: “all three of us support Israel and any Canadian government will.” On October 19th, if you care about Israel, it won’t matter who you vote for! This is great news for Canadians, especially since Israel has become a wedge issue in many other democracies like France and the UK. What makes Canada so unique is that voters won’t have to be thinking about Israel when going to the polls. You can vote your conscience based on meaningful issues to you and we should celebrate this!

All three party leaders have supported Israel’s right to defend itself, and have come out against the boycott, divestment and sanctions (BDS) movement.

Thomas Mulcair represents a balanced and centralist approach, one that resonates with Canadians. He reaffirms “Canada’s long-standing support for a negotiated, two-state solution… where Israelis and Palestinians can live in peace.” Former leaders of the NDP, Jack Layton and Alexa McDonough, have been taking steps in the past 10-15 years to be perceived as a pro-Israel party. Mulcair tells Canadians that “Israel has no better friend than the NDP.”

Justin Trudeau has categorically supported Israel. In July of 2014 when tensions erupted between Israel and Hamas, Trudeau said: “Israel has the right to defend itself and its people. Hamas is a terrorist organization and must cease its rocket attacks immediately.” In March of this year, Trudeau supported McGill students in their fight against BDS, tweeting: “The BDS movement… has no place on Canadian campuses. As a @McGillU alum, I’m disappointed. #EnoughIsEnough.”

The Conservative Party often talks about Israel as the only democracy in the Middle East, an extension of our own Canadian values. In the recent Munk Debate, Harper said, “Threats that are directed at that state [are] at the front line of the threats directed against us. We are not going to single out the Jewish state for attack and criticism. We recognize, unequivocally, the right of Israel to be a Jewish state and to defend itself.” When it comes to BDS, the Conservative Party has a “zero tolerance” stance.

Canada as a country has lined up in support of Israel, across party lines, both to defend itself, and against disproportionate hate towards Israel through the BDS campaign. Canada continues to strengthen its relationship with Israel with increasing partnerships with universities as well as the Canada-Israel Strategic Partnership MOU to increase cooperation in areas such as energy, security, international aid and development, innovation and promoting human rights on a global stage.

Most importantly of all, don’t forget to vote this October 19th. It’s your chance to have a voice and express support for what matters to you!