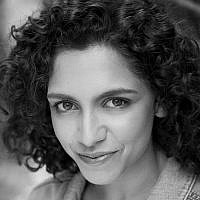 The Blogs
Nicole Abraham
Apply for a Blog
Advertisement
Please note that the posts on The Blogs are contributed by third parties. The opinions, facts and any media content in them are presented solely by the authors, and neither The Times of Israel nor its partners assume any responsibility for them. Please contact us in case of abuse. In case of abuse,
Report this post. 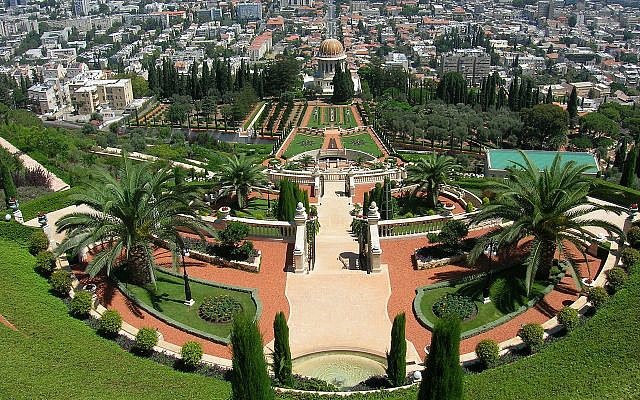 My parents raised me with two religions- Orthodox Jewish on my Mum’s side and Syrian Christian on my Dad’s. Not to be confused with Christianity in Syria, the Syrian Christians I refer to are a community of Christians in Kerala, South India, who originally converted from Hinduism, tracing their origins to the evangelisation of Thomas the Apostle. Unlike conventional Christianity, my Dad’s family will go to church to celebrate some Indian Hindu festivals (such as Onam), as well as the traditional Christian festivals.

I was baptised in India and later had my Bat Mitzvah at my school’s synagogue. I attended a Jewish school from the ages 4 to 16, before moving to the local Christian sixth-form. Growing up, I’d sometimes have to go to synagogue on the Saturday and Church on the Sunday which, as an 8 year old, I just found annoying. Having spent the whole week ‘working hard’ at school, all I wanted was a morning off to stay at home and watch my favourite programme, Arthur, on TV. Instead, I spent my weekend at Synagogue and Church, praying in Hebrew and Malayalum – two languages I couldn’t fully understand yet.

However growing up within two religions definitely has its advantages. I’m lucky to have large families on each side, with relatives living here, as well as in India and Israel. I am part of two richly diverse cultures with fascinating histories and ancient traditions. Due to my background, I have the choice to live and work in India and Israel, if I ever wanted to. I get to celebrate both Chanukah and Christmas. And I guess I don’t need to feel too guilty about eating the odd cheese burger?

It wasn’t until I spoke to people outside of my Jewish circle, when I was around 10, that I started to question the way I’d been brought up. When asked what religion I was, I’d naturally respond, ‘My mum’s Jewish and my Dad’s Christian’. They’d reply ‘yes, but what are you?’ and I’d struggle to answer such a seemingly simple question. I didn’t see myself as either solely Jewish or Christian. And I’d never had the pressure to conform to just one religion at home. To choose one over the other seemed, in a sense, a betrayal. I’d learned so much about my Jewish history and the holocaust from family members and school. To denounce Judaism would be to remove myself from those who had died fighting against anti-Semitism in world war 2 and throughout history. I felt Judaism was in my blood and something that could never be erased. (This leads to a bigger question of whether Judaism is a race or religion which I don’t attempt to answer here). Nevertheless, to say that I didn’t have any connection to Orthodox Syrian Christianity didn’t feel true either. So which religion should I choose? One day, feeling frustrated at this, I confronted my parents asking them ‘What religion am I supposed to be? I’ve been brought up in both. So am I Jewish or Christian?’ To which my Mum replied ‘You can be whatever you want, you could even be a Budhist if you like’… Not helpful Mum.

She had completely complicated the situation with her ridiculous comment. My initial problem in choosing between two religions had expanded to the roughly 4,200 religions in the world. This blew things into a much larger perspective. How can I know which religion is right when I only know 2 out of the 4,200? Having too much religious freedom at 10 years old was stressful. However, what I had dismissed as the worst piece of advice was actually the best. Her completely open minded attitude, tolerance and need not to comply with society’s conventions are some of the qualities I admire in her.

Many have said that it’s wrong to raise a child in two religions, that she/he will grow up confused or conflicted. Nevertheless, religion is in every sense inevitably confusing and complex. It attempts to address great philosophical questions, yet holds no solid answers. Of course, it is easier to have a neat, concrete perspective on religion, however I believe it’s much more real to hold a conflicted and messy religious world view.

When visiting my family in India a few of years ago, I was fortunate enough to travel to New Delhi and visit the breath-taking, Lotus temple. One year later, I found myself in Haifa, standing outside the Baháʼí Gardens, in complete awe of its beauty and tranquility. Both the Baháʼí Gardens and the Lotus temple are universal places of worship. They welcome every religion, focusing on the oneness of God, the oneness of Religion and the oneness of Mankind. It is not bounded by one specific religion but a multitude of religious perspectives. I was fascinated by this simple and beautiful idea. With all the religious conflicts that are going on in the world today, I wonder what would be the reaction of a similar place of prayer in London, the capital of diverse cultures and religions.

About the Author
Nicole Abraham is London born writer, actor and teacher. She is a staff writer for Kerala Link (a monthly English and Malayalam language news and features magazine, aimed at the South Indian community in the UK). As an actor, she has appeared in guest lead roles for BBC Casualty and BBC Doctors. She has also played leading roles for many London based theatres including The Royal Court Theatre, Stratford East Theatre Royal and the Park Theatre. Nicole completed an English Literature degree at Queen Mary university and she will be coming to Israel with MASA.
Related Topics
Related Posts
Comments