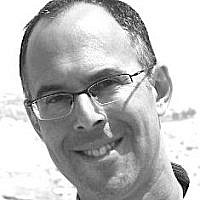 On a bike ride in the hills by my home, I see that where just yesterday there were no flowers, suddenly there are. Despite the coming winter—in fact, because of the coming winter—it is a welcome reminder that life lurks mysteriously beneath the surface, able to surprise and inspire. It is proof against all who claim that what was will necessarily continue to be.  The world around us is constantly changing.

This is especially important to remember nowadays when so many are able to see only the bleak political landscape, the collapse of efforts to build peace between Israelis and Palestinians, the instability sweeping through the region and the world, and, yes, the fear—tragically and honestly come by—from both recent and past experience.  Our difficult reality has brought many to the conclusion that we have no ability to shift the dynamic around us:  that we are actors trapped within a story over which we have no control.

Yet especially now, it is critical not to despair of the possibility for positive change.  It is essential to re-discover hope and to renew our confidence in our own ability to bring peace to our corner of the world.

Many forget that change is in our hands.  We can choose to accept the world as we receive it.  Or we can choose, by injecting our actions into the stream of human history, to re-make the world.  It is precisely our ability to create this seemingly miraculous newness through our actions that makes us human.

Instead of waiting passively for others, we can each ask how, with our own voice and leadership, can we inspire others to step up to the challenges ahead of us?  How can we signal clearly to our politicians that we will not continue to stand for the outgoing government’s lack of political vision?

The starting point for this is confidence in our own agency.

I was at a gathering recently and found myself speaking to the Middle-East correspondent of a major European news journal.  He told me with great confidence that Netanyahu was going to be re-elected.  How did he know this?  His argument was based on the number of things that needed to align in order for there to be a change.  He is right about that.  But he is wrong to think that just because of this point, and because of some polling that indicates that today’s winds are blowing in a direction against a shift from Right to Left, that such a shift will not—cannot—happen. This position is an example of a self-satisfied embrace of determinism that is both defeatist and, sadly, being adopted by many who should know better.

Some are people who feel disempowered and helpless.  Some are tired and cynical.  What they share is a resignation to be passive observers in their own stories—acting at times like an ephemeral Greek chorus that comments and criticizes without being able to affect.  Many with strong views that change is needed continue to perceive that engaging in public discourse and even voting will have no impact.  These beliefs are antithetical to the continued existence of Israel as a free society.  They are also anathema to the principles upon which Israel was founded—that a people without power could mobilize to take an active, powerful role in determining its future.  The Zionist founders of Israel possessed a deep appreciation of their capacity to act—both as individuals and in solidarity.  They were not dissuaded by the many hurdles in front of them as they sought to build state power.

One of our key challenges today is how to exercise this state power in order to bring about a just, shared society within Israel, and in order to live in peace with our neighbors adjacent to us—including with the Palestinians.  While we can certainly continue as a state without overcoming these challenges, the cost will be painfully, unnecessarily high.  It is worth considering if this is, indeed, what we want.  It is by no means inevitable.  By sending a clear message to our political leadership now we can shape public discourse leading to the elections.  By casting our votes on March 17th—and mobilizing others to vote together with us—we can determine their outcome.

It is precisely in our present situation that all who envision peace and justice between Israel and Palestinians must act to bring this new reality about.  Cynicism is an unbearable affectation.  Defeatism is inexcusable. 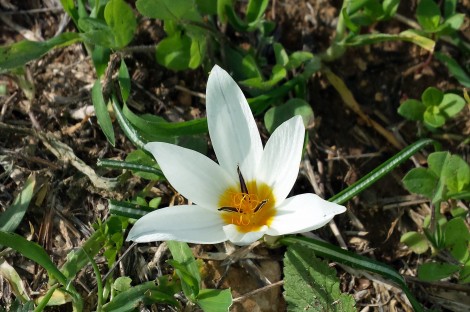 A sitvanit blooms in the hills around Modi’in
About the Author
Daniel Sherman is a strategic and organizational consultant focusing on peace and development issues. He served as a general staff officer in the Israel Defense Forces where he worked on the peace process; developed social welfare programs for disadvantaged Jewish communities in central and eastern Europe with the Joint Distribution Committee; and was international relations director for an Israeli human rights organization. He lectures regularly in Israel and the United States. He has spoken at Israel's National Defense College, Brown University's Watson Institute for International and Public Affairs, the Hebrew University of Jerusalem, Vassar College and the University of California, Irvine. He has also presented at conferences within Israel's Knesset.
Related Topics
Related Posts
Comments