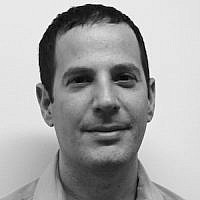 The Blogs
Joseph Mazor
Apply for a Blog
Advertisement
Please note that the posts on The Blogs are contributed by third parties. The opinions, facts and any media content in them are presented solely by the authors, and neither The Times of Israel nor its partners assume any responsibility for them. Please contact us in case of abuse. In case of abuse,
Report this post.

With the start of the August recess, members of Congress will be listening to their constituents’ views on the Iran nuclear agreement. What should we ask them to do?

Some claim that we should ask Congress to vote “no” because this would lead to a much better deal. This is unconvincing. Iran has a fair number of options (including signing a similar deal without the United States) that are clearly better than a capitulation to onerous new American demands.

Some claim that we should ask Congress to vote “yes” because no alternative deal is possible. This is also unconvincing. By almost all accounts, this agreement is favorable to Iran. Moreover, Iran obtains many benefits from having the United States on board, including elimination of American nuclear-related sanctions, better cooperation in combating Islamic State, and greater American reluctance to confront Iran in other areas (to avoid jeopardizing Iranian cooperation on the nuclear deal). Most importantly, without the United States on board, Iran has no guarantee that it will be allowed to become a nuclear-threshold state in 10 – 15 years (when the agreement’s sunset clauses, which eliminate key restrictions on Iran’s nuclear program, come into force).

Thus, a better deal is possible — one that asks Iran to make some concessions in order to obtain the benefits of American assent.

However, it will be difficult to obtain this better agreement if Congress simply votes “no.”  Iran is unlikely to return to the negotiating table to satisfy open-ended demands for new concessions, especially when it feels it has negotiated in good faith.

Instead, to obtain a better deal, Congress should vote “no” while also explicitly laying out the outlines of an alternative agreement that would obtain a “yes.”

What alternative, then, should Congress offer to endorse?

I propose the following: An agreement that is largely the same as the current deal with three key differences:

This alternative, I will argue, eliminates the least defensible and most dangerous parts of the current deal.  And since it also offers concessions to Iran and is better for every actor except Iranian hardliners, it will be very difficult for Iran to walk away.

The sunset clauses are by far the least defensible part of this agreement. The key premise of this deal is that, without trust, a state must be kept a year away from the bomb. Does Iran automatically become trustworthy simply because it has complied with the nuclear sanctions regime for 10 years? Iran has claimed that it is only interested in a peaceful nuclear program. Is there no way to enable Iran to have a peaceful nuclear program sufficient for its needs without allowing it to become a nuclear-weapons-threshold state?

Agreeing now to sunset clauses that come into force 10 – 15 years from now is an enormous and unnecessary gamble. What will Iran, the rest of the world, and the state of nuclear technology look like 10 – 15 years from now? Perhaps the world will be at peace and Iran will have reformed. In this case, the sunset clauses could be introduced as part of a renewed agreement. But there is little reason to commit today to a course that may turn out disastrously when the United States can revisit the questions in 10 years’ time with much greater knowledge.

The sunset clauses also lack sufficient democratic legitimacy. The more important a democratic decision and the more long-lasting its effects, the stronger the democratic mandate for it should be. At best, the sunset clauses commit this generation and all future generations of Americans to a nuclear-weapons-threshold Iran. This decision is too momentous to be made by a President who is supported by significantly less than half of Congress.

The sunset clauses also constitute the most dangerous part of this agreement. First, they create the most likely path to an Iranian nuclear bomb. Once Iran is a threshold state, the main factor preventing its dash to the bomb will be the threat of military force. But will the United States always be in a position to present a credible military threat that can be mobilized in weeks, especially when Iran has had years to prepare for it (e.g., by buying Russian anti-aircraft systems)? If not, then Iran may well obtain the bomb.

Without the guaranteed sunset clauses, Iran will have a much greater incentive to cheat in the first 10 years. It is therefore important to reduce the 24 day window Iran currently has to delay inspections of suspected nuclear sites. In combination with eliminating the sunset clauses, this will greatly reduce the likelihood of an Iranian nuclear bomb.

However, the problems with the sunset clauses go far beyond a nuclear-armed Iran. Fast-forward 15 years. Iran is now a nuclear-weapons-threshold state. Turkey, Saudi Arabia, and several other states now want to become threshold states, too. What is the world’s justification for saying “no”? If Iran, the world’s leading sponsor of terrorism, was allowed to become a threshold state why can’t they? And even if the world says “no,” the current agreement demonstrates that, by flouting the world’s “no,” these states will be able to negotiate their way to threshold status, albeit with some delay.

Who will police all of these threshold states? Who will threaten the militarily action needed to prevent their dashes to the bomb? Won’t other states also demand to become nuclear-threshold states? A world with a large number of nuclear-armed states seems all but inevitable. In preventing this terrifying future, the alternative agreement is clearly better for the United States and the world than the current one.

Yet three questions remain. First, is the alternative agreement better than simply saying “no”? Perhaps not, but the difference is not enormous. A Congressional “no” cannot restore the global sanctions regime, and therefore hundreds of billions of dollars and arms will flow to Iran in any case. More importantly, it is not clear that convincing a sufficient number of Democrats to simply vote “no” is possible. Focusing energy on pushing for a simple “no” carries too grave a risk of approval of the current deal.

Congressional Democrats will be searching for a compromise — a way of addressing concerns about the deal without being blamed for leading the United States towards war and for undermining President Obama’s hopes for Iranian/American rapprochement. Offering an alternative agreement that takes the current agreement as a baseline will be much more palatable to them than simply saying “no.”

Finally (and most importantly), how will Iran react?

Since this alternative is better for every major actor besides Iranians hardliners, the regime will be under significant pressure to renegotiate on its basis. Russia, China, and the EU care little about the sunset clauses (and may even welcome their elimination). These actors will also gain from the earlier sanctions relief and from the prospects of being part of the agreement’s renewal process. Liberal Iranians might be disappointed to see the automatic sunset clauses go. But they will be anxious to have access to American markets. And they too will gain from the earlier sanctions relief.

Of course, Iranian hardliners intent on waiting for the sunset clauses to obtain the bomb will be displeased to say the least. But they have no attractive alternatives to renegotiation.

Iran could dash for the bomb. But with the world’s attention focused on it, this would be very difficult to do. And since Congress offered a reasonable alternative, it is Iran who will be blamed for war.

Iran could simply reach an agreement with all the powers except the United States. But, in doing so, it will lose all the benefits of having the United States on board in exchange for keeping sunset clauses that are all but worthless without American assent.

With an offer of new concessions to assuage Iranian pride, returning to negotiations would be Iran’s least unattractive option.

We should therefore ask Congress to say “no”, while offering to say “yes” to a 10-year, renewable agreement without the sunset clauses. This is now our best chance of avoiding a nuclear-armed Iran and world.

About the Author
Joseph Mazor is a political philosopher who is currently a visiting academic at the LSE's Centre for the Philosophy of Natural and Social Science. His main areas of research include distributive justice, environmental ethics, bioethics, and democratic theory.
Related Topics
Related Posts
Comments