This week is the Muslim holiday of Id al-Adcha – the Festival of the Sacrifice – which is one of the main religious and cultural holidays in the Muslim calendar.  At a visit to the Israeli Arab town of Abu Ghosh this week, my Arab colleagues were talking about how they and their families are planning on enjoying their holiday.  They told me that lots of families from Abu Ghosh go on vacation to the Israeli port city of Eilat for the week, as do thousands of Muslim families from all over the country.

Later that day I spoke to another religious Muslim colleague, with whom I work together often, and he told me something similar. In addition, he added that his family would take day trips to nearby Israeli towns, like Haifa (Israel’s leading mixed Arab-Jewish city), since he and his family like vacationing inside Israel.

After this, I happened to visit two malls in Jerusalem, where I live, for different reasons. In each mall, I saw hundreds of Muslim families out shopping for food and clothing and gifts for this holiday. No one blinked an eye. No one said a word. No one harassed them. It seemed that no one even noticed. It appeared to be totally “normal” and acceptable.

And I wondered why. Why do Israeli Muslims so easily enter Jewish mails without fear? Why do thousands of Israeli Muslims travel to vacation spots all over Israel, without trepidation?

I think that there are three answers to my questions.

First, Palestinian Muslim Arabs of Israeli citizenship feel somewhat at home in Israel. After all, they are Israeli citizens. It says so clearly on their identity cards and their passports. And, some of them even like it! They feel comfortable here. They speak the language, share the workplace with Jews, especially in certain industries such as health and tourism, and they know the geography well. They are part and parcel of the landscape and of civil society here, despite all the inequalities they often suffer as a distinct minority group.

Secondly, Muslims who live in Israel have complete freedom of religion. They practice Islam fully and freely in this democratic society.  Unfortunately, the same cannot, be said, however, for Palestinian Muslims who live under occupation in the West Bank, who are frequently forbidden to pray at the Al Aksa mosque in Jerusalem for security reasons and who suffer the lack of freedom that comes with the occupation. In this way, Muslims within Israel live in a completely different reality than their counterparts in East Jerusalem and the West Bank.

Third, Israel is becoming more of a multicultural country, like most countries in the West, whether the Old Guard likes this or not. In addition to the great diversity among the Jewish majority — with immigrants and their descendants from more than 70 countries all over the world — Israel has a growing non-Jewish minority, which comprises almost 21% of its population. This non-Jewish majority is comprised of Muslims, Druze, Circassians, and many Christian denominations, including thousands of Christians from Africa among the asylum seekers in Tel Aviv and other cities. Israel is no longer the “melting pot” of the 1950’s but a richly diverse and colorful mixture of religions and races.

Within this mosaic, Islam in Israel is also diverse and fascinating. Similar to the Jewish population, we find within the Arab population Muslims of different world views and practices: ultra-Orthodox, Modern Orthodox, traditional, cultural and secular Muslims. And there are many fascinating Sufi sects which are more mystical and pluralistic.

All of these versions of Islam are alive and well in Israel, and they greatly outnumber the small groups of “radical Islam” or “political Islam,” even though you would not know this from reading the tabloids or watching the mainstream media. 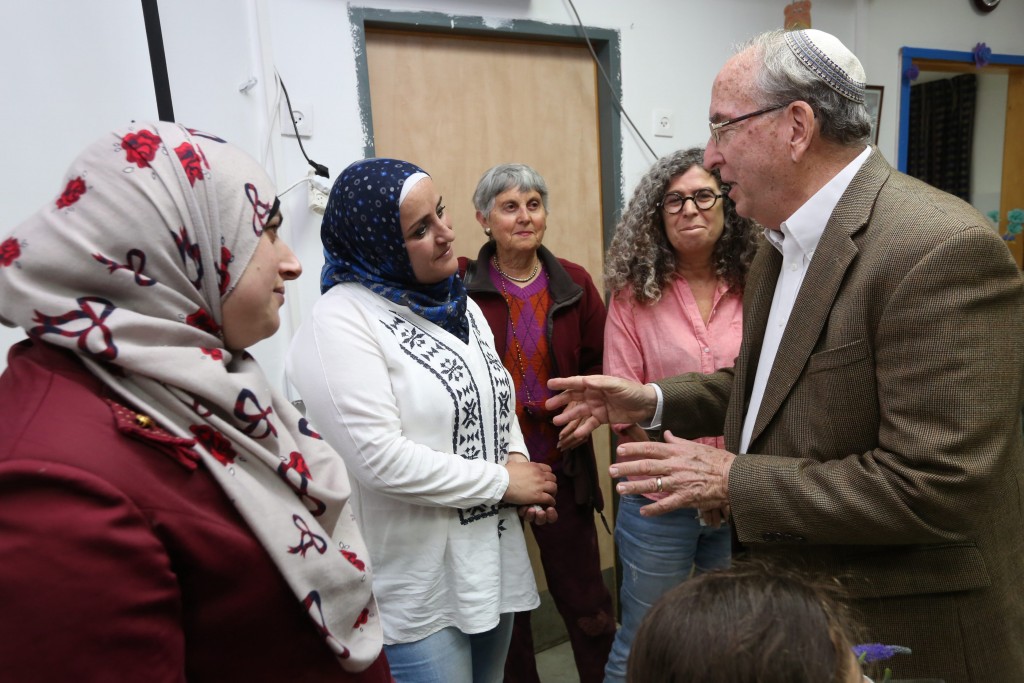 The unknown story, therefore, is that Islam in Israel — or what I have sometimes called “Israeli Islam” — is a unique phenomenon in the Middle East and in the Western world. It is no wonder, then, that so many thousands of Muslims are enjoying the holiday vacations this week in Eilat, Haifa, the Dead Sea and the Sea of Galilee. And we wish them Id Mubarak, Happy Holiday.