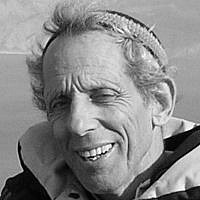 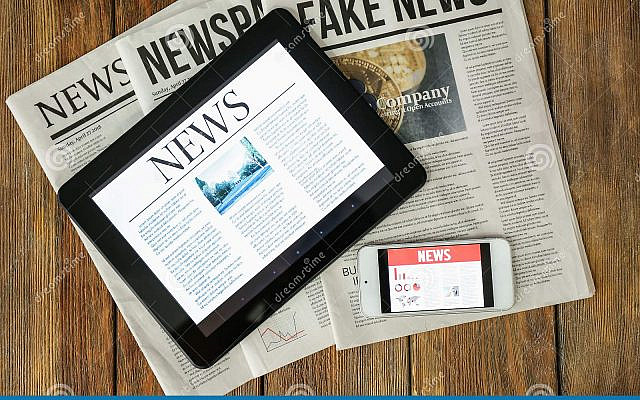 The Edmonton Daily Journal, at the time Canada’s largest newspaper, hired me as a “senior copy editor,” a fancy title with a fat salary for five people who decide whether a news item goes into the trashcan or the newspaper.

I was 37 years old, a graduate of The George Washington University School of Journalism with a resume of several years as a reporter and editor for various small-town and large metropolitan dailies and weeklies in Virginia and Canada.

Six weeks after I started work at the Journal with a salary I never dreamed of and haven’t seen since, I walked into the newsroom one morning and told the executive editor, ”I quit.” He was stunned and asked why. I didn’t even bother answering. He would not have understood.

Years before, I converted from Judaism to journalism. I believed that investigative reporting on the ills of society was the path to truth, or what today is popularly and incorrectly termed “tikun olam,” a Hebrew term that means “fixing the world.”

After six troubling weeks as a senior copy editor, my illusion was shattered. The short answer to my boss’ question was, “This is not news. This is a lie.” The long answer is that once an inbred prejudice skews reportage of one news item, it only is a matter of time until all the news becomes opinion.

In a twist of The New York Times slogan “All the news that’s fit to print,” most journalism in the United States, on which much of the world depends for reportage, has evolved into a media that “prints all the news that fits an agenda.”

In 1981, the big headlined news was the Israeli-Lebanese War, which I never had heard of before starting work because I had disconnected from news, society, family, and my Jewish religion for several years while working as an itinerant worker and fruit picker.

I grew up in a relatively observant Jewish family in Baltimore. My father, may his memory be for a blessed memory, and I walked a mile and a half back and forth to synagogue three times every Shabbat. We kept kosher.

I studied at a public school and learned in Hebrew school in the late afternoon twice a week and on Sunday morning. Israel was only 10 years old at the time, and the Hebrew school’s concern was that children should learn Torah and Jewish law lest they become assimilated. Zionism was never mentioned, if not discouraged, because of the Jewish state’s predominantly secular population.

The teachers and rabbis conveyed the message very well. When my parents returned from their first trip to Israel in 1960, I refused to look at photographs they had taken because Israel was not a religious state.

I mention all of this as a background to what happened during those six weeks at the Journal. I was detached from Judaism. I certainly was not a Zionist. I was a journalist and nothing else.

As a senior copy editor, I read the news from the wire services and decided whether it was interesting and worthy enough to appeal to the readers. That is how I discovered that there was a war in Lebanon.

Every day, I read the UPI and AP reports of Israel being an aggressor, attacking Lebanon and killing “freedom fighters.” The headlines, which I and my colleagues wrote, were based on the first paragraphs of the wire copy.

It was not until towards the end of the daily reports that the overseas reporters added that Lebanese “freedom fighters” and “guerrillas” earlier in the day had fired rockets into northern Israel villages and farms, wounding and killing citizens.

Here is just one example from the UPI archives of a report dated Feb. 3, 1981 under the headline “Israeli Commandos Attack Guerrillas in Lebanon”:

“TEL AVIV, Israel — Israeli commandos ambushed a jeep-load of Palestinian guerrillas 42 miles inside Lebanon, killing all of them in an overnight action announced Tuesday by the military command.”

After six more paragraphs containing details of the attack, the reporter finally added:

“Tension rose last week between Palestinian and Israeli forces after ten Israelis were wounded at northern Israeli border settlements in a rocket attack launched by guerrillas in southern Lebanon.”

The dispatch from the front did not end there. The reporter then brought readers back to the thesis that Israel was the aggressor and added more examples of Israel Defense Forces aerial and artillery attacks.

Day after day, I studied the same reports, and thought, “This doesn’t make sense. Why are reporters describing Israel as an aggressor in several paragraphs before even mentioning that the Israel Defense Forces retaliated out of self-defense? Lebanon, not Israel, is the aggressor, but the news reports convey the opposite.”

My idol, journalism, was shattered like the Golden Calf. Journalism no longer was my religion.

I didn’t realize at the time that mostly all wire service and senior journalists, without recourse, published their own prejudicial and slanted views of Israel as well of other events at home and abroad..

This phenomenon has infected every area of the news, whether it is Trump, Biden, the climate, Iran, Afghanistan, Covid, immigration, Big Tech or race.

My disillusionment preceded by more than 30 years recent revelations by former Associated Press reporter Matti Friedman of how the news is rigged against Israel.

Writing in the May 2021 edition of the journal Sapir, Mr. Friedman commented that journalists “see their job not as helping you understand events, but as pushing you toward their conclusions. They engineer their reporting to that end…. a character assassination that will stoke anger and punish the guilty party.”

The built-in presumption that Israel is guilty explains why most media judged Israel as the villain in the wars initiated by Hamas. It explains why the media presumed Israel to be the aggressor in the war in Lebanon in the 1980s.

And it explains why I walked away from a highly-paid position in an industry that promotes hatred against Israel.