Four years. That’s how long I have been living in Jerusalem.

For three and a half of those years, I spent almost all my time in the ‘Holy City’—save for occasional forays up and down the country. For the past seven months, I’ve spent more time in Tel Aviv than the Jerusalem desk I type this from. Yet despite the fact that I frequent the city less and less, Jerusalem is still where I think of as home in my adopted home.

Leaving Jerusalem for the bright lights of Tel Aviv, Ramat Gan, and the ‘Merkaz’ (the extended Tel Aviv metropolis including adjoining city-suburbs) is almost a rite of passage for every native-born Jerusalemite—and increasingly for many new immigrants to the city.

Yet despite the sense of inevitability about booking a mover to finally take your possessions to a new apartment in the West, it’s still difficult not to feel a sense of betrayal at leaving the city that remains only nominally the country’s capital.

Because in all practical respects—economically, socially, culturally—Tel Aviv is inarguably where it’s at.

Sometimes it feels as if living in Jerusalem foists more baggage on you than an allowance on a long-haul flight with a decent airline affords. Tel Avivians, always keen to serve as self-appointed “arbiters” of livability and sophistication, are often famously disdainful of the city (shamefully, in my view!) regarding it as primitive, unsophisticated, and “filled with Haredim and Arabs”.

‘Where Do You Live In Tel Aviv?’ 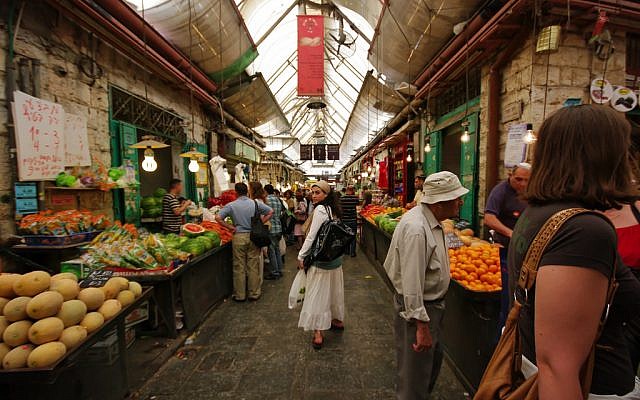 Friends abroad will assume you’re living in hipster Florentine (rather than the very differently hipster Nachalot) until you sheepishly tell them otherwise. You’ll find yourself murmuring, with an unwitting air of defense despite the fact that you are now proud of the city you live in, “no, no, I live in Jerusalem.” Quizzical looks often follow; genuine interest rarely does.

But in my eyes at least, Jerusalem will always be a far more interesting place than the monolithic skyscrapers and stretching beaches of Tel Aviv—of which I am as partial as the next guy.

Because even if Jerusalem were comprised solely of “Haredim and Arabs” (which it is not), it may still be able to lay claim to having more demographic diversity than its coastal rival.

The Jerusalem Municipality, a remarkably activist local government (for better or worse depending on what side of the city you live on), makes enormous strides towards attempting to stem the yearly exodus of young people from the city, vaunting its nascent startup scene, its growing employment opportunities (just not growing quite quickly enough), and investing in campaigns to promote the city’s quality of life. Which is what makes the fact that it seems to consistently fail in that endeavor seem all the more tragic.

Last week, the Central Bureau of Statistics announced that Jerusalem had slid 11 places in its latest municipal socioeconomic rankings (although it should be noted that the data was collected three years ago.) Without wishing to interject too much politics into this piece—I firmly believe that the city must remain above it—it’s hard not to wonder how that table will look five years into the future now that a conservative mayor, Moshe Leon, has once more seized the reins of power. (The outgoing secular mayor, Nir Barkat, is widely regarded as having transformed the city from the relatively derelict status it maintained under his predecessor). The numbers are hotly contested, but figures from the same body have frequently shown year-on-year declines in the number of people calling the city home.

At least during the four years I have lived in Jerusalem, the city has seemed permanently poised on the cusp of achieving greatness—or merely, bridging the growing gap with Tel Aviv—but year after year, that goal seems to quietly slip through its fingers.

Change Is In The Air 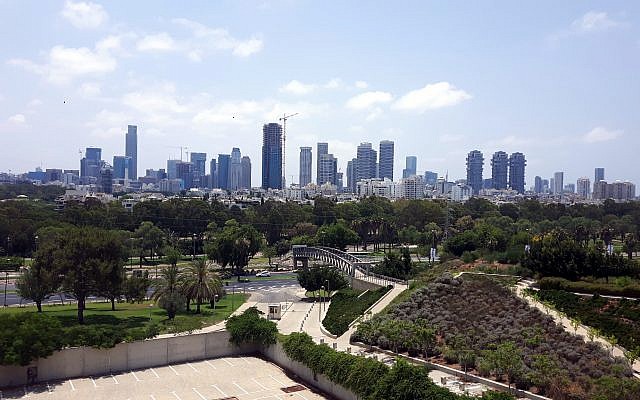 Jerusalem now has a WeWork (Tel Aviv, by comparison, has seven). Shuk Mahane Yehuda now reverberates with the sound of nightlife as well as hawkers screaming vegetable prices (although the good times have raised the ire of a nearby yeshiva which have repeatedly called on the Municipality to end the ‘loophole of debauchery’ that allows the party to keep going). The city is building a business district at the entrance to the city that could find itself under thirty minutes’ train ride from the high-rise skyscrapers off Arlozorov Avenue (if only the high speed rail were actually high speed, not seemingly riddled with safety issues, and actually traveled to Tel Aviv).

Diverse ethnic food is apparently on the way as ambitious restaurateurs—many of them immigrants—seek to shake up a culinary scene too long dominated by falafel stands and pasty shops. These ambitious entrepreneurs often hope to bring the best of their original countries’ cuisines to the city, typically adding a kosher twist to cater for local religious sensibilities. And for a brief moment (before it seems some coalition members were a little too eager to impress the political significance of Jerusalem upon the unmoved mandarins at the European Broadcasting Union), it seemed as if the Eurovision song contest may have been held within its bounds. However as the above lays bare, it’s hard not to attach parentheses to most of the city’s recent achievements.

Truthfully, though, even if I don’t share their view, I can’t blame a sizable proportion of the population for holding the city in such low regard irrespective of these seeming advances. Sometimes it feels as if conservatism and extremism is hard-wired into its very DNA.

Returning from a business trip to Tel Aviv last week (although they’re just one hour apart by road, commuting between the two cities gets old quickly), I hit gridlock traffic—the kind that makes attempting the ascent to the city Biblical-style on foot seem like a sensible option.

WhatsApp messages from friends and a cursory glance at Google News confirmed my suspicion—the delay was due to the recurring protests that the ultra-Orthodox Jerusalem Faction throw whenever one of their members has been arrested for draft evasion (several times per year, at least). Emerging onto the street, still filled with Border Police and protesters strewn across the ground, the air was pregnant once more with the overwhelming and nauseating stench of fake sewage (a riot dispersion method employed by the police). That’s certainly not the Jerusalem I know and love.

The Jerusalem I know and have (slowly) come to love is a place that has a laid-back energy and familiarity that makes it feel more like a provincial country town than a city of one million residents.

It is where the untold story of race relations between Jerusalem’s secular, religious, Arab, and Jewish residents plays out on a daily basis without fanfare, unnoticed by the world’s media—whose interest in the city is generally limited to capturing gory scenes of riots on the Temple Mount. That quietly, peacefully, and occasionally even in a spirit of friendship, the city’s populations work together and get along—if only on an interpersonal level, and if only when violence and extremism don’t rear their ugly heads.

The Jerusalem I l have come to understand and value is both a rectangle of land less than 1 square kilometer in size that is the epicenter of the Jewish narrative and an important center for the world’s other monotheistic faiths (not to mention some other fascinating communities) but also a functioning modern city that envelops and expands on it.

It’s a city where your glance can turn from a Coptic priest running errands to a kollel student hurrying to his night seder and (after time) it will barely cause you to bat an eyelid.  It’s a city that’s not hopping with nightlife, shops, or bars but (Friday night excepted) has just about enough of each to keep all but serious revelers entertained.

It’s a place where the conflict that has marred the city’s recent history is on almost full view, where you can transverse eons of history during the duration of a short walk, and through which it’s possible to take long and probably ill-advised walks from the Central Bus Station in West Jerusalem as far as the Security Barrier in Abu Dis—switching Hebrew for Arabic somewhere after passing the now invisible line along which Jordan used to man a border.

But for all its endearing features and the fact that I would sincerely love it to equal or better Tel Aviv, I’m not sure the city can ever surmount its fundamental problems.

A Confederation of Mini-Cities 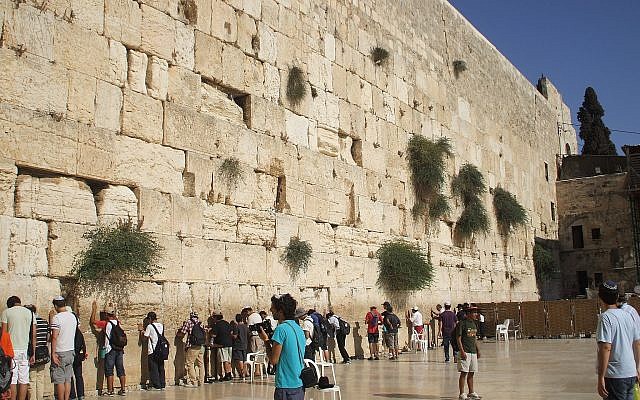 Even if relations between Arabs and Jews are superficially positive, there are certainly no deep reservoirs of goodwill between the two sides.

In my four years living here (outside of the contrived surroundings of dialogue groups), I’ve yet to see a woman in a hijab drinking coffee with a lady in traditional Jewish headdress. Or a man in a keffiyeh sitting next to one wearing a kippah and discussing the day’s newspaper.

At its core, Jerusalem is a loosely connected confederation of mini-cities that speak different languages (Hebrew, Yiddish, and Arabic), proclaim allegiance to different sovereigns, operate separate bus systems, and receive treatment in different hospitals. Populations that spend their lives walking along almost the same streets but living completely disconnected lives. The physical border may have vanished, but a cultural and socioeconomic one very much remains. What the maps label “Jerusalem” is better understood as three cities merged into one —West Jerusalem with its familiar downtown on Ben Yehuda Street, Haredi Jerusalem clustered off the ghetto-like alleyways of Mea Shearim, and East Jerusalem spread chaotically before (and sometimes over) the Security Barrier that divides territory held by the Jerusalem Municipality and that controlled by the PA.

When I reflect on the above, I think how remarkable it is that the city has managed to achieve what it has. Like many of its new residents, I never planned to make Jerusalem my home (my date of aliyah coincided most closely with the winter intake of Ulpan Etzion Jerusalem, which was followed by my first job at an industrial park on the city’s northern expanses). But I have slowly come to appreciate the complexity of Jerusalem’s dynamics and challenges—and my admiration for it grows as I do. That the city hasn’t yet imploded upon itself in a frenzy of infighting and disagreements is a testament to the determination of its communities to work together for the greater good even when their ultimate objectives remain so starkly different.

But I hope that it will always at least be a fascinating and enjoyable city in which to live.