A few weeks ago, I led a text study session at the first meeting of a new dialogue group of Jews and Muslims that I now co-lead with my friend and colleague, Kadi Iyad Zahalka, in a school in his village of Kufr Kara, in central Israel. Our new group brings together Jewish and Muslim religious leaders, educators, writers, academics and community leaders.

When I explicated some classical Biblical texts from the Holiness Code in Leviticus chapter 11 about the connection between “love your neighbor as yourself” and “love the stranger,” which both appear in the same chapter, I explained that this commandment is central in Judaism because we were “strangers in the land of Egypt” and therefore, more than any other people, we ought to know the soul of the stranger. After the lesson, one of the Muslims in the group turned to me and asked seriously: “Do the rabbis in Israel know these texts!” I answered that yes they all know them but somehow they do not consider them to be on the same level of importance as keeping Shabbat or kashrut or laws of family purity.

I told this story to a group of Jews and Arabs last week who paid an emotional and meaningful solidarity visit to the home of Suhad Abu Zmiro, a young Israeli Arab woman, who was attacked by Jewish youngsters in early March in a hate crime attack in a Jewish neighborhood of Jerusalem. The visit was organized by a group of Jews from kibbutzim in the north of Israel in cooperation with Tag Meir (Hebrew for “Light Tag” or perhaps better translated as “Value of Light”), a broad coalition of 35 organizations, including my organization, the Interreligious Coordinating Council in Israel.

Since Hanukah, the holiday of light, a year and a half ago, this coalition has been reacting immediately and with wide media exposure to all incidents of hate crimes in Israel, especially those committed under the slogan, Tag Mechir (Hebrew for “Price Tag”, which refers to the supposed “price” paid by those who oppose the settler Jewish nationalist right-wing ideology). These hate crimes demonstrate insidious anti-Arab and anti-left-wing hatred.

I was able to speak with Suhad personally about her story. She is a very personable, friendly and eloquent 26-year-old Israeli Arab religious woman, who wears a hijab and is not shy about her Arab Muslim identity, nor her Israeli citizenship, and her desire to be integrated into Israeli society. Married, with one child, her husband Ibrahim works as a nurse in Hadassah hospital in Jerusalem. Both of them speak perfect Hebrew.

Suhad teaches Arabic to Jewish students in a Jewish middle school in the town of Ramat HaSharon, just north of Tel Aviv. This is her first year as a teacher and she is very proud to be the first Arab teacher in this Jewish school. She sees herself as a representative of her community; through the force of her charming personality, she seeks to break down stereotypes that all Arabs are terrorists.

When Suhad introduced us to her father in her home, she said, with tears, that her father brought her up to believe that all people are to be treated with respect and equality and she was taught not to hate Jews. She also told us that the fact that we were there to visit her and her family gave her strength and hope.

She also related that the young boys in Jerusalem who spit on her and her friend, Revital (her Jewish co-teacher at the school in Ramat HaSharon), also called them names –her because she wore a hijab and was therefore Muslim and her friend because she was a Jewish woman who had befriended an Arab woman, obviously a taboo in the minds of these young Orthodox Jewish boys. “It was a shocking and humiliating incident,” she recalled.

Indeed, one of the central problems in Israeli society is that many of the children who attend orthodox and ultra-Orthodox Jewish schools are actually taught to disrespect and to hate the “other,” who is not a member of their religion. They limit the commandment of “love your neighbor as yourself” to their Jewish neighbors! In fact, over the past several years, ultra-orthodox Jewish youth have regularly been spitting on Christian clergy in the Old City! And, therefore, the fact that some of them attacked a young Muslim Arab woman for no other reason other than that she is Muslim can be seen as a direct result of their education!

If such an incident had happened the other way – a Jew being attacked by an Arab for no reason than that he or she is Jewish – voices of rabbis and Jewish organizations all over the world would be raised in moral indignation. To my dismay, we hardly hear them in Israel. 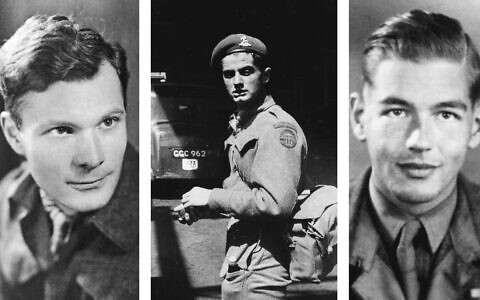 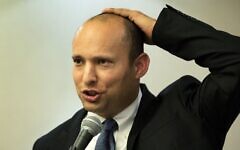 From bubblegum to magic tape, how Bennett’s kippa stays on and why it matters?
Ben Sales 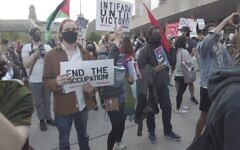