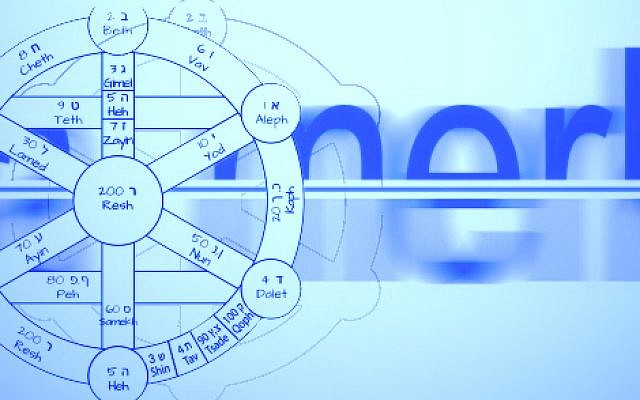 Welcome to my blog about Gematria, the Merkabah and the birth of the Alephbet.

So far this blog has been covering the basic material at a rapid pace. I’ve been setting out the side-dishes[1] at the table without much pause for written reflection or contemplation, but I trust that my readership will have done that for him or herself at home.

At least initially, I’ve found that this fast moving style of presentation to be the best teaching strategy that I can take with the majority of people. I have my limitations as a teacher to unpack the Merkabah. I’m not Jewish, I’m a Noachide, and I do not have the kind of first hand cultural experience that is the birthright of a Jew to be able to reference. For someone attempting to learn and teach this material that is a serious handicap. It does not prevent me from study but it certainly encourages some humility on my part and forces me to assess my limitations and my strengths as a teacher. I teach, but the best of my students teach me.

I’ve found that almost all students that are new to the material need to be shown that biblical gematria and the seven palaces are an authentic, sophisticated and beautiful part of ancient Judaic tradition. The establishment of this basic trust in the sod of the Torah is necessary to the student so that they can find a sure footing on a strong foundation in their own studies. So to accomplish this we have to set it all out for the student, as if it were laid out on the table before them.

Teach, once, twice, three times, until they have learnt. Should they learn and not teach, teach and not know? Set it out before them as if it is a laid table, as implied by Deuteronomy 4,35 -‘You have been shown, so that you might know’”. (Mechilta 21,1)

This type of introduction can be a little overwhelming for some, but it has the advantage of avoiding the creation of cognitive dissonance in the student when it comes to tackling some of the more challenging aspects of the field.

I’ve learned that if you’re posting material to social media platforms it’s best not to start teaching the material to newbies directly in a Q & A style of the comments section. Give them a link to an introduction instead (why not write one of your own) so they can get a good oversight of the material. As it is, many students refuse to accept the authenticity of any material that is not directly and plainly quotable from a historical open text, and I’ve had some students fail to see the unreasonableness of expecting a secret and sacred tradition to have an ancient instruction booklet attached.

Another hurdle for the teacher to overcome is misinformation. Unfortunately, many people’s first exposure to the Merkabah (outside of Jewery) is through Google and thus the tentacles of the million dollar California Guru industry. Thanks to cults and snake oil salesmen like ‘Frater Yod’, ‘Drunvalo Melchizedek‘ and ‘Crystalinks’, many people have the strange impression that a Merkabah is a shape made of 2 interlocking tetrahedrons of light. This gob-smacking explanation is offered by Crystalinks.com, who ranks number 2 in the Google search engine for “Merkabah”:

Merkabah, also spelled Merkaba, is the divine light vehicle allegedly used by ascended masters to connect with and reach those in tune with the higher realms. “Mer” means Light. “Ka” means Spirit. “Ba” means Body. Mer-Ka-Ba means the spirit/body surrounded by counter-rotating fields of light, (wheels within wheels), spirals of energy as in DNA, which transports spirit/body from one dimension to another.

Rather than tackle erroneous information in a piecemeal fashion, its best to set students on the right path straight away, by exposing the nonsense that is out there and the fraudsters behind it. I haven’t done that in this blog series because I trust that the readership of the Times of Israel doesn’t need that kind of intervention, but for reference... 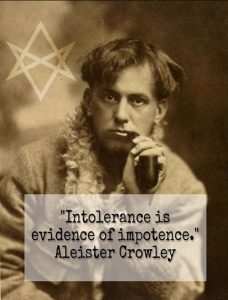 From the occult direction, magicians are advised not to mix “system with system”. There is the Merkabah, and then there’s what Aleister Crowley did with it while he was on his holidays[2].

Once the material has been laid out for the student and they have been shown, then greater context can be introduced and questions can be debated. Of course, that’s assuming that the student is satisfied that the warnings and prohibitions in the Talmud and Mishnah are outdated. Few goyim will think these prohibitions apply to them but others might believe that these are things that are best left unstudied. I try and respect other people’s autonomy in this matter and avoid speaking of the Merkabah with these people.

Biblical literalists who cannot appreciate the Tanakh from a symbolic and metaphysical perspective should also not be bothered by it. It is far too challenging for them, and they invariably insist that God would “not hide his word” from them. Most biblical literalists do a lot of what psychologists call ‘splitting’ and for them there is Good and Bad, Heaven and Hell, God and the Devil, the right way and the wrong way. Generally, if someone is not mentally well enough to study a first year degree in philosophy then they are advised to avoid the study of the Merkabah also.

Probably the best argument against the study of the Merkabah, at least in my estimation of it, is made in Pesachim. 119a. 2-5:

Its an argument to keep some things secret (sacred ) for God, but in Proverbs 25.2 it says;

בד אלהים הסתר דבר וכבד מלכים חקר דבר
Glory of Elohim to hide a word and Glory of Kings to find a word.

My opinion on the matter (though my opinion hardly matters) is that true secrets of the divine cannot be revealed by human speech no matter what is said or taught on earth. Take Pi for instance. What is Pi to the creator of all consciousness? It may be argued that only God may know Pi, but does that mean human beings cease trying to discover the next number in the sequence? But opinions vary and must be respected unless they’re obviously wrong and completely without merit.

Speaking of which, it’s very important to put your ego, your emotions, your attachments and your biases on the shelf when you use biblical gematria and the seven palaces to interpret any part of the Tanakh. I think I’ve spoken of this before, but a good attitude to approach gematria work is not from a state of awe or reverence but more like the boys from 221b Baker Street.  Don’t be discouraged if the first line of enquiry doesn’t pan out.  Don’t force the numbers, but allow the calculations to speak for themselves.  Keep on with the investigation.   Do that, and you’ll teach by example.

That’s all I’ve got time for today, so Shabbat Shalom, and stay tuned for more numerical honey!

[1] “The calculation of the equinoxes and gematriot are the side-dishes of wisdom.” ~ Pirkei Avot 3:23
[2] He used it as the basis of a syncretic magical system of personal development to be employed by the School of the A.’.A.’.