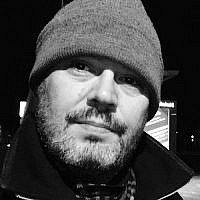 As a young adult I loved reading William Shirer’s book ‘The Rise and fall of the third Reich’. I read his other books too, ‘The collapse of the Third Republic’ about France and ‘This is Berlin” about his time as a reporter in wartime Berlin. But mostly I read and reread William Shirer’s great work on Hitler’s rise to power and the disaster which subsequently befell Europe.

I read other works on the subject as well. Anything I could get my hands on really. Joachim Fest, Werner Maser, Trevor Roper, Alan Bullock, I read them all. What always struck me was how easily Hitler achieved his goals. How irresistible his advance even though he could have been opposed with just a tiny bit of force. Just one extremist Jew with a gun, one honest judge with a gavel, a few politicians, a handful of men, just a few, just a trickle. Until he could no longer be resisted by either individuals or states and National Socialism had become a worldwide flood.

I relished the story. The contrast between good and evil. The utter foolishness of the West, the betrayal of what they stood for. The triumph of good, the rebirth of the Jewish state. I took it all in again and again, reassured as I was by the happy ending and being safely separated from all the suffering by many decades.

It is conveniently forgotten today that the outcome of the Second World War was not set. The Germans did not fight in order to lose the conflict. It seems to be that way from our perspective because we know how the story ends. But there is no guarantee for a happy ending. Good does not always triumph. As a matter of fact it usually doesn’t.

What fascinated me most, what reassured me, was that this was the exception. Here finally, when the need was greatest, the power of good had emerged in full force. Flawed of course, because created by humans, but it was here, it was real and it had defeated a real and terrible evil. Not with tolerance or understanding but with overwhelming, indiscriminate and disproportionate violence. This was a force of love in its own right with thousands of planes and millions of men, armed to the teeth, bloodied and dirty. Their sacrifice had brought victory over evil. Good had emerged on top and for a brief moment the world had changed. It wasn’t permanent. Just a fleeting moment of which we still reap the benefits. Without fully understanding why.

I am not so sure our kids one day will be reading about us the way I read about our parents and grandparents. Our current stupidity and blindness so similar to theirs, our unwillingness to face the great danger that we keep ignoring, the way they did, until it can no longer be ignored, does not guarantee another positive outcome. Quite the contrary. Though I cannot predict the future any better than you I do remember the books I read. And I remember that the pretext for starting this entire devastating conflict was the defense of persecuted minorities. Remember that?

This is why Munich took place and this is how Hitler justified his attack on Poland. Because German minorities were living in these countries and Hitler claimed he needed to come to their defense. Sure he made up an incident at Gleiwitz but the pretext was that Germans in Poland were under attack. That’s how the war started. So in order to avoid a repetition the Allies expelled millions of Germans and redrew the map of Eastern Europe in order to create demographically homogeneous countries. It wasn’t done out of spite or to punish the Germans. Leaders of the time understood that this was the best way to prevent any future power hungry dictator from using the pretext of defending persecuted minorities to start another war. Which brings us to Turkey and Erdogan. Or Putin and the Ukraine, if you will.

There are many possible reasons why there is a war in Ukraine. Political, economic, justified or not. But they are all pretty much irrelevant because none of these reasons would have existed without Stalin’s decision to flood half of that country with ethnic Russians so many years ago. That’s when the seeds of this conflict were sown. Even though Russians and Ukrainians lived together in harmony for many years and are basically indistinguishable from each other. When it was considered politically expedient to lit the fuse the powder keg was ready and waiting to be blown up. Now three years later Russians and Ukrainians, despite their many similarities, are still fighting each other and eighth thousand have been killed.

How much worse and potentially devastating is the situation in Western Europe? Think about it: The same people who declare Israel can only achieve peace by separating itself from the Palestinians by means of the two state solution, are importing millions of people with the exact same mindset that makes coexistence between Arabs and Jews impossible. Syria and Iraq didn’t fall apart because people loved each other so much. They are multi ethnic societies of scarcely distinguishable Muslims who hate everybody. Those who are different and those who are similar.

Recently there were elections in Holland and the Dutch now find themselves with three representatives of Erdogan’s AK party (DENK) in their parliament. For any dictator with an ax to grind this represents an unprecedented and fascinating opportunity. Hitler didn’t have seats in the Czech parliament but Erdogan, at least in the case of Holland, does. Plus he has a sizable minority in the low countries that he can pretend needs his protection. It’s not a coincidence that Erdogan picked a fight with Holland just before the elections. Israelis know better than anyone that if a middle eastern dictator smells weakness he is going to exploit it. And having three members of the Dutch parliament loyal to Erdogan represents an incredible weakness for a Western democracy without an army.

There is no incentive for Erdogan and his minions to take up a constructive posture. They have nothing to gain from cooperation and friendly smiles. If they want to grow and expand their influence the people of DENK need to do what Israel’s Arab parties do. Or what the Sudetengermans did. Which is to seek the confrontation at every opportunity so that Turks in Holland feel victimized and will continue to vote for Erdogan’s boys. Similar parties most likely will appear in other Western European countries with sizable Turkish minorities. Meanwhile Erdogan is also calling for Turks in Europe to have more babies to expand their influence. Which basically means he is expecting the Europeans to pay for their own colonization. Forget about Turkey seeking to join the EU. Parts of the EU might one day join Turkey. God only knows what forces of racism and nationalism this will awaken among the native Europeans. But can you really blame them?

Yeah I know what you are thinking: “Couldn’t happen to a nicer bunch of people”. But I tend to think of Abraham and disagree. Remember how he haggled with God over Sdom and Gomorrah? Sure you do. If there are just a few good people in Europe — just a handful and I know there are — then on their merit this place doesn’t deserve what is coming.