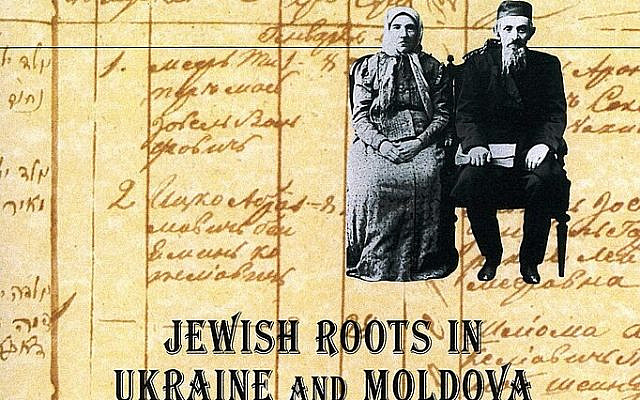 "Roots" does not mean what this book's author seems to thinks it does. Source: Wikimedia Commons

Amidst the ongoing Russian occupation of Ukraine, many Jews with diaspora history in Ukraine have taken to social media to discuss their family “roots” there. Among these voices were celebrities such as Matisyahu and Mila Kunis, the latter of whom was born in Ukraine and fled the country in large part due to antisemitic racism.

Many of these Jewish supporters of Ukraine have described themselves as “people of Ukrainian descent”, have spoken of Ukrainians as their “kinsmen”, and described Ukraine’s history and heritage as their own. They consider the situation in Ukraine “personal” for this very reason.

What is missing in all of this is the fact that diaspora history and descent are two completely different things, and the insistence of assimilationist-minded Jews in conflating these concepts has been nothing if not a boon for today’s generation of antisemites who see the key to our continued subordination in delegitimizing Jewishness as a distinct ethnic group and, by extension, our rights in Israel – our indigenous homeland.

It does nothing to help us. All it does, in reality, is buttress anti-Zionist arguments while enabling the sort of grotesque, twisted Holocaust inversion and distortion we see in this tweet… 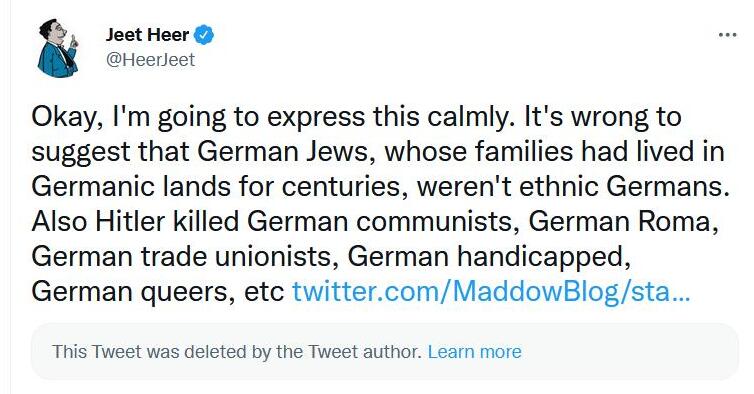 This is goysplaining of the worst sort. Absolutely unacceptable.
Source: My own screenshot

As a Jewish-American whose diaspora history (at least part of it) also took place in Ukraine, I feel I need to speak up.

What Is Diaspora History?

Diaspora is when a population departs – either by volition or force – from its indigenous homeland and sojourns in another part of the globe. These external territories are known as ‘diaspora countries’ or ‘host countries’. Diaspora status is generally marked by hyphenated conjunctions, e.g. Chinese-American, African-American, and so on. The country or region of ethnic origin comes first and the country of residence comes second.

But when does a diaspora cease to be a “diaspora”? In other words, when does a Korean-Italian (i.e. an ethnic Korean of Italian residence/nationality) cease to be Korean and become simply “Italian”? How long does one need to live outside of their indigenous homeland before they cease to be indigenous to it? Where is the cut-off point?

The answer is simple: there isn’t one.

Indigeneity does not expire by dint of how long one has been “away” from their country of origin. The only way that can happen is if the individual or population living in diaspora is completely absorbed into the native host majority. In most cases, this process occurs over a span of at least 2-3 generations, although it can vary depending on circumstances and pre-existing proximity between the diaspora population and the host.

Jews, despite their long (forced) sojourn outside of the Levant, were never absorbed into the host populations of the lands they found themselves in. Jews who lived or still live in Europe remain, to this day, ethnically distinct from their host majorities. Our identity as Jews, as a Levantine population, has remained and still remains fully intact. We were never absorbed by Germans, Russians, Poles or, more pertinently, Ukrainians. If we had been, we would not be here today as Jews, and these conversations would not be happening.

Diaspora history, therefore, relates to the period of our sojourn in foreign lands – outside of our native territory.

The ethnogenesis of the Jewish people took place in the Middle East – in the land of Israel. Therefore, ethnic Jews (i.e. all Jews, barring recent converts to Judaism) are, without exception, people of Middle Eastern/West Asian descent. This is why Jewish migration to Israel is referred to as “aliyah” or “ascent”. We descended from people who originated in the land of Israel, and we can now ascend, or go back to our homeland.

All too often, we see the term “descent” being used as a shorthand for “my family recently lived in that place”. But that is not what descent means. Descent means ethnic origins.

The reason we see this conflation so often is because most diasporas arrived to their current countries of residence directly via their country of origin. As a result, “ethnic origins” and “the place my family recently lived in” are, from the perspective of these groups, one and the same.

But the same does NOT hold true for the majority of Jews outside of Israel. Jewish-Americans, barring a couple hundred thousand who immigrated here directly from Israel, did not arrive to these shores from their “countries of origin”. Rather, they hopped from one diaspora land (e.g. Ukraine, Poland, Iraq, etc) to another (America). But because our experience is so unusual in this respect (and for reasons of political antisemitism, assimilationist aspirations, and Holocaust trauma), most people tend to conflate our recent diaspora history with our family roots. This is inaccurate and needs to stop.

Sympathizing with Ukraine and honoring our history there is one thing. Acting as though Ukrainians are our “kin” and that their history is our history is another.

We do not share Ukraine’s ethnic origins, history, language, national heroes, folklore, customs, cuisine. On the contrary, we have our own history, our own ethnic identity, our own folklore, our own cuisine, language, customs, and so on. I’m not talking about diaspora-based adaptations (e.g. Yiddish), but about our actual root culture: the one born and forged in Israel itself. Diaspora cultures can be seen as branches of our ancestral tree and we do share traditions such as. Each branch is still connected to our ancestral tree, and we mutually share the traditions of our indigenous homeland (i.e. the tree).

Our ethnic background is Levantine/West Asian. Not Ukrainian. Not Polish. Not German. Etc. The length of our exile does not mitigate the validity and relevance of that background one iota.

Ultimately, what we see here is stubborn maintenance of the 19th century Bundist dream of liberation through assimilation, i.e. that if we eliminate the aspects of Jewishness that are most bothersome to gentiles (namely, our identity as a distinct nation and ethnic group) and distort our identity into a religious one, acting as though we are nothing more than religious subsets of our former hosts (i.e. “just Ukrainians, Poles, Russians, etc who just happen to practice the Jewish religion”), we will be safe. However, this is a distortion of our reality, our experience, and our identity. It is assimilation. It is colonization.

This is not to say that a Jew who lives in Ukraine or has citizenship/residence there can’t identify with or care about it, or become acculturated into the host society.

Part of my diaspora history took place in Ukraine. I am not Ukrainian. I am not of Ukrainian descent. My family roots are not in Ukraine.

I am a Jew. I am of Levantine descent, and my family roots are in Judea.