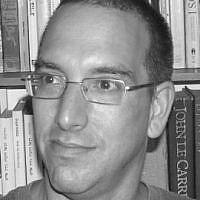 Facts, they say, are a stubborn thing. Of particular stubbornness are our own “pet facts” – whether statistical information, the results of attitude polls, geographical knowledge, or bits of information about history or religion – which we consider important, indeed crucial, to understanding the world. What’s more, these facts are often seen as shibboleths – identifying signs of one’s own, or the opponent’s, camp.

For example, to use the case of Islam, it is a fact that there are certain sayings by Muhammad or his followers which support Jihad, the subjugation of women, or similar things. It is also a fact that most Muslim nations are not democratic. On the other hand, it is also a fact that the vast majority of Muslims are not violent or terrorists, and many live in harmony and peace with others; or that other religious texts also contain shockingly immoral statements.

The problem is that these facts are misused. One side uses the first set of facts to prove Islam is a danger to the world, or to democracy, and dismisses those who note the opposite facts – due to the very fact that they say “most Muslims are not terrorists”, for example – as evidence that they are naïve about Islam’s evil. Another side uses the second set of facts, see themselves as fighting against hatred of Muslims, and see the very fact that their opponents say “Muhammad was a warlord” as evidence they are Islamophobic, evil men morally similar to those who feared the non-existent Jewish conspiracy to take over the world.

However popular, using facts in these two ways – as identifying shibboleths and as a compact, easy-to-remember set of “basic truths” that explain everything about a subject – are about the worst possible way to use facts, however accurate those facts may be in and of themselves.

When so used, it no longer really matters whether the facts are accurate, or, if so, whether they are actually significant or explain anything about the real, complex world. Instead, our set of pet facts – usually, as noted, a rather small one – becomes mere dogma, which both “explains” everything about the world. Their frequent public utterance (in conversation, online, etc.) and repetition identifies oneself to friend and foe alike as a member of a group that hold certain political or social views. The correct ones, of course, as would be perfectly clear to the dunderheads on the other side, if they would only stop ignoring the plain facts.

Both sides in this socio-political kabuki theatre are, at least, right about one thing. Both are often quite correct to ignore the other side’s facts and consider them no more than an identification tag. We do this not only for our political opponents. We also all know – for example – the anti-Semites who claim they just wish to “factually examine” the evidence for the holocaust, or the creationists who wish to give us the “facts for the other side” in the evolution – creation debate. This is no reason to take them seriously.

But, to reverse and old saying, we are correct to see a beam in the creationists’ and holocaust deniers’ eyes, but this does not mean we have no significantly large mote in our own. We think that they know very well that the holocaust happened or that evolution is true, and that they are deliberately taking a miniscule collection of (usually inaccurate) “facts” out of context, out of a deliberate attempt to convince people of what they know is a lie (holocaust denial, creationism), so as to achieve some political goal (make Nazism acceptable again, fight atheism).

No doubt this is often the case: just like some people who go on and on about Muhammad’s sayings are really just Muslim-hating bigots, or some people who keep repeating how Islam is a “religion of peace” would actually like sharia to rule the west. But I suspect that in many cases, the creationists and holocaust deniers are not that different, logically speaking, than you and me. They, too, fell in love with a set of “facts” – some of which are actually true – that, to them, “explain” everything and “prove” all one needs to know about zoology or history. They also use particular facts (or pseudo-facts) publicly to identify themselves as true believers in their all-explaining theory.

To be sure, it is a good bet a much higher proportion of creationists or holocaust deniers are just fundamentalists or anti-Semites than, say, the proportion among those who claim they worry about Islamic teaching that are in reality just anti-Muslim bigots. I also suspect that the facts the latter group uses to describe what Muhammad said are significantly more accurate than the creationists’ description of what Darwin said. But the central problem – misusing favorite “pet facts” as psychologically all-explaining and socially self-identifying – exists, if in a different degree, in all groups.

So, to sum up, let us stop misusing our pet facts. If we do so, if we agree to stop relying on them as social and intellectual crutches, then not only will we be better off in our search for the truth. What’s more, the “other side” will be more likely to be convinced by our arguments if they are in fact motivated by looking for the truth, and not seen as mere membership pins in the “correct” group – and, if the other side does the same, we will be more likely to take them and their arguments seriously, as well.