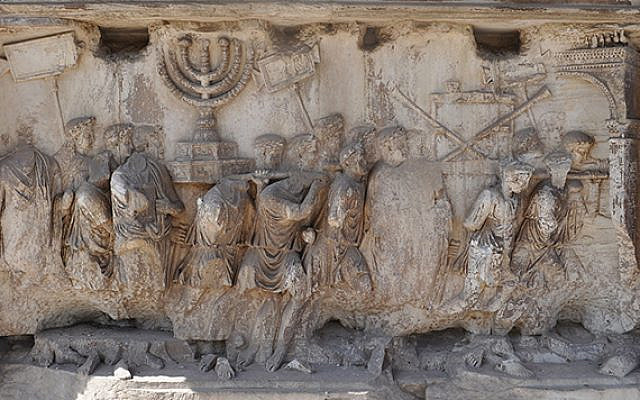 Two days ago, activist JB Brager of the deceptively-named ‘Jewish Voice for Peace’ published an illustrated analysis of Zionism as an indigenous rights cause in Jewish Currents.

Their picture book (a fitting medium, I suppose) is not so much an analysis as it is a puerile, recalcitrant temper tantrum. If nothing else, it is as stark an example of Jewish self-hatred as anything I could imagine from a purported Jewish outlet.

For the sake of digestibility, I’ll address everything in a piecemeal fashion.

On the meaning of indigenous – From the very first panel, we see the authors attempting to spin Jewish discourse on indigeneity into a blood and soil argument — a calculated bid at misrepresenting Zionism as the Jewish version of German Volkisch nationalism. Attempting to place us on par with our worst abusers, the Nazis, appears to be a common theme for antisemites.

To wit, the authors deliberately pervert the meaning of indigeneity, arguing that (at least in our case) it is about nothing more than blood.

While common ancestry with the land’s original inhabitants is certainly part of the criteria, it is only one part. Indigeneity is first and foremost about ethnogenesis, or ‘where a people became a people’.

Jews do not, and never have, claimed indigeneity to Israel solely on the basis of blood. We claim it because we originated as an ethnic group on that land. Virtually everything about us, from our language and alphabet to our holidays and laws and core culture, is specific to the land of Israel/Palestine.

It is true that ethnic Jews — who comprise roughly 99% of global Jewry — trace the bulk of their genetic ancestry to the Levant (specifically to Bronze Age Canaanites, from whom the Jews and Samaritans emerged as subsets), but this alone does not qualify a population for indigenous status. Ethnogenesis, core culture, national language, collective spiritual ties, etc are equally important, if not more so. Indigenous status is a package deal.

And as the authors themselves limply admit, Jews do meet all of the established criteria for indigenous status in Israel.

On the meaning of colonization – Mendaciously, the authors circumscribe the concept of colonialism to a specific time period and context, in particular the European capitalist exploration/exploitation of the “New World”, Asia, and Africa. From here, they posit that any example of colonization which predates Columbus (e.g. the Roman and Arab conquests of Israel) does not qualify as colonialism in any meaningful sense and that therefore Zionism – by dint of the diaspora location it was born in, and a few choice quotes taken out of context – is a quintessential example thereof. 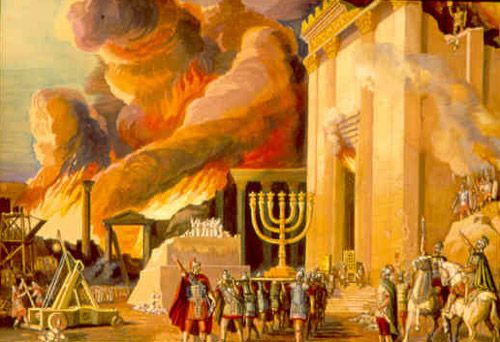 “No no, that doesn’t count! That’s not colonialism! That’s CLASSICAL imperialism – something more refined and elegant! I’m sure the Romans had a good reason for putting the Jews down!” Source: Pinterest

The authors, in their zeal to pound a Zionist square peg through a settler-colonial round hole, frantically twist the meaning of colonialism and impose an arbitrary cut-off point in its application so as to exclude Jewish grievances from its ambit. After all, how can a population be guilty of colonialism in a land it originated in and were displaced from… as a result of colonialism? It’s not possible, and the authors themselves know this. Otherwise, they would never have gone to such lengths to rewrite history.

Although early Zionists did market their liberation movement as “colonization”, this term had a much broader meaning in Herzl and Jabotinsky’s day.

In the late 19th century, it was a general term for anyone – indigenous or not – who migrated from one place to another and established towns, villages, etc.

Today, “colonization” has a more specific meaning – that of a foreign (non-indigenous) population invading a territory and expropriating its land and resources at the expense of the indigenous population, typically on behalf of a metropole (or mother country). 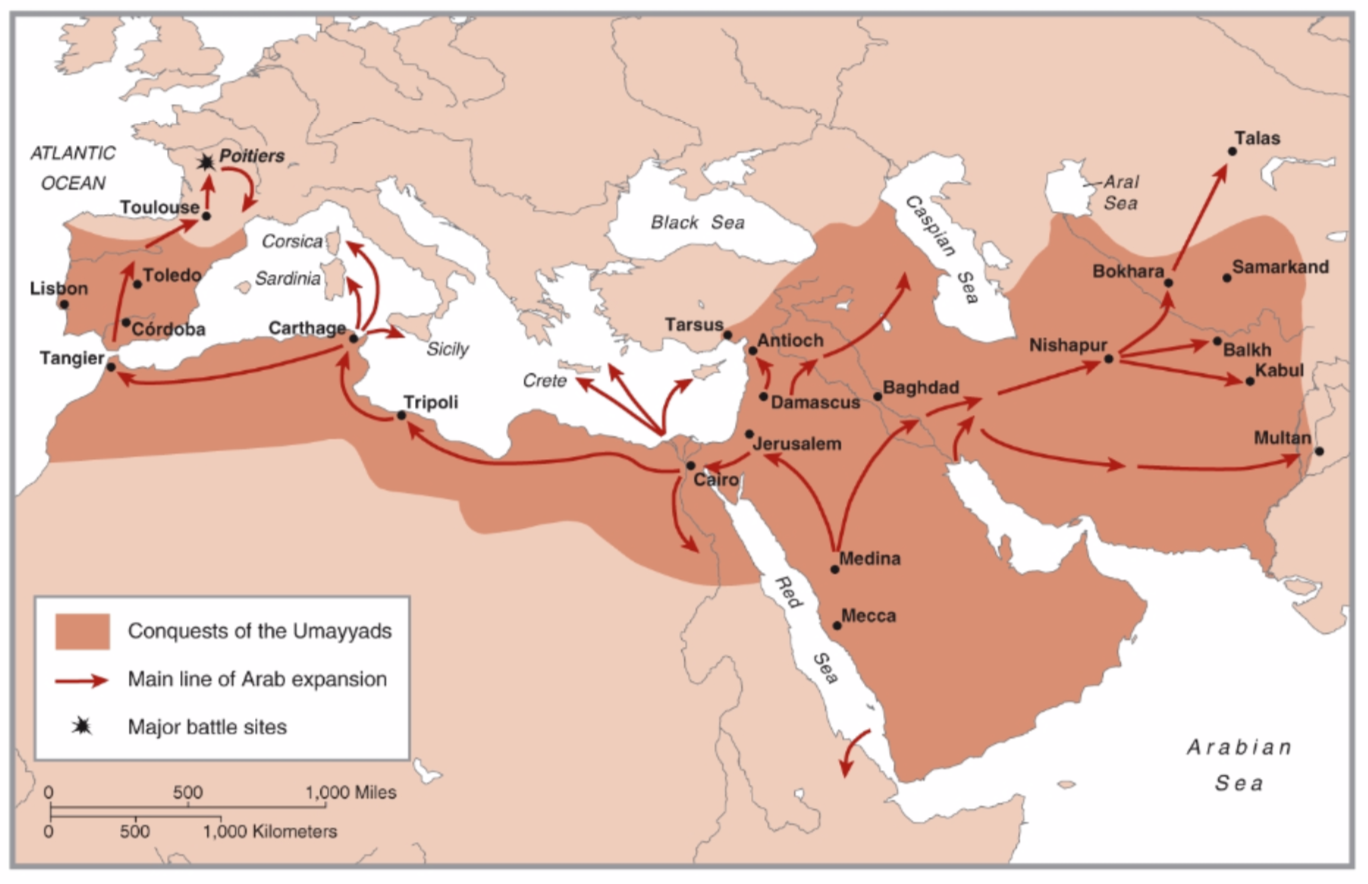 “No no, that doesn’t count either! Non-Jewish brown people can’t be colonizers!”
Source: Pinterest

Firstly, the Zionists did not have a “metropole” – no motherland or fatherland to report back to. Israel was, and is, the motherland. It is the land we come from, the land we were violently expelled from, and the land to which we have returned, however desperately Israel’s enemies wish to deny it.

Second, the Zionists did not “invade” or “expropriate” anything. They purchased land, mainly from absentee landowners, and cultivated it with their own hands, building new cities, villages, and communes in addition to reclaiming older ones that had been built by their ancestors pre-exile.

Thirdly, and perhaps most importantly, the Zionists (at least initially) needed the support of the British to get the ball rolling. Had they marketed Zionism to them as an anti-colonial/indigenous rights movement, the British would have balked and the Zionist Congress would have been back to square one.

The fact that some early Zionists used the word “colonization” does not negate the indigeneity of our people to Israel nor the anti-colonial nature of our movement.

On “appropriating Palestinian culture” – This claim does not wash, seeing as the vast majority of what anti-Zionists claim to be “Palestinian” is, in fact, Levantine. That is to say, Arabs did not bring these things with them when they conquered the Levant. Rather, they simply took what was already there, put Arabic names on them, and deemed these items to be “theirs”.

This is a topic I’ve covered in the past.

To wit, these things are as much (if not more) a part of Jewish culture as they are part of than Palestinian Arab culture. We had them before we were exiled from our land. The fact that we were unable to bring them with us to the foreign climates we were exiled to does not make them any less “ours”. All it means is that colonialism and exile made it impossible for us to continue practicing certain traditions for a time, and now we are reclaiming them. That is what decolonization is and has always about – for Jews, and indigenous peoples in general.

“As was proven by the late Prof. Menachem Felix and many other people, there is almost no vegetable, fruit, spice or cooking method now ascribed to the Syrian-Palestinian kitchen that is not mentioned in the Bible or the Mishnah, and that didn’t migrate with the Jews when they were exiled from their land. Even in the cold climates of Eastern Europe and Ashkenaz (the medieval Jewish term for what is now Germany), where the Jews were unable to use their original raw materials, they maintained the principles of their cuisine until they returned to their homeland.

The same arguments, of course, naturally extend to jewelry, pottery, the sudra, musical instruments, and other traditional Levantine things.

On the Ashkenazi Jews gallery – This photo gallery, which I have linked to in many of my articles, is an (as of yet unfinished) compilation of well-known public figures who are entirely of Ashkenazi Jewish ancestry. Of this gallery, the authors falsely claim that it is based on a cherry-picked selection of photos. In other words, the creator/s deliberately sought out darker-skinned Ashkenazi individuals to the exclusion of lighter-skinned ones to create a “false” impression that Ashkenazim are… well, a Middle Eastern community of color.

However, a cursory glance at the gallery reveals that lighter-skinned Ashkenazi Jews were not excluded. On the contrary, virtually all of them were included. So the claim of cherry-picking/manipulation does not wash.

Ironically, the entire reason that this gallery exists is because anti-Zionists constantly point to lighter-skinned Ashkenazi Jews (especially Ashkenazim who are products of recent intermarriage and thus obviously look a fair bit whiter than the average, e.g. Scarlett Johanssen) as “proof” that we can’t possibly be from the Middle East. Essentially, the author is confusing Jewish action with Jewish reaction.

On the definition of Jewishness – The article makes no attempt at defining Jewishness or demarcating its parameters. However, all historical evidence makes it abundantly clear that – from our ethnogenesis up to the present – we have always defined ourselves as a singular nation and ethnicity. We may have distinct spiritual practices (which are today referred to as Judaism), but people in the ancient world didn’t really make a distinction between religion and other facets of their lives. Spirituality was part and parcel of their nationality and ethnicity, not an addendum to them.

On power dynamics – Although power dynamics have always been a key aspect of indigenous rights discourse, the authors of this piece misleadingly and conspicuously misrepresent the power dynamics of the Israeli-Arab conflict.

Most notably, instead of zooming out and looking at the full picture of Israel’s conflict with the larger Arab world and even Muslim world, they zoom in on Israel’s dynamic with Palestinians specifically. This is because the authors understand that, if they were to acknowledge the conflict as one of Israel vs the larger Arab/Muslim world, all optics would present Israel as the embattled underdog.

However, if they can misrepresent it as a conflict between Israel and Palestinian Arabs specifically, Israel comes out looking like the bully. The PLO understood this from the outset, and this is why it has been their strategy since the late 1960s.

Arabs in the Middle East, historically and to a large extent presently, identify as a singular people with only geographic/regional distinctions, and openly celebrate their shared cultures and histories, including a history of military conquest.

The overall message of the article appears to be “ignore incontrovertible, demonstrable, plain to see facts because they might hurt Palestinians”, which is completely and utterly irrational. It really says a lot about the anti-Zionist movement as a whole.

In toto, JB Brager’s “illustrated analysis of Zionism” is an antisemitic propaganda piece, and nothing more.