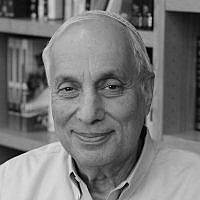 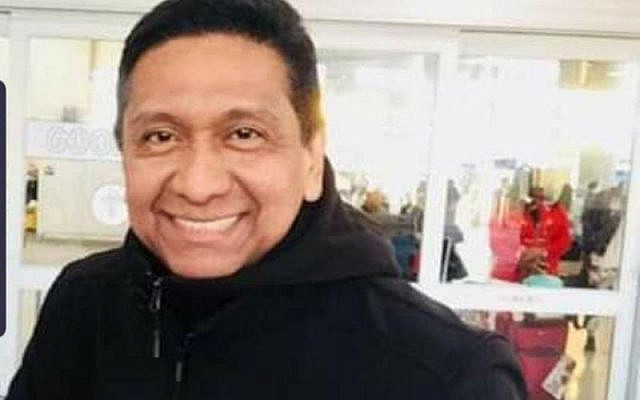 Three years ago, on Dec. 10, 2019, the JC Kosher Supermarket in Jersey City was attacked by antisemites seeking to murder Jews. Their primary target was a Jewish religious elementary school attended by up to a hundred children. Unable to gain entrance, they attacked a nearby kosher grocery store, correctly assuming its clientele were primarily Jewish.

In seconds, Leah Mindel Ferencz, an owner, and Moshe Deutsch, a customer, were murdered. Douglas Miguel Rodriguez, a beloved worker at the store, knew its layout well. Recognizing the danger, he ran to a rear entrance and held the door to help another shopper, Chaim Deutsch, escape. In the process of saving Deutsch’s life, Miguel was gunned down.

Police did all they could to help. In a gun battle with the villains not far away, Detective Joseph Seals tragically lost his life.

At Miguel’s funeral, I met his widow Martha and 11-year-old daughter, Amy. I left them my phone number, indicating that if there is anything we could do, they should call.

A little more than two weeks later, Amy did call, not to be helped, but to offer help. Amy told me that she had heard about yet another antisemitic attack, this time in Monsey, New York. “Are you OK?” Amy asked. “I know the Jewish community was targeted and so I was worried and wanted to see if I could be of any help.”

I was overwhelmed. Here was a young woman in the midst of mourning her father‘s death. And yet Amy found within her soul the yearning to seek out the welfare of others. I thought to myself, there is still hope for a better world.

Amy’s selfless call reminded me of the rabbinic teaching: those who seek out the welfare of others, are first to be helped. The teaching is not meant as a gimmick, but as presenting a psychological reality: giving is the pathway to being uplifted, to finding meaning in life.

Miguel was appropriately heralded for his heroism. In October 2020, he was posthumously awarded a Medal of Valor by the Simon Wiesenthal Center. At a small family memorial a year later, Deborah Lipstadt, who was then on the verge of becoming the US Special Envoy to Monitor and Combat Antisemitism, shared moving words in Miguel’s honor. All this was in sync with a meaningful gesture from New Jersey Senator Bob Menendez, whose representative, at Miguel’s wake, gave Martha and Amy an American Flag that was flown over the US Capitol in his memory.

The order of the hour is to translate these kind gestures into action. In Miguel’s honor, it is to find a way for Martha and Amy to be granted American citizenship. Such a mechanism is already in place. Through the U visa program, families of heroic individuals like Miguel can ultimately become US citizens. That process, which in this case has been underway since Miguel’s death and could drag on for years longer, should be expedited. As the Jewish maxim says, “nothing stands in the way of the will.”

The holiday season is soon upon us. Interfacing Christmas and Chanukah and Kwanzaa is the symbol of light whether on trees or menorahs or kinaras. In a world that too often is woefully dark there are the lights of selfless heroism which have the capacity to push away the darkness.

Miguel Rodriguez is such a light. He reminds all of us that we are family, responsible for each other. And yes, we are responsible to take care of those Miguel left behind, doing the right thing, the American thing, awarding his wife and daughter immediate citizenship.

This piece first appeared in the New Jersey Star Ledger.

About the Author
Avi Weiss is the founding rabbi of the Hebrew Institute of Riverdale, Bronx, N.Y., and founder of Yeshivat Chovevei Torah and Yeshivat Maharat rabbinical schools. He is a co-founder of the International Rabbinic Fellowship and longtime Jewish activist for Israel and human rights.