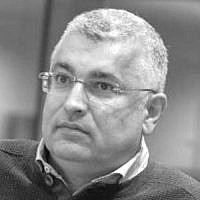 The Blogs
Sergey Kanovich
Memory is stronger than the bullets
Apply for a Blog
Advertisement
Please note that the posts on The Blogs are contributed by third parties. The opinions, facts and any media content in them are presented solely by the authors, and neither The Times of Israel nor its partners assume any responsibility for them. Please contact us in case of abuse. In case of abuse,
Report this post.

The sky was bright blue. “So clear, almost as clear as the water from the well in the yard of our house in Jonava,” thought Aizik and closed his eyes again. A few soft snowflakes fell from the blue sky. It seemed you could count them. Like family members–snowflake Sara, snowflake Rosette, snowflake Joseph, and snowflake Bernard–one, two, three, four, counted Aizik with his eyes closed.

“Get a move on. Faster, come on, the train won’t wait for you.” One could hear the echo of insistent urging.

“Aizik, Aizik, get up, we’re almost there – one more step and we’re on the train. A little more and we’re home in Paris”, whispered Moris-Moisha Zuskind, bent over his friend, holding his hands under his armpits so they wouldn’t freeze.

In his mind, Aizik was traveling to his hometown, Jonava, and his native Žvejų street. Back to December of 1920 when he stepped over the threshold of his house and proudly announced:

“Well, now I have a passport. Signed by burgermeister Ramoška himself. I can go.”

“Tomorrow I’ll buy bus tickets to Kaunas, then board the train to Paris. There I’ll wait for an American visa and–lo and behold–I’m in New York!” Aizik let his dreams carry him away.
“And what will you do there?” insisted his elder brother. 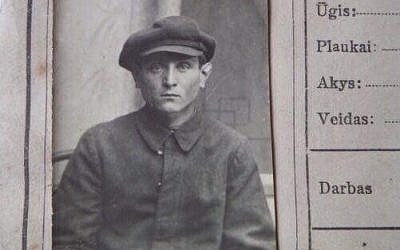 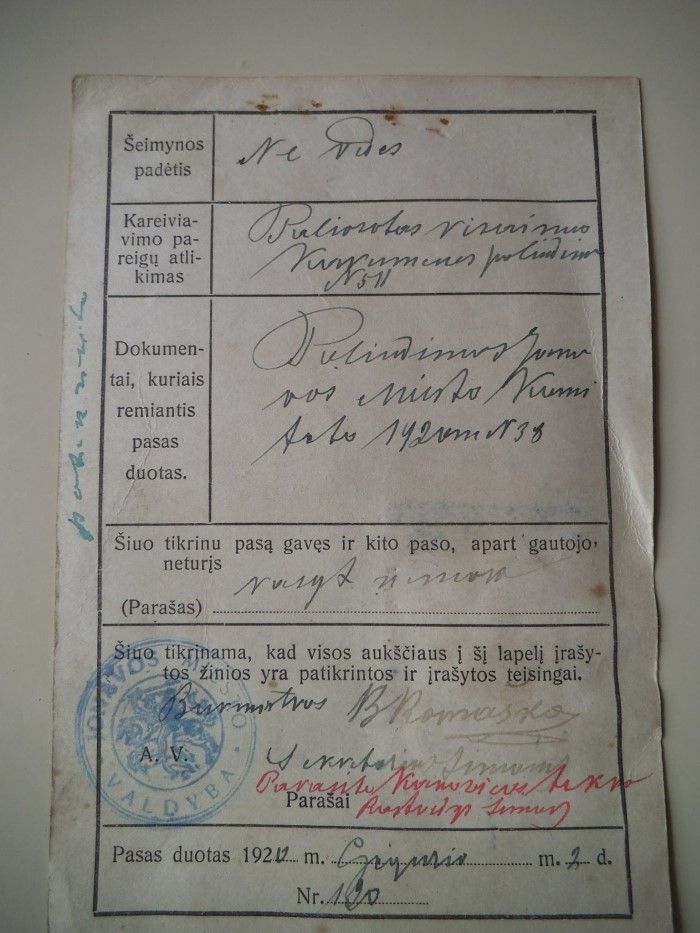 “I’ll get off the ship in New York and, and, and…” Aizik was trying to think of what he could do in the new promised land. In his mind’s eye, he could see himself walking down the gangway of a huge passenger ship through the cabin windows of which thousands of similar eyes hungry for unfulfilled dreams were looking into the bright future under the skyscrapers.

“So what will you do when you get off that ship?” asked Shloime as if he could read Aizik’s mind.

Even Motke said nothing. That eternal mocker, who was never able to hold his tongue, called a jester by his brother Shloime who said that if Motke used his tongue for stitching rather than a needle, he could make a tailcoat even for the King of England. As for Shloime, he never liked getting into a dispute. To him this was a waste of time and G_d’s punishment for idleness. Father, the cobbler Dovid Kanovich, was quiet too. Only his wife, Rokha-Samurai, who always argued with the world and G-d himself, could not put up with the fact Aizik was about to leave and, most probably, never to return:

“America, America, what a miracle it is, miracles won’t feed a hungry man,” she said. 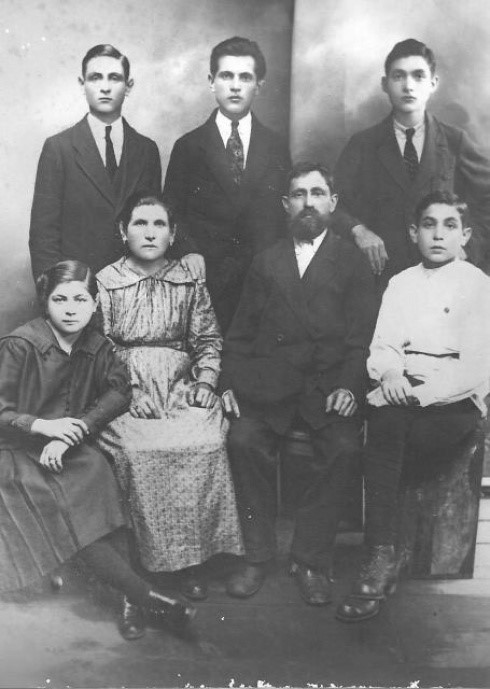 In the spring of 1920, Aizik found himself in Paris, the city of love and dreams. He only learned a few words of French on the train; Polish, Russian and even Lithuanian learned in the Babylon of Jonava were of no use here. The American consulate met him frostily, but in the line for an entry visa he ran into Abraham who that very evening introduced him to Morris who had left Jonava a decade ago. Because both of them were from the same town or for some other reason, Aizik and Morris soon became friends. Morris had a small store over which he lived. He kindly offered Aizik a bed and, while Aizik waited for his visa, some work in the store.

“But all my French is ‘merci,’ ‘bonjour’ and ‘s’il vous plait,’” said former cobbler from Jonava Aizik Kanovich, doubting his talents as a salesman.

“Don’t worry about it,” answered Morris, “when I came here that was all my French too. Besides, if we are not in Jerusalem, we are in Tel Aviv for sure.” He laughed.

“What do you mean?” Aizik seemed puzzled.

“This is the Tel Aviv of Paris, my friend. Most Jews live here, in the 10th arrondissement. If you get lost, ask for Rue Bichat, you can be sure you’ll be shown the way. And one more thing, you won’t really need any French as most of my clients speak our language – mameloshn.”

The American Consulate was in no hurry to help Aizik get from one city of love and dreams to the other, across the ocean. So passed his first year in Paris.

“You wanted to go to America,” said the pretty Sara-Maita in a somewhat reproaching tone.

Aizik had already forgotten that France was only supposed to be a middle stop. Sara-Maita was now his America. America for life. Aizik has never been so happy. Not even back in Jonava when he pecked his classmate Riva on the cheek by the river and whispered that he liked her very much. Then Aizik was twelve and preparing for his bar mitzvah, and now… True love found him in Paris, the city of love and dreams. That afternoon, his love bought cinnamon and flour from him, smiled and said “au revoir,” and never left his dreams.

“Dear Mom and Dad,” Aizik wrote to his native Jonava, “Sara and I have decided to marry. I ask you for your blessing. I am adding a picture of Sara. Your son, Aizik.” 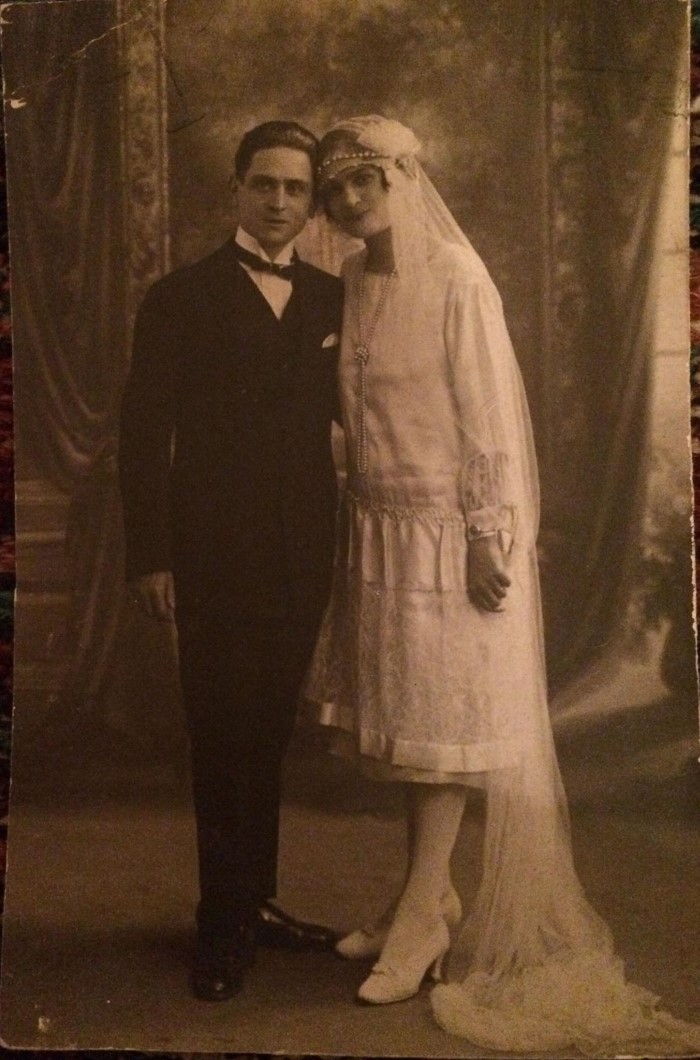 Joseph was born in 1931 and Bernard one year later. Little Rosette saw the world in 1941. The family of five lived happily in their cozy French nest. 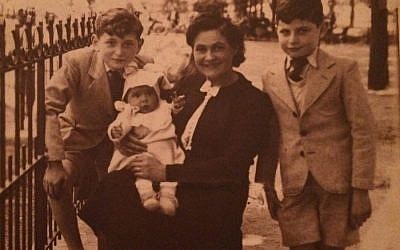 Aizik opened his eyes for a second. He saw the face of his Paris neighbor Morris, shaggy and thin, with protruding jawbones and droopy skin.

“Aizik, Aizik,” said Morris rapidly. “Get up, let’s go. We’re going home. Wait for me, I’ll ask the soldiers for some bread and porridge and be right back.”

Aizik looked up, into the sky. A white snowflake resting on his eyelashes reminding him of his wife Sara-Maita’s dazzling white dress, not even the dress, but the intricately crocheted veil. It began to snow more heavily.

“Aizik,” said Morris very quietly upon returning. “I brought some bread, they didn’t have porridge, why you…” Morris did not finish the sentence, he took a bite of the slice of bread he had brought with him and walked off. Morris blended into the crowd of thousands of people just like him, slowly walking from the barracks of Auschwitz-Birkenau towards the train supposed to bring them back from hell to Paris, the city of dreams and love.

Aizik remained lying by the road. The snowstorm intensified. Snowflakes piled on him, covering his face with a white veil. Snow does not melt on a dead man.

When Morris got out of the train, Paris was still sleeping. His head was spinning. From distress and freedom. From some blended images in which the barracks and chimneys of Auschwitz mixed with the grace of the houses and churches of Paris, for a moment the Eiffel Tower began to look like a watchtower, the one that stood behind the barracks, and leafless hedges reminded him of barbed wire. Only the scents, the smells, would bring him back to reality; it smelled of pastries and freedom, of wine and kisses, of rain, not drenching, but warming. A few hours later, he was walking down the bustling streets of Paris. He walked past his little store.

It took a while before Morris found Joseph and Bernard. All the surviving Jews were on their way home. At least they thought this was where they were returning. In the place they used to call home, the walls awaited them with torn and scattered family photographs… In some cases, even the furniture… Yet this was no home, because most of those who had lived there had left their homes for good. A house without people is not anymore a home in Paris, Jonava or Amsterdam. Some people realized they would never find their home where it used to be until all hell broke loose, and so sought their way to the Promised Land, Eretz Israel.

Thanks to the Red Cross, Morris learned that Aizik and Sara Maita’s boys were alive and living nearby.

Bernard, the younger brother, opened the door. He didn’t immediately recognize Morris who was emaciated and looked old.

“Joseph, Bernard,” said Morris, struggling to find the right words. “I have come to tell you that your father died on the way to the train. He’s gone. I’m sorry.”

“What about Mother and Rosette?” the brothers asked in one voice.

It was snowing outside. There were many snowflakes. The snowflake Rosette Kanovich melted in Auschwitz-Birkenau just short of her third birthday. Her beautiful mother Sara-Maita melted a little earlier, in one of the women’s barracks at Auschwitz-Birkenau.

Not a single European Jew returned home happily; none of them were able to find their home upon return.

Once upon a time, but not so long ago, there lived a man called Aizik Kanovich. He had two sons, Bernard and Joseph, a daughter Rosette and a wife Sara-Maita. When I remember and say that I remember, I do not remember numbers. I remember them. And I will never forget them. 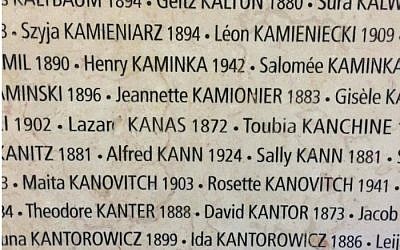 Shoah Memorial in Paris to Jews deported to Auschwitz-Birkenau

About the Author
Sergey Kanovich is Vilnius born poet and essayist founder of two NGO's - Litvak cemetery catalogue Maceva and Seduva Jewish Memorial Fund and the author of idea of the Museum of Lost Shtetl. Sergey currently is Project Manager of Lost Shtetl. In February 2018 for his efforts in preserving Litvak heritage the President of Lithuania awarded him with medal “For Merits To Lithuania”. Sergey holds a BA from Vilnius State University, faculty of philology
Comments