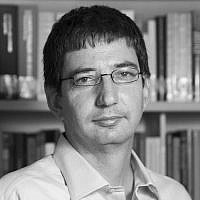 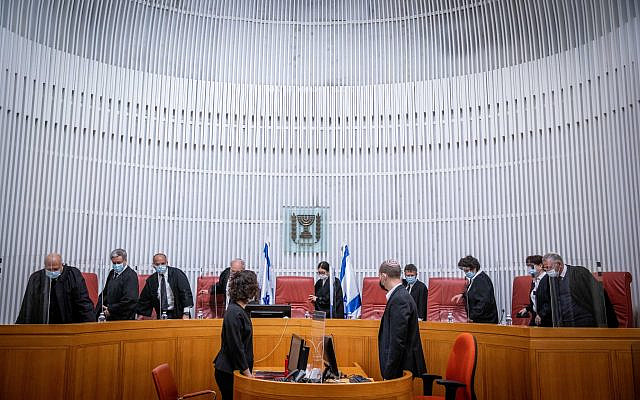 Supreme Court justices arrive for a court hearing at the Supreme Court in Jerusalem on February 24, 2021. (Yonatan Sindel/ Flash90)

The next round of appointments to the Supreme Court is just around the corner. But even before the process is in effect under way, the Judicial Appointments Committee (JAC) has failed in performing its duties. This can be inferred from the list of 24 candidates just published by the Ministry of Justice.

In the coming weeks, the JAC will need to fill two vacancies on the bench, after the recent departures of deputy president Hanan Melcer and justice Meni Mazuz. It may also name replacements for the two justices who will retire in 2022, Neal Hendel and George Karra. The politicians, jurists, and commentators who are repeatedly asking whether the new appointees will be “conservative” or “activist” judges, are missing out on much more important issues — notably, whether this round will create a Supreme Court that more closely reflects the composition of the Israeli public.

There is no doubt that the main criterion for selecting justices is their professionalism — their ability to issue rulings that can guide lower-court judges, along with their ability to cope with the Supreme Court’s impossibly heavy caseload. But another consideration that the JAC must take into account is the need for the bench to reflect the composition of Israeli society. The committee tasked with working on the procedure for selecting judges, headed by Justice Yitzhak Zamir, noted this some two decades ago: “The selection of judges must be based, first and foremost, on the candidates’ professionalism and character. But when these are satisfactory, weight must also be assigned to the principle of a court which reflects Israeli society.”

In this context, the retirement of four male justices offers the JAC a golden opportunity to increase the number of women on the Supreme Court — which has always been too low. This is important, as is the creation of a bench that reflects the diverse groups making up Israeli society, especially Mizrahim — populations of Asian-African origin. However, here I would like to concentrate on the Arab population, since with the impending retirement of Justice Kara, the bench will be left without a single Arab member. Behold, the list of candidates includes only one Arab. And why is he there? Precisely to fill the “Arab seat.”

An “Arab seat” on the Supreme Court is a terrible idea. The size of the country’s Arab minority justifies having more than one Arab among the 15 justices. The Arab minority’s perspectives on key constitutional and legal issues differ from those held by the Jewish majority, and it is essential that they receive adequate expression — in the composition of the Supreme Court and of the lower courts as well. This is especially important, since the Arabs are a minority in a polarized nation-state, and given that they have long suffered from discrimination. Such discrimination has come even more to the fore since the passage of the nation-state law. In addition, like the Jewish sector, the Arab minority is not monolithic — another reason to appoint more than one Arab justice, to reflect that diversity.

Arabs continue to be underrepresented on the lower courts, as well (8.4 percent of all judges in 2019, according to data received by the present author in response to a freedom-of-information request submitted to the Courts Administration). This applies both to the number of Arab judges and to their rank. According to the Courts Administration, in 2019, Arabs accounted for only 6.1% of District Court judges.

The Judicial Appointments Committee should have identified additional Arab candidates for the Supreme Court. Of course, this is a project that needs to begin with the lower courts and requires proactive efforts by the committee to identify qualified candidates. There is certainly no shortage of outstanding Arab judges and attorneys who would be excellent candidates for the Supreme Court. It is unfortunate that once again the JAC will do no more than fill the “Arab seat” — and even that is not guaranteed. 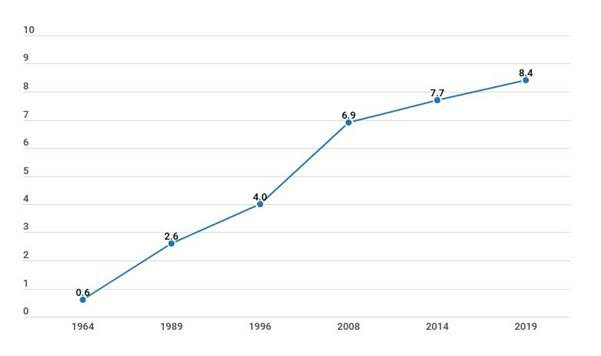