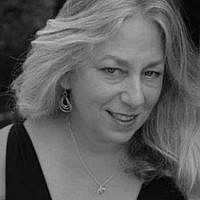 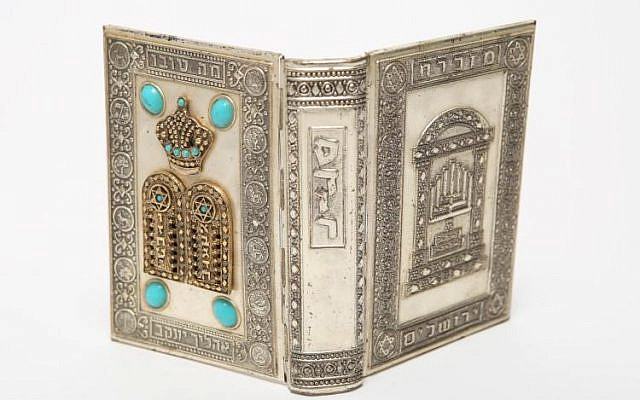 We are the people of the Book. Or so I have been told. What book? The Torah of course. And yet – how many of us can read the Torah or turn to it for inspiration? I do not have the answer for that but can attest to the trickle-down effect of its teachings and the reverence for education in my life.

Education has always been a high priority in Jewish families. Growing up in Connecticut, I went to public school and Hebrew School. The quality and passion of the teachers had a direct impact on the number of students who continued to pursue Judaism in higher education. My older sisters’ classes were full of kids who incorporated Judaism into their careers as educators, cantors and rabbis. Seven years later, my class had no one who entered the rabbinate, but a few livelong devotees to learning and who became president of their synagogue and remain involved. A dwindling statistic today.

As for myself, one teacher, Mr. Moses Nachman, stands out. Strict, imposing with kind eyes, Mr. Nachman was keeper of THE WORD. When he spoke, the room quieted, and we listened. And learned. Years later, I found out that his family escaped the horrors of World War II Europe by fleeing to China. I cannot imagine what he must have witnessed and felt as someone who saw much more of the world that I will ever know. How did he adapt as he had to start his life over from scratch for at least the second time? I was aware of none of this at the time.

The education I received in Hebrew School must have worked its way into the crevices of my brain as I was able to recall things I learned when I found myself challenged in my Judaism when I was the only Jewish person in a group.

A few years ago, my husband and I were spending a weekend at The Peaks of Otter – a modest getaway in the Blue Ridge Mountains of Virginia. Peaks is on a beautiful lake, and we spent the time walking around in the early spring. Our server over the course of a few days commented that she was sad that we would be checking out soon and missing the Easter brunch. I thanked her and replied that Easter is not our holiday, and we had to return to prepare for Passover. She literally has no words as she could not imagine anyone not celebrating the resurrection of her savior. It was not in her world view. It made for an interesting exchange, and once again I silently thanked my parents for demanding I attend Hebrew School, and for the teachers who put up with my incessant questions.

There are diverse kinds of education, and I am a testament to that. Having had undetected learning challenges which were not diagnosed until I was well into college, I strove to keep up with my sisters’ academic successes as well as those of my classmates but fell short time and again. One success was my participation in an alternative school program which taught through experiential learning. That type of education stuck with me, and I learned and retained more in that one year than in any other.

To learn, children need a safe space, where they can concentrate on learning rather than just surviving.

According to a UNICEF study in 2019, over 50 million children have been uprooted due to war, famine and strife. That study is now three years old, and the numbers only increase.

People, children especially, need a safe space to live as they learn the building blocks of life upon which to build. In 1933, Recha Freier, a German Rebbetzin, saw the need for the children of Europe to leave as Hitler took power and founded Youth Aliyah in Germany. She asked Henrietta Szold, founder of the worldwide organization and premiere hospitals known as Hadassah, the Women’s Zionist Organization of America, to help in Palestine.

Youth Aliyah consists of villages where the needs of children are paramount. It was a safe space for children to grow and remains so to this day. Over the decades, Youth Aliyah has adapted to the needs of the populations taking in refugee children from the Soviet Union, Ethiopia and now Ukraine.

Hadassah’s Youth Aliyah program has opened its doors to many Ukrainian children as of this writing, and many more will come. These children are at risk for their lives, and the Youth Aliyah program will provide a safe place of healing and learning. It won’t be easy, but it never is. In the words of Rabbi Menachem Creditor, “Jewish history has been replete with examples of Jewish displacement and vulnerability, the significant difference in this moment is the State of Israel and the strength of the global Jewish community marshaling all its strength to support human beings.”

Students at Youth Aliyah Villages such as Meir Shfeyah and Neurim receive a full spectrum of help, including shelter, food, counseling. Through various education initiatives including Hebrew lessons, classes on Jewish heritage as well as athletics and art – they are nurtured and gain confidence to become productive members of society.

The Jewish people are people of the Book, but that book has many chapters and is still being written. With the support of Hadassah donors worldwide, that education continues to future generations and is doing just that.

About the Author
Randi Cohen Coblenz currently is a member of the Hadassah Greater Washington Region Action Committee on the Education and Advocacy Team under the National Assembly. In 2022, Randi will begin her role as Presidium Council for the Hadassah Northern Virginia Chapter. Most recently, she served as Communications VP for the Hadassah Greater Washington Area During her years as part of the Hadassah Boston Chapter, Randi was the NYLAC Rep (National Young Leaders Advisory Council) and was part of the first Hadassah Young Leaders Mission to Israel. She has been a Life Member of Hadassah since the mid -1990’s. Randi even met her husband circuitously through a Hadassah member! Randi comes from a Connecticut family with strong Zionist ties: her grandfather served with the Jewish battalions (“gdudim”) of World War I when Jewish men from the diaspora joined the British Army to fight for the Land of Israel. Among those Hebrew warriors were central figures in the history of the Jewish settlement: David Ben-Gurion, Joseph Trumpeldor, Ze’ev Jabotinsky, Haim Laskov and Harry Cohen. Randi has a master's degree in mass communications and has been involved in media production for many years. Currently, Randi coordinates the monthly Documentary Roundtable for Women in Film and Video (WIFV) nationwide. In the past Randi has worked with The Discovery Channel, produced videos for Department of Justice and worked on various documentaries, including You Hoo Mrs. Goldberg. When not involved with Hadassah, Randi can be found kayaking, teaching Ageless Grace or Nia Fitness classes and hosting her own weekly radio program, Broadway Bound on 96.7 WERA.FM.
Comments