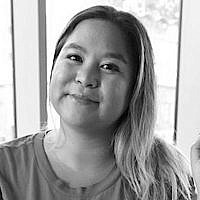 The Blogs
Amy Albertson
Apply for a Blog
Advertisement
Please note that the posts on The Blogs are contributed by third parties. The opinions, facts and any media content in them are presented solely by the authors, and neither The Times of Israel nor its partners assume any responsibility for them. Please contact us in case of abuse. In case of abuse,
Report this post.

Try to stand in silence for two full minutes. Focus on something important to you. Don’t fidget or cough, or hum to break the silence. How uncomfortable does it feel?

Every year on Yom Hazikaron, Israel’s Memorial Day for Fallen Soldiers and Victims of Terror, the entire nation of Israel, myself included, stand for two full minutes, as the code-red siren goes off. Whether we are driving on the highway, in the middle of a work presentation, or on the phone, we stop what we are doing to remember Israel’s fallen soldiers and victims of terrorism.

This uniquely Israeli experience is one of many I have as an olah chadasha (new immigrant). However, lucky for me the uncomfortableness of those two minutes, and my thoughtful sadness throughout the entirety of Yom Hazikaron, are nothing compared to the uncomfortable experience that most of the Israelis around me have experienced.

Nearly every Israeli has a personal connection to someone who was killed defending Israel or was victim to an act of terror. How uncomfortable. How uncomfortable it must be to bury your son or daughter, your brother or sister, your mother or father, your husband, your wife, or your best friend. I can’t even imagine.

Generally, as an olah I seek every possible opportunity to have uniquely Israeli experiences. I often feel like I’m playing catch-up to my Israeli-born peers. But on Yom Hazikaron I feel differently. On Yom Hazikaron I do not envy my Israeli-born peers who will feel the collective sadness deeper than ceremonies, songs, and photos of the fallen. I do not envy them as their hearts burst with the pain of remembering those they’ve personally buried.

This is one Israeli experience I pray all new Israelis, myself and the new generation being born every second, will never have to experience. I pray that we won’t have another war, that Israeli soldiers present and future, will have no reason to see combat. I pray that the terror will stop, that my future children will read about the Intifadas in a book as something in the past, just like I did.

For the rest of the day I will be sad with the rest of my Israeli peers, as empathetically as I can. And tonight, as the sun sets and we switch from Yom Hazikaron to Yom Haatzmaut (Israel’s Independence Day) I will celebrate the miracle of Israel, remembering that without the sorrow of Yom Hazikaron, there would be no Yom Haatzmaut.

About the Author
Amy Albertson is an Asian American Jewish Israeli. While living in Israel for 6 years she created the brand The Asian Israeli where she discusses her mixed identity and experiences as a Chinese-American Jewish woman. Follow her work in pro-Israel and Jewish diversity spaces on Instagram @theamyalbertson.
Comments