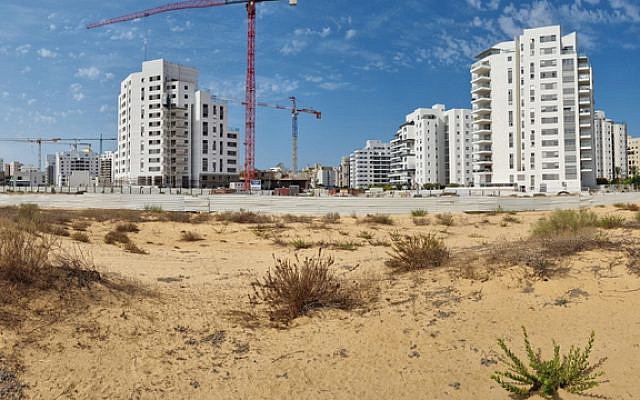 Creating an emergency plan to deal with the housing crisis is not an idea up for debate. There is an imperative need for such a plan, which must be put into action as soon as possible.

Within approximately 10 years, Israel’s population will number some 15 million people. This is a factual figure which demands setting up a five-year plan to build one million apartments in the next three years, and a further two million by the end of this decade.

Be warned: If a plan isn’t launched soon, the levels of suffocation we are experiencing today against the background of the current housing crisis, will be nothing compared to what the younger generation will experience in just a few short years.

Not only will the price of an apartment be unaffordable, but the supply of rental apartments will not even begin to cover demands.

Where are we supposed to house hundreds of thousands of homeless people?

The solution I propose is based on evidence on the ground, in the form of land released for the accelerated construction of hundreds of thousands of apartments.

The last land release took place over a twelve-month period in the 1990s.

It is important for me to relay how events played out then, not to get praises, but out of a real desire to use this experience to help solve the current housing crisis. 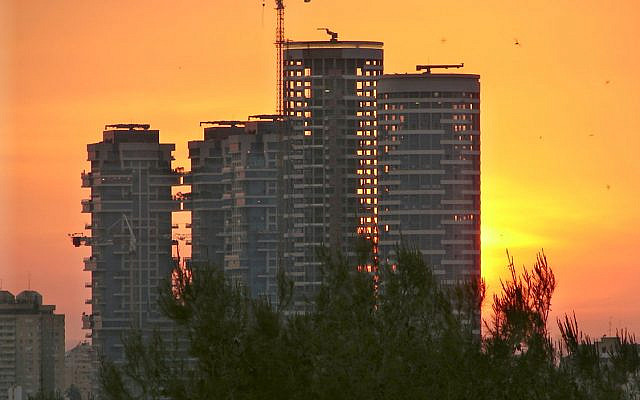 Plan with a 15-Year Vision

37 years ago, I was appointed Israel’s assistant defense minister. As a young man of 32, I had always been impressed by the long-term plans used by the army, especially in the Israeli Air Force and the General Staff’s planning division.

Even back then, they knew how to assess the military’s needs at least 10 to 15 years ahead.  In line with the exact number of aircraft they had, and equipment required, the military took all the necessary steps when procuring and equipping – and the defense budget was designed accordingly.

Later on, when I was appointed director general of the Prime Minister’s Office, I always tried to get all those state systems infamous for their bureaucracy and procrastination, on board with the same type of work procedures adopted by the army.

I wasn’t successful in doing so, to put things mildly. There were even some entities which made a perfectly rational decision to operate within chaos, to form a type of protective wall around themselves.

As we recall, the large number of immigrants from the former USSR increased the demand for housing, and the acceleration of housing construction went into full gear.

The actions taken back then are worthy of replicating to help deal with the current crisis.

At the time, I was instructed by the government to form an executive committee to deal with the acceleration of infrastructure and construction around the country.

The passage of the time, as well as the ongoing housing crisis, may have dimmed our memory of the serious actions we took at the time, which include the construction of Road 6 and the widening of the Tel-Aviv – Jerusalem Road 2 and other highways.

All these actions were aimed to streamline traffic and to give support to the construction infrastructure.

I also requested that the Knesset’s Interior Committee, led by MK Matza, extend the emergency laws enacted by Arik Sharon at the time, their main objective being to shorten the existing procedures to obtain approval for construction plans.

In addition, I implemented the “Executive Bus” which housed all the main officials in the field of planning and construction.

The bus crisscrossed the country for months, and that’s how we managed to approve construction plans and infrastructure projects worth hundreds of millions and eventually released 250,000 housing units for construction.

All this took place over a period of just 11 short months.

In this same framework, we approved new urban areas in places that the state had no immediate plans to develop at the time, such as the expansion of neighborhoods in Netanya, Hadera, Beer Sheva and others.

We also decided to transfer Intel to Kiryat Gat, with a government subsidy of millions of shekels.

A team which I led decided to start building the city of Modiin. A few weeks later we held a cornerstone laying ceremony, in which PM Yitzchak Rabin and Housing Minister Fouad Ben-Eliezer participated.

I asked the mayor-in-charge to make sure that the first inhabitants of the city take up residence within a year; and indeed, it happened within 11 months. Today, the city has 100,000 residents.

At the time, I was working on the ‘Sheves Regulation’, which stated that an extra 20% of the total construction area would be granted on any project being built.

Since the law was amended, more than 400,000 housing units have been built.

The above is all useful history; and if its principles are learned, it can transformed into a practical plan.

I’m a firm believer in the power of a plan – not only to help get us out of a mess – but also to save us from future complications that may appear down the line for years to come.

The first thing to do is to set up a task force on behalf of the Prime Minister, as well as the Ministries of Finance, Housing and Interior, whose job it will be to handle the governmental and municipal-level procrastination that is delaying the construction of hundreds of thousands of housing units.

I have no doubt that if this task force is granted the appropriate powers and works like a well-oiled machine (such as increasing the rate of speed at which decisions are made, holding regular meetings, running an “Executive Bus” and passing regulations that could result in quick action), it will be possible to market hundreds of thousands of housing units that are currently stuck in various planning and construction committees.

In some places, the task force may be asked to expand city boundaries, while in other places it may need to increase state budgets; however, all this is essential.

The second action required is inspired by the Intel story, which was made possible because the government dug its hands into its pockets, invested in infrastructure and expanded the Kiryat Gat area.

The government programs need to of course include laying the foundations for supportive infrastructure such as educational institutions, health (hospitals), transportation, employment infrastructure, and, most importantly, the modernization of construction and urban infrastructure – without which, there is no point to the city’s growth.

In my opinion, after examining all the data, we have a national obligation to plan and establish two new major cities, each of which will be home to at least one million inhabitants – one in the Negev (between Beer Sheva and Mitzpe Ramon) and the other in the Galilee (between Nazareth and Tiberias).

This is the need of the hour – that within three years, the construction of new, modern cities will commence.

Thinking must go beyond simply construction work. It should address the needs of the community as mentioned.

We should also allow the expansion of bigger cities such as Beer Sheva, Ashdod, Ashkelon and Nahariya.  Each of these cities has land reserves that can be expanded into hundreds of thousands of additional housing units.

There are countless other areas that have huge expansion potential, such as Kiryat Gat, Kiryat Malachi, Gan Yavne, Kiryat Ekron, Shoham, Mazkeret Batya, Kfar Yona and dozens of other regional councils.

My contentions are based on an overall state vision, and not on some politically-driven planning whim.

The Current Situation is Intolerable

It’s impossible not to see the absurdity in the existing situation.  On the one hand, there is talk about the desire to lower the price of housing; yet on the other hand, the facts on the ground are being completely ignored.

The cost of a piece of land for a housing unit in an agricultural area near Ramat Hasharon is being sold today for NIS 2.5 million. How can we talk about lowering the prices when the cost of land is so high?!

We must achieve lower housing costs in the peripheral cities that will be built, and the cost of land will be much cheaper.

If the information is correct, and the number of residents in the State of Israel reaches 15 million; if the civil system doesn’t start planning 10 to 15 years ahead in the same way that the defense system does, addressing parameters such as housing, health, education, proper infrastructure and more, we will have neither a roof over the heads, nor toilets for our citizens. Where will they live and how will they live?!

I am confident that if we’re able to do away with just some of the internal power-struggles, and turn our attention to real action, we can easily reach the goal of one million housing units within a period of three years.

Delaying the end results, and not specifically addressing short, medium and long-term plans will result in suffocation for millions of young citizens who join the state.  Not only won’t they have money to buy an apartment, but they’ll also not be able to rent one.