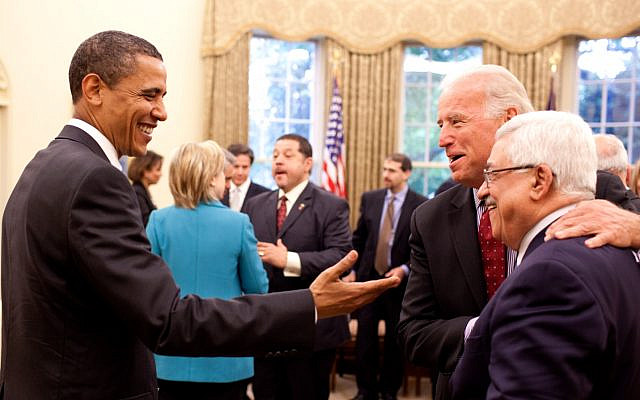 Here is a news flash for the Palestinians: While they may think that “There has never been anything worse than the Trump era”, they would be mistaken to think that it is over. Biden will likely be kinder and less confrontational towards the Palestinians, at least for some time, but the reprieve will not last long.

Trump is unlikely to be president again but there will be other Republican presidents, probably far more competent than Trump, and therefore far more dangerous to the Palestinians. And if results are not achieved by the Palestinians in short order, it is not unlikely that Biden or another Democratic president will take a harder line with the Palestinians, now that they know that Arab states have essentially abandoned the Palestinian cause.

So, if I were in the place of the Palestinians, I would not waste the next four years. I would find a way to reach a peace deal with Israel. This may be the Palestinians’ last opportunity to have a state.

But early signs are not promising.

Senior Hamas official Khaled Mashaal declared, “We hope from President Mahmoud Abbas and the Palestinian Authority that they will be more careful and not hurry to agree to return to the pointless path of negotiations with the election of Biden”. Mashaal rejoiced at Trump’s defeat but was not excited about Biden’s win.

Palestinian President Mahmood Abbas, on the other hand, congratulated Biden on his win, and it was reported that “Ramallah has sent Biden messages that the PA would be willing to resume US-brokered peace negotiations with Israel”. So far so good. But it was also reported that “Abbas will demand that Biden immediately return the US Embassy from Jerusalem to Tel Aviv”.

Yes, “demand”, knowing that Biden promised to keep the embassy in Jerusalem. So, the first Palestinian reaction to Biden’s election win ranges from opposing peace negotiations to demanding that Biden break a promise that he made to the American people. It is hard to read this for anything other than what it is: an attempt to go back to the status quo.

In the status quo, Hamas and other terrorist groups engage in violent attacks against Israel while the Palestinian Authority pretends to pursue peace while pocketing funds intended to help the Palestinians.

With the ongoing Covid crisis and economic problems at home, it is unlikely that Biden will pay much attention to the Palestinians anytime soon, and when he does, he will likely offer less, probably much less, than what former President Barack Obama attempted in the past and that Abbas refused. The reason is simple, the Palestinian position is now weaker than it was only a few years ago, and it will continue to get weaker, just as it has done decade after decade since they refused the 1947 UN partition plan.

For the Palestinians to achieve statehood while Biden is president, they would need to do two things that they are extremely unlikely to do: Provide a credible and unified position and make the necessary compromises.

Even when the Palestinians were able to muster the first under Yasser Arafat, they badly failed on the second.

So, for the Palestinians, the next four years, or maybe eight or 12 years, will just be a waiting game until another Republican president is elected and facilitates an Israeli solution that will see the end of any chance of a Palestinian state. Unless Biden or another Democratic president does it first. How sad for the Palestinians who really want a state.