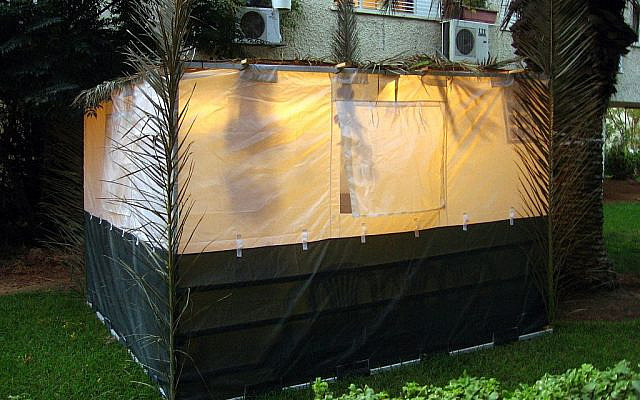 There is no way to know you are doing something for the last time.

Putting up the sukkah, like all holiday preparations, brings back memories. These come pouring down, in no special order.

Many are of people, often no longer with us. The first night of Sukkot was my father’s yahrzeit for his father. It was also the yahrzeit for the mother of my other grandfather, who visited us each Sukkot back then. He, my father, and I studied mishna together that night, reviewing chapters whose first letters spelled out the names of those who were gone. In later years, our children studied with my father and me.

Other sukkah memories involve wildlife. I remember the bees, back when there were bees. Catching them under drinking glasses on the table was an engrossing sport. I saw a couple of bees this year. Perhaps they are making a comeback.

Many Sukkot memories concern weather. In our latitude people associate the holiday with chill, blustery winds, but once we had a foot of snow on the schach. More recently we ate our holiday meal barely able to breathe, as the mercury hit 100°F. The new Sukkot normal, perhaps.

Some of my most vivid memories center on the challenges of putting the sukkah up. When I was a child, someone had given my father pieces of plywood with hinges to fit the boards together. Finding out whether they actually would was an annual adventure.

When my family moved to Boston, we met my mother’s Cousin Irving. He had made a point of attending many family semachot in New York, where everyone called him “Irving from Boston.” This referred both to his home and his accent, which seemed exotic to New Yorkers certain they had no accent themselves.

His odd pronunciations went beyond “pahk the cah” to include Hebrew terms. For instance, he offered to help us “put up the sukkee,” which, for some reason, is how Boston Jews pronounced it, just as on Fridays they went to the bakery to buy challee, preferably sliced.

Irving was a bit of a rough character, if a kindly one. He made his living as a plumber. As a kid, he had helped his mother, who raised a family alone as a small cog in the bootlegging game. I was glad our kids got to see that Jews had not always been affluent, urbane, and hypereducated.

The sukkah assistance Irving had in mind was to haul over rusty, cast-iron pipes from his backyard. He dragged me to a plumbing supply place downtown, where we bought a length of heavy green tarpaulin, the kind used in construction and on boats.

His pipes were long and heavy. Hoisting them was a two-person job, putting the lifters at risk for concussion or, given the rust, lockjaw. Once the frame was up, the heavy tarp was tough to hang and more than once threatened to bury me under a pile I feared they would never find me under.

The whole ordeal took a couple of hours, filled with groans, kvetches, curses, mistakes that had be undone and redone, then more groans and curses.

For schach, Cousin Irving had loaded his truck with cornstalks from a nearby farm. Cornstalks quickly dry out and turn brown, then shed onto people and into soup. We hoisted them aloft.

At length, the sukkee was done: a looming green hulk big enough to serve a small community, topped with cornstalks as high as an elephant’s eye.

Cousin Irving and I repaired to the kitchen for shots of Canadian Club. I downed mine as much for sedation as celebration. In later years, when Irving developed diabetes, I drank for both of us.

In time, I nerved myself to tell him that a smaller, lighter sukkah might better suit our needs. Having mellowed as he grew older, Irving took his pipes home.

We bought a prefab sukkah made of aluminum tubes and a lightweight yellow-and-blue canvas decorated with brachot and pictures of levitating hasidim. Schach was bamboo, first poles, later mats. While they were still at home, our kids helped me put it up each year, with our own quota of groans and kvetches. 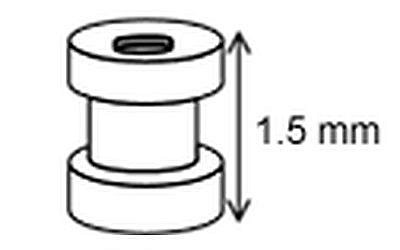 Before our youngest left to start his own family, he drew a schematic diagram to help his spatially-challenged father put up the sukkah. He numbered the walls and labeled the tubes. Though helpful, his diagram did not stop grommets — those tiny thingys you tighten with an Allyn wrench — from getting stripped or rusting out.

My grandparents are gone now, as are my parents and Cousin Irving. Yahrzeits and mishna study dot the calendar.

This year our sukkah went up as smoothly as it ever has. I put the last spare grommet into the single open hole, smiling in satisfaction as the Allyn wrench twisted it tight. Done, one more time.

And next year? Well, if luck holds, next year will be in Jerusalem. Actually, next month. We have a sukkah there now, though we won’t be in it ourselves this holiday. Our daughter, whose building is close to the flat we’ve rented and has no room for a sukkah, will use it with her family.

I‘ve seen a photo. The new sukkah’s walls are lightweight and bright white, unadorned by decorations and uninscribed by memories. Two small boys will draw pictures to hang, and begin to generate their own memories.

After the holiday, the old sukkah across the ocean will resume its place on an overhanging shelf in the garage: the pipes, canvas, bamboo, hardware, gourds, plastic fruit, and a shrunken apple studded with cloves — my mother’s memory of a Christmas decoration suggested by my first-grade teacher in southwestern Pennsylvania. At some point all this may be distributed, or discarded. The memories they conjured will go where memories go when no one is left to remember them.

Perhaps this one more time was the last one. Or perhaps not.

There is really no way to know.