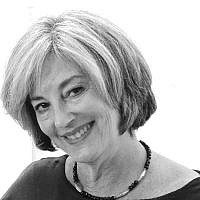 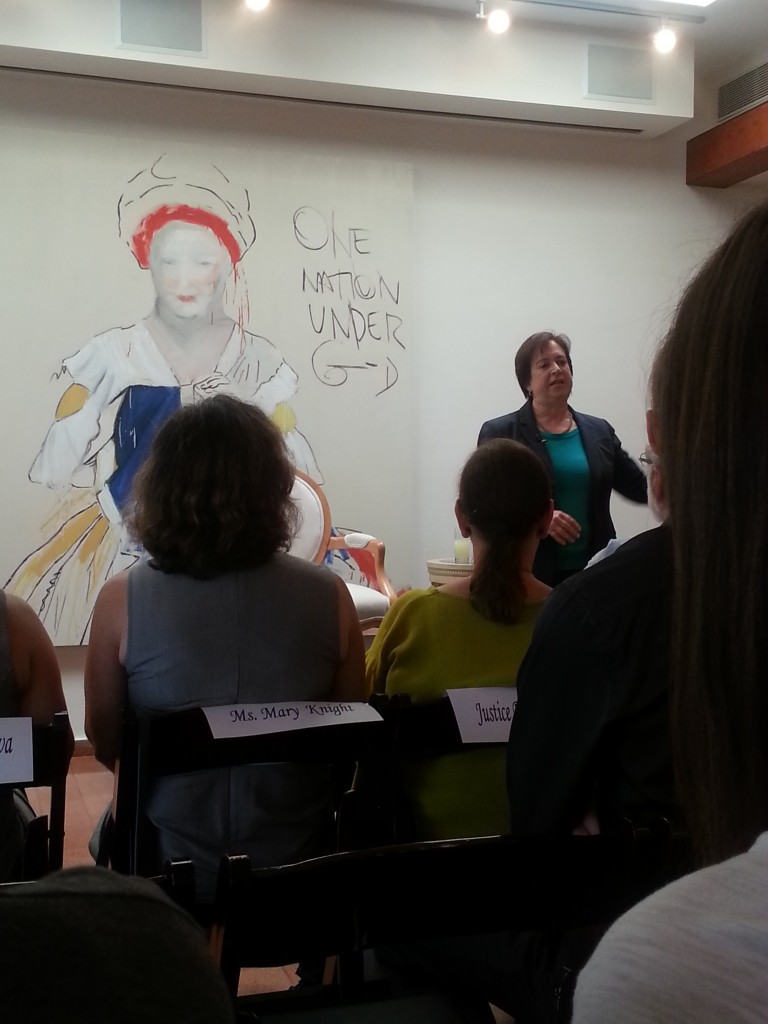 I have met with kings and queens and presidents and prime ministers, even a European prince, but meeting last week with US Supreme Court Justice Elena Kagan was the most humbling experience of them all.

I was invited to the home of the US Ambassador to Israel (okay — along with forty other people) to be part of the audience for a distinguished American speakers’ lecture series that the ambassador hosts for Israeli academics and public servants. I was honored to be one of the few Americans in the room. The time was 10 AM  on a Friday morning (Protestant work ethic — I came early); the dress code was casual (that threw me… American casual or Israeli casual?). I fretted for days about what to ask her if given the opportunity. What issues would she address?

The conversation was off the record so I will respect that, but here is what I took away from the meeting. First of all, I am proud to be an American  and being in the room reminded me of that. Justice Kagan spoke of her love for her country, its laws, its system — all with the backdrop of an abstract painting of a woman with the slogan, “One Nation Under G-d” written on it. I found myself wondering if the mostly Israeli audience caught the significance of the G-d instead of God language and if I was reading too much into that.

Secondly, the conversation was casual, like the dress code. (BTW, I went with American casual, which means I wore what I would have worn to an Israeli wedding.) The talk was informal, entertaining, and important. The justice emphasized that she had spoken so many times that week that she preferred to do Q and A. For one hour, Justice Kagan enthralled us with her brilliance, her respect of American constitutional law, the differences between countries’ courts and laws, and how she respects those differences. And third, I understood everything she said, and not because I understand constitutional law, but because Justice Kagan lives up to her reputation of being a “people justice.” Her explanations of issues, of law, of religion, gender, state, and everything else that falls under, or does not fall under US constitutional law were so simply yet brilliantly put that mere mortals such as I could understand.  But mostly, I was humbled by the American way, and reminded of it (it’s been a long time since I pledged the allegiance in third grade) by the justice system that allows six Catholics and three Jews, who are also six men and three women, to interpret the law for a predominately Protestant country where religion and state are separate and respected at the same time.

Upon the assumption of the presidency on August 9, 1974, after the impeachment and resignation of President Richard Nixon, President Gerald Ford reminded us in his first address to the nation that the system works; that “Our constitution works; our great republic is a government of laws and not of men.” Justice Kagan reminded me that you need to work the system in order to keep a government of laws and not of men. The law of the land is the most precious legacy of any country, any nation, and the United States has Justice Kagan on the bench to make sure that legacy is maintained and thrives.

About the Author
Shari Eshet is the former director of NCJW's Israel Office, based in Jerusalem. Now a private consultant, she still works for the betterment of the State of Israel.
Comments