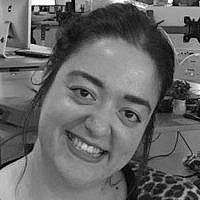 After completing her rabbinical studies at Yeshivat Maharat in New York, Dr. Lindsey Taylor-Guthartz lost her job teaching at the London School of Jewish Studies. Rabbi Ephraim Mirvis, Chief Rabbi and President of the school, made the decision to let her go, maintaining that “While women can take part in senior positions in religious life, being a rabbi is not open to them.” Following this, members of The Rabbinical Alliance of America made statements in support of Rabbi Mirvis claiming: “Jewish tradition takes precedence over secular values and practices.” After some deliberation, the institution reinstated her position, claiming that her role is solely academic and not a religious one.

This form of regulation, asserting how a woman can express her Judaism, is not isolated to the case of Dr. Taylor-Guthartz. She is but one of numerous women who have struggled to claim their stake in rabbinical leadership within the Orthodox community. There are under 80 female rabbis associated with Orthodox Judaism, and the notion of women becoming rabbis has been harshly condemned by the Orthodox religious establishment. The claim of maintaining Jewish tradition has been used as the battle cry for preventing women from pursuing this path.

Dr. Taylor-Guthartz faced a struggle which women across the globe can identify with- the struggle for the dignity of women. Take, for example, the violent attack against the Women of the Wall last month at the Western Wall. The group of women were completely stripped of their dignity as a mob of ultra-Orthodox men grabbed and destroyed dozens of their prayer books. The justification given for the hate crime was almost identical to the response Taylor-Guthartz received. The role of women within Judaism goes only so far, and the preservation of Jewish tradition overrides any other priority. In the name of “Jewish tradition”, women are being denied their dignity and their right to take part in religious Judaism as they please.

The treatment of Dr. Lindsey Taylor-Guthartz has no legitimacy. In fact, it is a brutal attack on women within the Orthodox community and beyond. Every Jewish woman has a stake in this issue because it represents so much more than one woman losing her job. Preventing Taylor-Guthartz from acting as a religious educator with her new rabbinical status is stating that women cannot claim their full role within their own connection to Torah and Judaism.

This story stands for something that spans the globe. It is about women insisting, demanding that they be allowed to partake in their Judaism in an active way. It is about declaring that “Jewish tradition” does not follow one, rigid path. Dr. Lindsey Taylor-Guthartz stands as an example for what women in Judaism are becoming. Her success will only propel us all forward toward a fuller and richer Judaism.

About the Author
Wendy is originally from Far Rockaway, NY and grew up going to Bais Yaakov schools from first through 12th grade. After high school she attended seminary at Darchei Binah, and then returned to New York to attend Touro College. After graduating with her BA, Wendy returned to Israel to visit on her own and was able to see the country in a new light, one which she loved, and led to her decision to move to Israel permanently. In 2016, she made Aliyah on her own, and has been happily living here since. She currently lives in Jerusalem and among other things, works as the Media Manager for Women of the Wall.
Related Topics
Related Posts
Comments
Advertisement