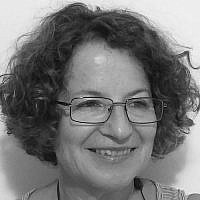 The Blogs
Kathy Jacobi
Real Life Meets Psychology
Apply for a Blog
Please note that the posts on The Blogs are contributed by third parties. The opinions, facts and any media content in them are presented solely by the authors, and neither The Times of Israel nor its partners assume any responsibility for them. Please contact us in case of abuse. In case of abuse,
Report this post. 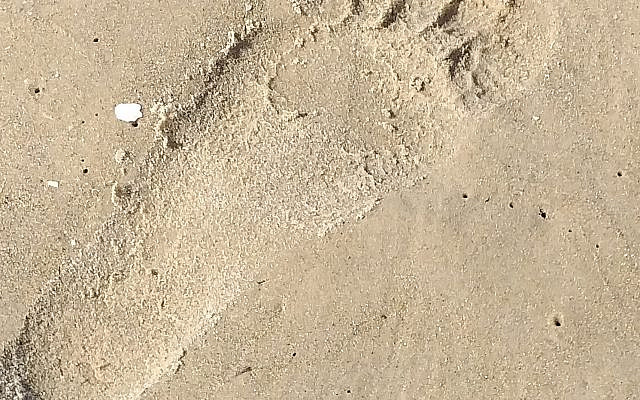 It’s been very hard to keep up with the news during the coronavirus pandemic, all headlines seeming like sidebars compared to the public health information that’s been inundating every news outlet and all social media since late winter. No matter what explanation we give this news takeover – a dangerous viral threat, Facebook-generated hysteria, political expediency, an excuse for dictatorial government, or all of the above – let’s face it: very few of us really know what’s been going on in the world since March, 2020 aside from COVID-19. Nevertheless, there have been other current events.

But this blog isn’t about current events, so I’ll just mention two items. First of all, while we in Israel were locked into our homes for weeks and weeks, our so-called ‘unity’ government was born – a ‘baby’ so huge that our basic services will be cut back just to keep it alive.  Our leaders’ handling of the pandemic has gone from reasonable to abysmal within a very short time, their concern for the public welfare taking a very distant second place to their concern for their own political survival.  In the United States not too long ago, many cities seethed with protests, rioting and looting, triggered by yet another incident of brutal violence against minorities. Not the first time something this heinous has happened in America, but this president’s responses were cheap appeals to his political base instead of statesmanlike insistence on equality and justice under the law. Regarding the pandemic, instead of instructing his followers to wear masks, he urges them to attend mass rallies supporting his candidacy for re-election.

In these times, when it often seems like the world has gone insane, what can we do to keep ourselves sane? Staying involved, trying to make a difference, can add meaning to our lives even in the craziest of times, although it’s tempting to withdraw from the field and just tend our own gardens. But how involved should we get, or can we get, in our efforts to combat the powerful forces that seem to be steering the planet onto a collision course? Is there a healthy place for each of us to stand, somewhere in between hermetically sealing ourselves into our own bubbles, at one end of the spectrum, or taking to the streets with torches and burning everything to the ground, on the other?

These are questions we each have to answer for ourselves. I doubt there is one correct response that applies to everyone. But as a psychologist and psychotherapist, I see three basic types of mentally healthy responses we can choose when what’s going on around us seems pathological. Our choice depends, metaphorically, on the amount of concentric circles we want to create when we throw a pebble into a lake, or the size of footprint we want to leave on this earth when we depart it. One size does not fit all.

The first response is the most direct – deciding on full-on involvement in the fight, entering the slimy arena of politics and trying to mop it up. And by politics I don’t just mean affiliating with a party and running for office, though that’s an option. I mean getting political, directly challenging the managers of this world and the corrupt, self-serving way they’ve been running things. Starting, or at least joining, a grass-roots movement to wake people up from the mental and moral torpor we’ve been lulled into by post-modern Western society’s religion: consumerism. Orating from a podium that the high of rushing out to buy the latest I-phone doesn’t last more than a day or two. Never giving up, even if every effort to guilt people out of their self-involved apathy fails. To quote one of my clients, turning into one of those wild, crazy Old Testament prophets. Very few rebels ever become a Gandhi or a Mandela, or even a Michael Moore, but I admire them. They are trying to leave big footprints, and some succeed.

The second response is choosing to spend a significant amount of our time (usually, though not necessarily, via the work we do) actively trying to be a force for positive change in the world – beyond our private circle of family and friends. This is the response I chose. As a child, I gave my all to causes I believed in, leading my first rebellion in sixth grade. I loved my warm, inspiring teacher, and was mad as hell when our grade became overrun by student teachers practicing on us. Drafting a petition which all the pupils signed, I marched alone into the principal’s office, demanding we get more in-class time with our real teachers, instead of being guinea pigs for weeks and months at a time. Neither the principal nor the teachers really cared how we felt or what we thought. We lost the fight, and I was disappointed and frustrated. I remember thinking, even then, that systems are very hard to budge, and that changing people one at a time might be more realistic. Twenty years later, I became a psychologist. It is a great privilege to help people think through their problems, to be their guide toward a more fulfilling life for themselves and their children. Most of the time, I feel very satisfied with my choice. Still, once in a while I crave the bigger footprint and wish I could figure out how to move mountains without being crushed.

The third response is a commitment to being a force for good in our own personal spheres of family, friends, colleagues, and neighbors, and acquaintances. This may sound mundane, but actually not very many people take the trouble to live this way, especially since it doesn’t lead to official recognition or a fat paycheck. Most of us just go from day to day, doing what we’re used to doing, rarely challenging our habits. But we could all potentially make the commitment, which begins with ourselves. If we examine our actions on a regular basis, patiently learning and evolving without judging ourselves harshly, the kindness we’re showing to ourselves will translate naturally into kindness toward everyone with whom we’re in contact. Being kind is not the same as being nice. Being nice is what we’re supposed to be, doing what social norms require us to do. Kindness comes from wanting to share the well-being we feel inside ourselves. Are the footprints of this response really smaller than those of public crusaders for worthy causes? I’m not sure. Maybe those who learn the very hard lessons of loving-kindness and generosity, toward themselves and toward others, leave the biggest footprint of all on the soul of our planet.

Wearing shoes that are either too big or too small is very uncomfortable. Each of us should walk in shoes that fit us, leaving a footprint that is intrinsically linked to our desire to make every day of our lives count for something – hopefully, something that will, even in a very small way, help to balance out the forces of self-centered greed and moral brutality that dominate our world.

About the Author
Dr. Kathy Jacobi is a clinical and developmental psychologist, born and educated in the U.S.A. In addition to maintaining a private practice in Zichron Yaacov and teaching at the University of Haifa, she has several other passionate vocations: singing classical music, writing, traveling, and being a grandma.
Comments