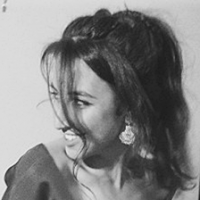 The Blogs
Eliora Katz
Apply for a Blog
Advertisement
Please note that the posts on The Blogs are contributed by third parties. The opinions, facts and any media content in them are presented solely by the authors, and neither The Times of Israel nor its partners assume any responsibility for them. Please contact us in case of abuse. In case of abuse,
Report this post.

All I wanted was to plunge. I wanted to slip on some spandex and dive head first into the inviting Kinneret for the annual women’s swim-a-thon this past May. As a gap year student in Israel, when else would I be able to swim across a Middle Eastern sea (it is technically called the Sea of Galilee) for a good cause? There was just one problem: time. With my seminary situated in the turbulent hills of Gush Etzion, the only swimming pool within reasonable tremping distance lies in what Dosim refer to as “Rabbi Hollywood,” the home of Yeshivat Har Etzion, the adjacent religious settlement of Alon Shvut. Like all entities run by Orthodox Jews, the pool is gender “apartheid,” with separate hours for men and women, and unlike other seminary girls, in addition to learning, I was juggling an internship, ballet, and a shaky love life, leaving just a very small window for swimming. Even that was soon shut by an inconvenient timetable.

For women in Israel this story rings all too familiar— we cannot sit in certain sections of certain buses, we cannot stroll on certain beaches, and we cannot walk in certain neighborhoods unless covered from head, shoulders, knees to toes. It’s a real downer, but to cheer myself up, I just had to contemplate the punctilious restrictions enforced upon women in the Islamic Republic, with my two twenty-something cousins Orli and Leila, serving as the faces of the Iranian female struggle.

Oh what they would do to spend just a day walking in my Naots.

A diving suit, a full cape, a headscarf, and a pair of goggles make up the mandatory dress code for an Iranian female swimmer. But wait, there’s more: The Islamic Republic permits its female people swim only in single sex facilities and only on the domestic stage, in order to avoid the peeping eyes of the other sex. Despite a plethora of restrictions and fabric, professional swimmer Elham Asghari continues to make waves in the vast seas, where authorities are the limits. Elham has been requesting certification by the Iranian establishment of her resolute attempts at breaking records, to which they conceded just once, in 2008.

Elham’s story went unnoticed until a recent “wardrobe malfunction” of sorts. In an article whose title bears the swimmer’s quote “Clothes are an excuse: They do not want women becoming successful,” Asghari tells Iranian news that on June 11, near the scenic northern city of Noshahr — known under the Shah as the summer capital of Iran – she swam 20 kilometers through the Caspian Sea in under 9 hours, breaking records for women’s open water swimming. But the six kilos of waterproof material and dearth of men were not enough for Iranian authorities. According to her report, Iran’s sports ministry detracted two kilometers from her total distance and in the end, completely robbing her of official recognition under the pretext that her shape was “visible” as she emerged from the water. The sports ministry has yet to comment on the matter.

Although the Iranian authorities are ignoring Elham’s accomplishments, the Iranian people surely are not. Her struggle has created quite the cyber-storm, igniting thousands of Iranian and international voices on Facebook .The swimmer’s salient story has even caught the attention of some official Islamic Republic media like Fararu, the Tehran mayor’s own news site.

In this video, Elham thanks her fans for their staunch support despite ongoing government dissent:

With Cairo, Damascus, and Ankara kidnapping the headlines these days, people who know I am a Persian-Jew, often inquire “what happened to Tehran?” The world is wondering what the city that served as a catalyst for the entire Arab Spring, with the 2009 post-election protests, looks like four years later. Why can’t we hear citizens any longer chanting “where is my vote?” Where are the masses flooding the streets? Where is the self-immolating rug vendor? Where are the optimistic protesters like Neda?

Don’t worry, the uprising is there. It may not be with armed rebels, or at the United Nations, but you can feel it in the splashes of a swimmer, the makeup of a mother, the strains of a singer, or in the pigments of a painter. In the face of the most brutal government crackdown since the Green Movement, Iranians have continued to find innovative means to express a desire for change. For Iranians, resistance is more than a summer camp-out, a military ultimatum, or even an art form – it’s a way of life.

In this satirical cartoon Elham is depicted as Ariel the mermaid speaking to Ursula, whom the image calls “Marzieh Akbarabadi”. Ursula’s name can either be pronounced Marzieh (a name) or Marizeh (a sick person). Ariel’s bubble reads: “You are nothing without that fork! Give me back my record Marizeh!”

This image posted on the Facebook group of Iranian “Water Sports Coaches and Life Guards”, bears the funny caption “Swimwear for Women”.