Is the two state proposal still viable?  What unilateral options are available to Israel? What can be done in the absence of a partner in peace?

I wanted to take a moment to thank Theodor Seuss Geisel (better known as Dr. Seuss) for inspiring the title of this article. His children’s books have been a blessing to several generations of youngsters. I continue that grand tradition by sharing his stories with my own boys. This has nothing to do with the satirical book of the same name.

The two-state solution originated as part of the backpedaling of the British government in the British Mandate of Palestine, and culminated in the UN partition plan of 1947. Under that plan, the Mandate was to be divided into two states, one Jewish, one Arab, with Jerusalem under international management. When the Arabs rejected the plan, a struggle ensued that was won by the Jewish settlers. The State of Israel was declared, and several Arab states invaded. The result was a ready-made three-state solution: Egypt occupied the Gaza Strip, and Jordan the West Bank. Some have advocated for a return to the three-state solution. In a recent article I too opined on whether Egypt should play a greater role in the Gaza Strip.

The one-state solution also finds its roots in the Mandate era. Ze’ev Jabotinsky, a popular founding father of Israel, proposed a constitutional system for Israel under which Jews and Arabs would live side by side as equals. He intended that whenever the Prime Minister (PM) was a Jew, the Deputy PM would be an Arab and visa versa.

In the one-state concept, the Arab population would become Israeli citizens with equal rights, and the West Bank, at least, would become a formal part of Israel. There are some Palestinians who prefer this notion and even the Palestinian Authority has openly discussed it.

In the United Sstates, advocacy for the two-state solution has been a strong point of our nation’s foreign policy. With increasing attention, the matter is slowly becoming a political issue in US domestic policy with red state Republicans slowly backing off of two state rhetoric while blue state Democrats are digging in even more solidly for it. What will be the effect of future electoral politics in the US on the peace process? 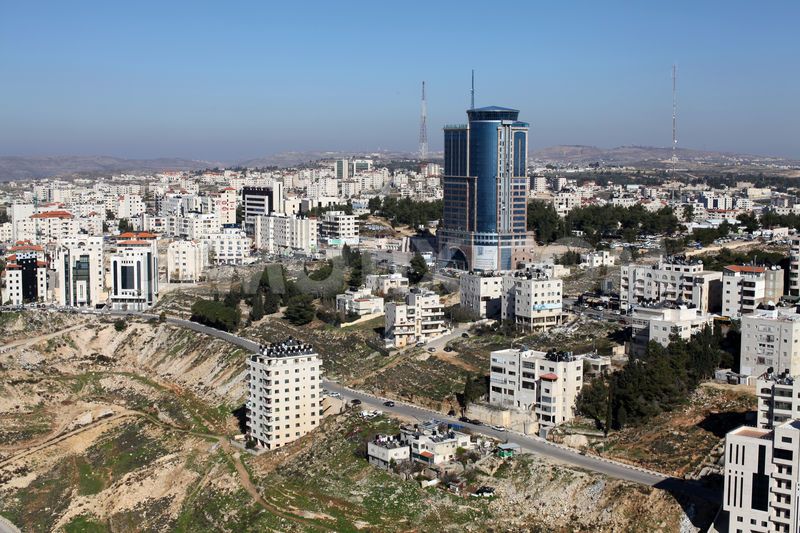 Ramallah and the Palestine Trade Tower.

The reality of the Levant defies all good intentions no matter how many states will ultimately exist. In the Gaza Strip, residents live under the cruel oppression of Hamas. In the West Bank, Palestinians are governed by a less iron fisted, if no less tyrannical, Fatah. Fully 25% of the Palestinian Authority (PA) budget (from a total of approximately $4 billion) is spent on Fatah’s bloated security forces and intelligence agencies. To call it a police state would be an understatement worthy of the history books.

The security infrastructure of Israel offers no respite either. Travel in the West Bank is awkward and difficult with frequent security checkpoints. Even 3G cellular signal is disallowed for security reasons. Until the early aughts (2000’s) many Palestinians worked in Israel proper or in communities within the Green Line (the 1949 Armistice line that demarcates the West Bank – Yehudah and Shomron). Because of the Second Intifada (2000-2005), and the frequent suicide (homicide) bombings that took place, a greater separation of the populations was sought.

The security fence was erected, Palestinians were disallowed to work inside Israel, and more checkpoints and travel restrictions were imposed. Israel now seeks laborers from Asia to fulfill its unskilled labor demands while more than 1/3rd of Palestinians remain unemployed, a number that would be much higher if PA security forces were of a more reasonable size.

As usual, Israel has no partner in peace beyond the security fence. President Mahmoud Abbas seems to prefer a unity government with Hamas over the prospect of negotiating with Israel in good faith. Abbas is many things, and should not be underestimated, but the courageous heart of a Menachem Begin or an Anwar Sadat does not beat in his breast. Ask almost any average Palestinian in Jerusalem, Ramallah, or Gaza City and they will tell you that Abbas is a wimp and a coward. He will do whatever he must to protect himself and his power and nothing more.

Thus the forces of homeostasis, of the status quo, of the ancien régime are arrayed against any naïve and hopeful notion of doves and olive branches.

With few exceptions, almost any peaceful reality in and around Israel has been created by unilateral action on Israel’s part. The peace agreements with Egypt and Jordan are obvious exceptions. Lebanon, the Gaza Withdrawal, and the current lack of attacks in Israel from the West Bank due to the security barrier all resulted from unilateral action.

I was recently surprised by an op ed published in the New York times by Dani Dayan, the former Chairman of the Yesha Council (a union of the various West Bank Israeli communities). In his article Peaceful Nonreconciliation Now, Dayan writes about how the circumstances of common Palestinians are in need of drastic change. The average people need jobs, improvements to infrastructure, and access to opportunities. They are unlikely to achieve any of these through Fatah or the Palestinian Authority. Once again, Israel has an opportunity to take unilateral action. Whether you believe in a future one state solution wherein West Bank Palestinians are welcomed into the fold as Israeli citizens or a two state solution wherein a Gaza and West Bank Palestinian State exists, the circumstances of the average Palestinians must improve.

Let us all agree, again whatever our preferences for the ultimate outcome are, that the situation in “Palestine” must improve. From here, a vast number of unilateral and international solutions present themselves. First, the question of the security barrier must be considered. Will Israel allow more Palestinians to work in Israel proper? Well-screened applicants could easily be found who are interested only in work. Granted, such a change in policy would create greater vulnerability but what is the opportunity cost of having 1/3rd of the Palestinian workforce jobless?

The recent kidnapping of three yeshiva students serves as a reminder of the precarious security situation.

There have been incidents in recent years that include the murder of an Israeli family and several stabbings of Israeli soldiers in the West Bank. When it comes to security, Israel must be very cautious. Naturally, if ordinary Palestinians have nothing better to do…

If Israel chooses not to allow Palestinians to work in Israel proper then the next question arises: how do we bring jobs to the Palestinians? I believe a two-pronged approach could prevail here. First, Israel can draw more businesses to Israeli communities in Yehudah and Shomron (the West Bank). If such enterprises follow Soda Stream’s unique example of employing from both Israeli and Palestinian labor pools at an equal rate of pay, this would provide a great benefit.

As a second approach, why not shame the international community into “doing something” about the reality of the situation? Turkey, Saudi Arabia, and even the European Union are constantly spewing rhetoric about how the poor Palestinians are being occupied and oppressed. Okay, so why not build some factories, schools, and roads there? If these parties are so put off by the circumstances that prevail, then they can become the solution.

Startups like Yamsafer are among several promising technology companies that are growing in the West Bank. Improvements to infrastructure and investment in like businesses could turn Ramallah into another global technology center. With more employment and educational opportunities for Palestinians will come new perspectives. Some will prefer the stability of their job and income to violence and unrest. Many may choose to vote for alternatives to the Fatah-Hamas two party system (see my article on the coming Palestinian elections).

If the reality faced daily by average Palestinians begins to change, perhaps their attitudes and mindsets will slowly begin to change as well. If their priorities change and minds open to the infinite possibilities that arise from peace and prosperity, then anything will become possible. Ultimately, the choice of whether to enter a union with Israel, give birth to an independent Palestinian state, or to continue the conflict will be made by common Palestinians. If we are unneighborly, they will be less likely to make a choice we are going to like.

Israel should take up the power of unilateral action and start the ball rolling. 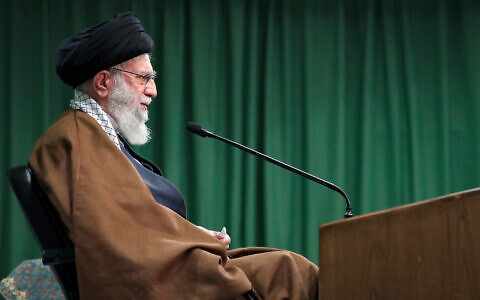