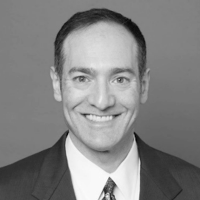 The Blogs
Scott Richman
Apply for a Blog
Advertisement
Please note that the posts on The Blogs are contributed by third parties. The opinions, facts and any media content in them are presented solely by the authors, and neither The Times of Israel nor its partners assume any responsibility for them. Please contact us in case of abuse. In case of abuse,
Report this post.

One year ago today, an extremist held four innocent people at gunpoint at Congregation Beth Israel in Colleyville, Texas as they worshiped together during Shabbat services. While the standoff thankfully ended without casualties, Colleyville remains a tragic reminder of the heightened risks facing Jewish communities across the country.

On January 15, 2022, houses of worship such as Congregation Beth Israel had just begun to host in-person services at pre-pandemic levels. Rabbi Charlie Cytron-Walker welcomed a stranger in from the cold that morning, only to be held at gunpoint and taken hostage with three other worshippers. The man demanded to speak with a rabbi from New York City, apparently believing she had the power and influence to help release someone from prison.

Unfortunately, the pandemic of antisemitism was once again threatening the lives of peaceful worshippers at a synagogue. Lasting for a total of 11 hours, the hostage crisis ended on live TV when Rabbi Charlie and the remaining hostages sprinted to safety. Despite the immediate relief we all felt at that moment, incidents of antisemitism continue to grow.

Though Rabbi Charlie would later credit ADL (the Anti-Defamation League) and law enforcement for the tactical training that saved his life and the lives of those held captive that day, training may not be enough to stop future attacks. In a country like the United States, where religious freedom is a cornerstone of our democracy, defense training for the clergy cannot be our best option in the fight against violent extremism. We need to combat the rhetoric of hate and bigotry that pushes people to extremes and leads to grave consequences for not only Jews, but people of all faiths and backgrounds.

Thanks to the overwhelming support we received from so many during the hostage crisis, Colleyville also reminded us that we have many more allies than enemies in the fight against hate. In the aftermath of Colleyville, we hosted an information session about how communal organizations can protect themselves and their constituents in partnership with Jewish organizations in our region who are working closely with law enforcement. ADL New York/New Jersey has also worked with law enforcement to better identify threats of hate and extremism in our community. More schools and organizations are utilizing ADL programs to combat antisemitism, bias, discrimination and bullying in the workplace and on campus than at any other time.

These examples give us hope that Colleyville could one day be seen as a defining moment in the eradication of all forms of hate. This new reality will require brave and difficult conversations in our schools, workplaces, and public forums. It will require a focus on the future to preserve, protect and build on our shared values of freedom, diversity, and justice and fair treatment for all.

About the Author
Scott Richman is the Regional Director for ADL New York/New Jersey. He oversees the regional office’s work to fight antisemitism and combat hate in all its forms, including incident response, advocacy, education, fundraising and leadership development. He is an experienced Jewish professional and advocate dedicated to developing community partnerships and initiatives that provide justice, equality and fair treatment to all. Richman also hosts a weekly podcast called, "From the Frontlines."