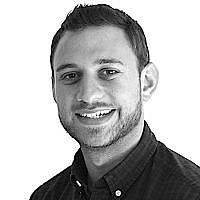 This week 7,000 strictly orthodox Jews publicly prayed in response to perceived attacks from Ofsted regarding how they promote British values. Some state-funded schools within these communities have censored images of women socialising with men  or felt it appropriate to inquire about parents’ sexual relations.

Jewish tradition dating back to Babylon teaches respect for the laws of countries where we dwell. From praying for the welfare of monarchs to combining Torah im derech eretz (with the ways of the land), Jewish thought is not lacking in pragmatic advice to follow for “the ways of peace”.

What is it about Ofsted’s current approach that caused levels of concern to spark this public prayer?

The primary concern is Ofsted reprimanding “schools’ refusal to teach protected characteristics covered by the Equality Act 2010”. This includes ensuring there is no discrimination on the basis of gender or sexuality.

There is no curbing of how faith schools can teach their interpretation of their faith. There is a requirement that British values of tolerance are promoted. Whatever is taught about Jewish law and ritual observance, no pupil, parent or staff at the school should feel harassed or harmed because of their gender or sexuality. Faith schools are of course permitted to teach their interpretation of their faith’s perspective on social issues. They are also expected to acknowledge British law and other perspectives in British society. Religious instruction should not interfere with informed and intelligent teaching of secular subjects.

Stonewall’s research provides important context for improving all schools approaches to equality, diversity and inclusion. Stonewall’s 2012 School Report found “Only half of gay pupils report that their schools say homophobic bullying is wrong, even fewer do in faith schools (37 per cent)”. Stonewall’s 2017 research found “LGBT pupils in faith schools are more likely than those in non-faith schools to say that teachers and school staff never challenge homophobic, biphobic and transphobic language when they hear it (31 per cent compared to 22 per cent)”. The same report highlights the welfare consequences (or Pikuach Nefesh motivation) of allowing hostility and prejudice to fester:

My entire education was governed by Section 28 banning the promotion of homosexuality. When I asked how a loving God could create someone gay then legislate against expressing their nature, I was told each of us is born with challenges to overcome, before the teacher cited the example of people born with physical disabilities. Friends have experience of Jewish schools where gender and sexuality were omitted from Sociology classes or homosexual persecution during the Holocaust was barely mentioned. Nine years after the reversal of Section 28, the largest Jewish school in Europe allowed the promotion of “gay cure” therapy within Jewish studies classes.

No orthodox Jewish school should be forced to change how it teaches Judaism. They might also teach Jewish values of inclusion – such as those articulated by Rabbi Chaim Rapoport and orthodox Chief Rabbi Mirvis. There are brave orthodox leaders distinguishing between advancing halachic observance and advocating hatred or hostility. At the very least they might consider how, rather than “influential secular forces”, it is their undermining of tolerance and equality that may “impinge on our rights”. The British values and equality policy they are expected to promote and protect also secure our freedom of religion and safeguard Jewish people as a minority group.