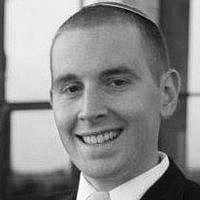 The Blogs
Gabriel Homa
Apply for a Blog
Advertisement
Please note that the posts on The Blogs are contributed by third parties. The opinions, facts and any media content in them are presented solely by the authors, and neither The Times of Israel nor its partners assume any responsibility for them. Please contact us in case of abuse. In case of abuse,
Report this post.

The lead article of the Jerusalem Municipality proudly proclaims, “Jerusalem Mayor Nir Barkat opens the 2017-2018 school year.” In the article, you were quoted as saying that the first day of the school year was “the most exciting day of the year for me.”

It was also the most exciting day of the year for my 3-year-old daughter, who this year began her first year of Gan Iriya. Her excitement though has been shadowed by the abject horror we, and many parents around the city, have been dealing with these opening weeks of the school year as we entrust our children in the institutions under your purview.

Below are a few examples from our daughter’s Gan Iriya alone:

I wish I could say that we are the only ones dealing with these problems. After talking to parents around the city and the gananot who are trying to be our advocates to the municipality, the only conclusion I can come to is there has been a systematic failure at the municipal level for being prepared for this new school year.

The buck stops here, and I’m not only talking about responsibility. After complaining to the municipality, we have been told that there is no budget left now to deal with these problems. “Nothing we can do about it.” So, for the time being, my daughter and her peers will remain not secure in their school, without proper play equipment, and with unhealthy cold meals. While proclaiming you’ve improved city institutions over the summer to prepare for the school year and opened new ganim, you forgot to keep a budget around to have those institutions be managed properly.

Mayor Barkat, you made it a point when you became mayor to hold the Education Portfolio in the city council. Education is important to you after all. In your English biography on the municipality website, the word “education” appears seven times, and a whole paragraph is dedicated to it. However, as head of the Education Portfolio, the responsibility lies with you for preparing the city for the new school year. You have failed us.

The buck does stop here Mayor Barkat. As cameras have caught you on video in times of trouble stopping terrorists around the city, you have gained the reputation of a superhero who jumps into action. Will you now be a hero for the young students in the ganim around your city?

Sincerely,
One of the many frustrated parents of Jerusalem

About the Author
Gabriel Homa is a father of two who has proudly called Jerusalem home for the past six years. Originally from New Jersey, Gabriel made aliya in 2009.
Related Topics
Related Posts
Comments