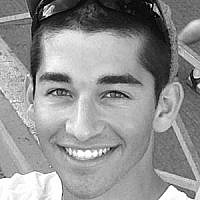 Dear members of the Mossad,

I hope this letter finds you well. I know you must be busy, dealing with many life-threatening things we will never hear about, but I hope you can spare a minute or two to read this open letter, written on behalf of the whole nation of Israel.

I must start off with congratulatory remarks. We salute our heroes who brought back a haul of top-secret information from Tehran. We salute you virtually because we probably will never get the chance to do it in person. When I see you at Machane Yehuda Shuk, or Azrieli Mall, or even praying by the Kotel, you will just look like a regular civilian to me. When I see you taking your child to school, or walking your dog in the park, you may have just returned from a secret mission. When I don’t see you, because you are spending 20 years of your life across enemy lines, gathering information that can help us, just know that we are thinking about you. It’s unfortunate that some of Israel’s greatest heroes will never get public recognition, but I guess that is part of what makes you guys so amazing. The selflessness and the willingness to risk your lives for the country is amazing to me.

Let’s face it, the missions you guys do seem straight out of Hollywood. It’s unbelievable that what you pull off is real life. The stunning Tehran Mission, possibly greatest information leak in history, can not be considered anything less than breathtaking. To break into one of the most heavily guarded places in the world, which just so happens to be owned by a country whose main goal is to destroy Israel, and pull out the number of important documents that they did, goes against all human logic.

I’ve spent hours thinking about how they could have possibly pulled this one off. Did they go by boat? By an airplane? Maybe by a disguised truck? Did they dig a tunnel from Tehran to Tel Aviv? (Probably not that one, that doesn’t seem like the safest thing). Did they Apparate? (Harry Potter reference) Are there spies in their nuclear plant? Are there Iranians that helped? Of course, we’ll probably never know. It would be dangerous for that kind of information to leak.

I have no doubt that the recent assassinations of terrorist organizations’ leaders have Mossad handprints all over them. Your intelligence is remarkably high, as we were able to inform Australia a few months ago about a plan to blow up an airplane.

You have sacrificed your lives for this country, with no public appreciation in return. It’s 1:45 AM Israel Time, and I’m lying here thinking of the secret agents in countries I’ve never even heard of, dressed up or having actually taken on fake identities, so that in the future they can take care of situations like this one. I’m thinking of the Mossad agent who can’t even tell his family or the agent that wasn’t able to create one because he has taken on the identity as an Iranian Sheikh. I’m thinking of the agent that somehow has become the mayor of a city in Saudi Arabia, and who all the locals love because he’s “one of them”. I’m sure there are potential disasters every day, but thanks to you, we’ll never know about them.

I have always wondered how you pull off these feats, up against the world’s new technology, and against enemies whose main purposes are to kill us. Does the Mossad have higher technology that the world hasn’t developed yet?

I would be remiss if I didn’t mention G-d in this article, who plays the biggest part in ensuring our safety, using the Mossad as his messengers.

You are living your lives with more purpose than we can dream of over here. We love you, we appreciate you, and we thank you from the bottom of our hearts. Stay safe.

-The Nation of Israel

About the Author
Daniel Zacks made aliyah as a ten year old from Detroit, Michigan. He enjoys baseball, football, and living in Israel. He finished Hesder in Kiryat Shmona, served in the Navy, and is now the Junior Marketing Manager at 1touch.io.
Comments