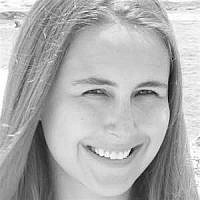 The Blogs
Natalie Slavat
Apply for a Blog
Please note that the posts on The Blogs are contributed by third parties. The opinions, facts and any media content in them are presented solely by the authors, and neither The Times of Israel nor its partners assume any responsibility for them. Please contact us in case of abuse. In case of abuse,
Report this post.

My name is Natalie Slavat, I’m a 4th year student at York University. During my first year on campus (2012-2013), the York University Student Centre, under your leadership, asked students to submit art pieces for a mural exhibition. According to the contest guidelines, the winning murals would be hung up around the Student Centre for two years (2013-2015). It is now 2016, meaning that the murals hanging in the Student Centre are well into their third year on display.

You might be asking yourself why I care enough about the murals to write this open letter.

Except there’s a problem. Every day, when I climb up the stairs of the Student Centre to get to the Hillel lounge, I am greeted with an acrylic painting of a Palestinian man (judging by his scarf) holding rocks behind his back as he watches a bulldozer uprooting a tree. The artist, York U alum Ahmad Al Abid, describes that the viewers of the mural are “left to decide whether to defend against the tree knowing its danger, or to stand aside as you watch the tree being uprooted.”

While the intentions of the artist are ambiguous at best, the way in which this piece is perceived by many Jewish students like myself is anything but vague. In the context of the Israeli-Palestinian conflict, stone-throwing means one thing: Violence.

Stone throwing is serious. By its very nature it is not a means of “nonviolent resistance”, but a form of assault.

On March 14, 2013, not too long ago, Adele Biton and her family were on their way to Tel Aviv when Palestinians attacked their vehicle. While trying to avoid the rock-throwing, their car spun out of control and smashed into a truck. Adele never recovered from her injuries and died less than two years later. She was 4 years old, and sadly, her story is one of many.

Is violent stone-throwing something that we want to be promoting to students at York University? Does this mural enhance the quality of student and community life on campus? Regardless of one’s position on the politics of the Middle East, the answer to these questions is a resounding no.

In its Value Statements, the York University Student Centre commits to “providing a safe space on campus for all students.” I therefore ask that you follow the rules of the competition, and adhere to the mission and values set by your organization and remove this mural from the Student Centre.

About the Author
Natalie is entering her 4th year of the BSc Specialized Honours Psychology Program at York University. She plans to apply to Graduate School for Clinical Psychology, specializing in Neuropsychology. She is currently the President of Hillel at York University in Toronto.
Related Topics
Related Posts
Comments
Advertisement