The Blogs
Tzvi Szajnbrum
We are more than a law business
Apply for a Blog
Please note that the posts on The Blogs are contributed by third parties. The opinions, facts and any media content in them are presented solely by the authors, and neither The Times of Israel nor its partners assume any responsibility for them. Please contact us in case of abuse. In case of abuse,
Report this post. 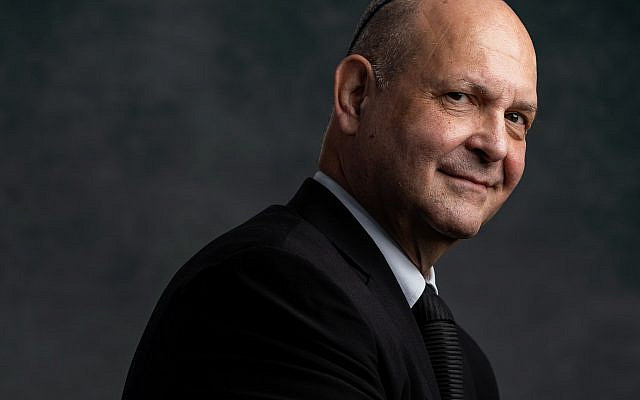 May 2021, and we are already in another military defense operation, this time named: Operation Guardian of the Walls.

​In 1967 when Jordan, Saudi Arabia, Syria and Lebanon moved their forces toward Israeli’s borders, and Egypt closed the Straits of Tiran to Israeli shipping, and the Arab states encouraged the increase of Palestinian terror attacks against Israelis, these acts constituted a casus belli – justification for declaration of war – for Israel and that resulted in the Six Day War.

​With this current operation, despite the fact that Hamas has been conducting direct missile offenses against Israel’s civilian population, resulting in 5439 red alerts so far between May 11th and 18th, giving civilians 15 seconds to 2 minutes (depending on their location) to rush into the safety of bomb shelters, we cannot consider this to be an act of war. Why? Because the essential parameter for declaring casus belli is that the parties in conflict must be sovereign countries.

​Why is Gaza or the West Bank not a sovereign country, you may ask?

The fact is that for more than a decade since Hamas took over administration of Gaza and the West Bank Arab communities, it has received billions of dollars in foreign aid the purpose of which was to demonstrate to the world that they were willing and able to build their own country with an independent infrastructure and provide services for the benefit of the Arab people who live under their control. Instead, Hamas chose to use that money to benefit their leaders and to expand their terror network of tunnels and weapons for the sole purpose of attacking the Israeli civilian population.  For example, Israel Electric Company is still providing electricity to Gaza. During the past week, rocket fire from Gaza damaged 5 of the 10 high voltage power lines that supply Gaza. According to Al Arabiya Arab press, because of this the people of Gaza are suffering daily power outages of at least 8 hours and Israel Electric cannot safely repair those lines as long as rockets are being fired.

The great and relevant difference in this conflict is that it emerged as a quickly rising bubble from the depths of the water.  It is this bubble that was dormant for the past seventy years, it is this bubble referred to as “the conflict between Arabs and Jews living in disharmony in the State of Israel-The Jewish State”.

​During this most recent conflict, many have been trying to identify the “guilty” party: the government, the extremists, the economic situation, this or that, but the stark truth is that the conflict between the Arabs and the Jews is like that bubble that was hidden and that has exploded in our face. The hatred was there, the disagreement continued to grow, and peace was never one of the goals of the Arab Muslims regardless of the propaganda fed to the media – Hamas clearly states that in their charter (for English version reference the Yale University Ayalon Law Library translation), here are a few excerpts:

​“Israel will exist and will continue to exist until Islam will obliterate it, just as it obliterated others before it”

“Arab countries surrounding Israel are asked to open their borders before the fighters from among the Arab and Islamic nations so that they could consolidate their efforts with those of their Moslem brethren in Palestine.”

The Victim and the Culprit

Again, the world is trying to blame the victim, that is, the State of Israel. I ask you, wherever you are, to daydream for just a minute. Close your eyes and try to imagine the scene that must seem surreal to you, but for us Israelis, it is the reality of everyday life.

​Imagine that for the last 7 days San Diego has been under heavy missile fire coming from the Mexican border. The city of Chula Vista has been the most damaged so far.

​The American people have learned from the Mexican government and its people “how deeply sorry they are”, but in fact they cannot stop the missiles because they are coming from military dissidents that joined forces with some local guerrillas who want to own Southern California because hundreds of years ago some of their ancestors lived on that land. This terrorism has been funded by foreign aid that was given for the purpose of improving the lives of Mexicans after a natural disaster, but due to some corruption in the government that they assure us has since been rectified, these terrorists were able to acquire all of the funds, which they have used to obtain the weapons they’re using against the USA.

​For the last 7 days, San Diego has been completely paralyzed. All major retail stores such as: Costco, Target, Wal-Mart, etc., along with restaurants and all non-essential service companies have been closed for business. The Aquarium, Sea World, The Zoo and the Wild Animal Park are all closed for visitors, and all employees were sent home on a forced non-paid vacation due to security concerns.

​So far there are only a dozen or so human casualties, but more than 1.3 million citizens are under heavy siege. Commerce has been paralyzed with beaches, malls and streets empty while citizens secure themselves in local bomb shelters and protected rooms – if they have one in their homes.

​The economy has been severely hurt by the shutdown. Billions of dollars are being lost every day and there is no end to the situation on the horizon despite all the “negotiators” and the UN resolution condemning the Mexican aggression.

​You can wake up from the nightmare.

This situation would never happen in the USA or in any other country in the world. Within 24 hours the attacked country would be fully mobilized and attacking the enemy until it was completely destroyed.

​When can Israelis wake up from the nightmare? Why should Israel be different? Are our lives less valuable than those of Brazilians, Americans, Chinese or Brits? We want to wake up from this nightmare and have the right to live a normal life restored.

​How can each of us living in Israel make a difference?  In 1977 I immigrated alone to Israel at the age of 19. In 1978 I joined the Israeli army as a combatant and became a “lone soldier”, and I can tell you that I was economically and physically “alone”, but socially I had many friends from the Armed Forces and in the communities where I lived.

I recall making new Israeli friends who welcomed me as a family member and accompanied me step-by-step, always asking if they could help me with anything, even after I got married and became an army officer with the rank of Major. These true friendships continued even after I entered the reserves, and at more than 50 years of age to these friends I was still the same private soldier who appreciated being invited to a good meal, enjoying their company.

​At this difficult time, we are not “new immigrants”, nor should we be “Anglos in Israel”, but rather – Israelis paying the price for the hatred and anti-Semitism that has reappeared with great vigor worldwide.

​Reach out to elderly neighbors who may need help obtaining food and medicines, or who feel lonely or frightened – don’t allow your kindness to be restricted by your level of Hebrew skills, oftentimes actions speak louder than words.

Please don’t make the mistake of offering help only to the “Anglo community in Israel” because in times of conflict there are no communities. We are the Jewish people living in the State of Israel – one people.

About the Author
We are a group of business and non-profit organizations, operating under one umbrella to provide a variety of related services and information. Please visit our service page to learn about the variety of services we offer and our Channels page to gain an understanding of who we are at the SZAJNBRUM GROUP. Tzvi Szajnbrum, Director, was born in Brazil, in 1957 and made Aliya (immigrated) to Israel in 1977. He is a licensed Attorney & Notary and professional mediator. Mr. Szajnbrum is personally involved in the new immigrant community, giving “pro bono” guidance through the Voleh Organization which serves as an adviser to new immigrants during their initial absorption phase, thus helping to guarantee a successful absorption into Israeli Society.
Related Topics
Related Posts
Comments