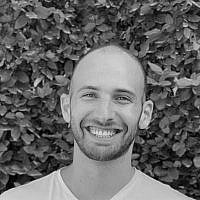 The Blogs
Rom Shmit
Apply for a Blog
Please note that the posts on The Blogs are contributed by third parties. The opinions, facts and any media content in them are presented solely by the authors, and neither The Times of Israel nor its partners assume any responsibility for them. Please contact us in case of abuse. In case of abuse,
Report this post. 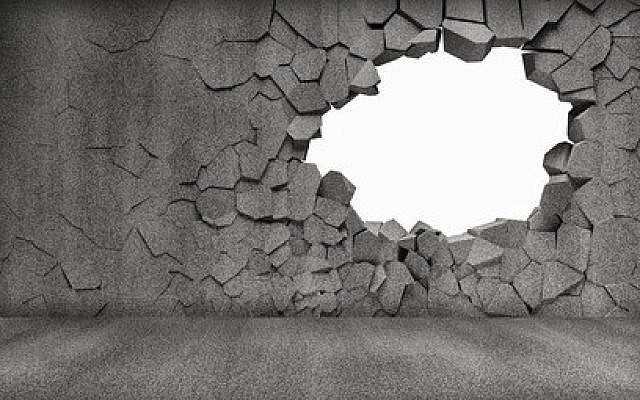 “The police are not doing their job! The government is not functioning! Now we are paying the price for years of lawlessness in Arab society!” During Israel’s recent Operation “Guardian of the Wall”, we heard more and more such statements. All these statements are basically wrong for one simple reason – they are all conclusions! How could we draw conclusions about a war that was still taking place?! We all rush to draw conclusions whenever we read a post on social media for example. But we should wait before reacting from our gut. At a time like this, we should all be united and leave the conclusions for later.

Let’s be clear – we were not in another “round” or another “campaign”, we were at war! In war you have one main goal, and that is to defeat the enemy. The army fights at the front, while we civilians are in the rear. All the riots in the mixed cities in the country showed that in fact we, the citizens, were not doing our job during the war, which was to support our government during this critical time, regardless. Of course, there were extremists on both sides who took the law into their own hands, destroying property and lynching each other, but they were only part of the equation. The other part in this equation was us, the other civilians, who observed these events and rushed to conclusions, posting our comments all over social media. We always feel the urge to let everyone know what we think, so that everyone sees how smart we are and how involved we are.

My opinion, not my conclusion, is that actually remaining silent at moments like these is the right thing to do. When I say silent, I do not mean that we should be quiet, but I meant that we should go easy on the keyboard, the senior officials interviewed in the media should ease up, and the videos posted on WhatsApp groups should be more restrained. These things only strengthen our enemy, whose goals include causing dissent and division among us.

Our hasty conclusions, which also fanned the flames on social media had economic consequences as well. According to information from the Manufacturers’ Association, the first three days of fighting alone cost the state about NIS 540 million. This is apart from the tens of millions of shekels to be paid out for damage from the rockets. Additionally, the state must spend more tens of millions of shekels on damage from the events in the streets! All this, just to remind us all, further to an impossible year financially because of Covid.

The silence I refer to is intended to support the country, the army, the police, and all other law enforcement authorities and medical staff. We should have all shown our support as a nation standing together and not divided.

To be clear, I am not a supporter of the current government and its leader. And yet, in a time of war, in a time of national crisis, we should all pull together and stand behind our government. Any action that undermines it in a time of war only serves our enemy and directly harms us.

This operation is already over, but the next operation will come sooner than we all think. We should all learn from our mistakes. I would like to propose that next time, before we all rush to post or react, we stop for a moment to think about what the consequences of our actions might be. When we present things as a conclusion, we are actually convincing ourselves that it is fact, which is then hard to change. Maybe, just maybe, by remaining quiet, we could tone down this senseless war within and among ourselves.

The riots in Bat Yam, Lod, Acre, Haifa, Tiberias, the Negev, all indicate that something has changed in Israeli society. If until now we were able to put aside our hostilities towards each other in times of war, today we are far from united.

This last operation was called “Guardian of the Walls”. Unfortunately, the walls in Israeli society have already been breached, and it will take some time to rebuild them and reestablish the trust among us.

About the Author
Rom Shmit is 27 years old from Tel- Aviv. He's a third-year psychology student at the IDC. Today, he's part of the Argov Program for Leadership and Diplomacy.
Related Topics
Related Posts
Comments