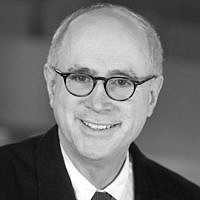 Michael Oren’s recent articles and Ally, his autobiographical account of his tenure as Israel’s ambassador to the United States, have provoked quite a response. Some are upset by the opinions he has expressed about the Obama administration, and a number of critics have expressed surprise that Oren is saying and writing things he didn’t say while he was Ambassador.

Here’s a news flash: a diplomat is supposed to be diplomatic. That means not fully revealing one’s thoughts, private opinions and assessments of what is actually going on at the time one is serving as a diplomat. It means making the best of a tough situation and putting a positive spin on stories and situations, even when they are not positive.

As I wrote in a Times of Israel column when Oren completed his term as Israel’s Ambassador to the United States, “His approach has been to engage and disarm with charm and facts those who oppose the positions of Prime Minister Netanyahu, leading me to wonder if those who so vehemently oppose Netanyahu, but so warmly embrace Oren realize how closely Oren is aligned with Bibi and how much he supports his positions and policies.”

Many seem to be genuinely surprised and even personally offended to learn that Oren endorsed and believed in the policies of the Prime Minister he served and that he actually advocated the positions he espoused as Ambassador. His criticism of American Jews and Jewish figures does not sit well with some. It seems as though many of those same American Jews who are quick to offer advice and critiques of Israel and Israeli policies believe it should be a one-way street.

Rather than offer a simplistic assessment, Oren lays out the nuances and subtleties of the Obama administration’s approach to Israel during his years as Israel’s Ambassador to the United States. I saw up close and first-hand how delicately he handled the crisis that erupted after the visit of Vice President Biden to Israel. As he mentions in his book, he came to speak at my synagogue right after having been summoned to the State Department. As he sat down next to me on the bema, he whispered that he did not know what to say, having come directly from the State Department, where he had just been summoned to be berated over the announcement by a municipal official of the expansion of a housing development in Jerusalem. Yet, despite the crisis and the interruption of his speech by several calls from the Prime Minister, he proceeded to speak calmly, not to lose his composure and to not publicly reveal the extent of the intensity of the condemnation and the rift.

Perhaps one of the reasons for the rocky reception to his book and articles is that he shares painful truths about what transpired behind the scenes during tough times. He writes about ways in which Obama was helpful, but also reveals the animosity and sometimes petty slights Obama displayed towards Israel and its elected leader. The President strangely choosing not to mention Israel’s widely recognized Herculean efforts after the hurricane in Haiti while citing the help of other nations; the lack of any praise for the unprecedented and politically courageous decision to freeze settlements for ten months, while not demanding any reciprocal actions on the Palestinian side; and other actions by the President and his administration present uncomfortable truths for those who want to believe that President Obama has always acted as a supporter of Israel.

Since Oren is a scholar, historian and writer of note, his book chronicling these years will be a valuable tool to those seeking to understand US policy during a tough and antagonistic period in US — Israel relations.

Perhaps the problem, as expressed by Jack Nicholson’s character in the movie “A Few Good Men,” is that some people just can’t handle the truth.