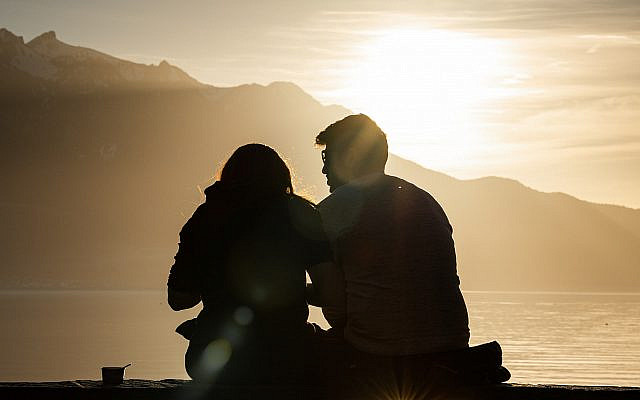 Twenty years ago, a young rabbinical student at Yeshiva University named Chananya Weissman founded an organization called EndtheMadness, an ambitious and unique effort to combat the angst and hardship associated with dating in the observant Jewish community.

He wrote several thoughtful and compelling articles on the subject of religious singles and the difficulties they were facing, encouraging the Orthodox community to make significant changes in the attitudes and culture surrounding dating and marriage.

I was personally impressed by this young man’s enthusiasm and the arguments he made, and volunteered to help him get the organization off the ground. We planned several excellent panel discussions in various communities.  Perhaps the biggest success we had was organizing about a dozen EndtheMadness-style Shabbat events, in which three dozen singles gathered for a Shabbat in a community, and meals were held at various people’s homes instead of the usual (and awkward) group dinner or lunch at shul. It’s a model that has since been copied by others.  Many shidduchim resulted from these events, and bonds of friendship were created among single and married folks – in fact, I just heard from a married friend in Teaneck that more than a dozen years after hosting several singles for a lunch, she is still in touch with a couple of them.

Weissman moved to Israel, and the organization exists in name only. Two decades after it was created, though, many of the same challenges that religious Jewish singles were facing then still exist today.

This past year, a very significant survey was conducted in which Orthodox singles were asked about how they viewed the current landscape… and the results are extremely interesting.

Mark Trencher, the founder of Nishma Research, which conducts sociological and market research studies for the Jewish community, is the person behind this important study — and many of his findings about Orthodox singles are worth sharing.

Trencher asked those who were surveyed what their top goals in life were, and one would think that getting married would far and away outrank any other goal.  However, a sense of community and belonging in many cases was equally as important as getting married, as a goal in life for Orthodox singles.  We often think singles simply just want to get married … what Trencher found was that career, health, personal and religious growth, and overall happiness factor into their lives as well.

Trencher’s research also showed that in many cases singles don’t feel valued or important.  As an example, Trencher said that one single recounted a story of being invited to a wedding, and being seated at the children’s table.

In addition, Trencher asked both single men and women in the survey what they were looking for in a marriage partner, and offered 27 different characteristics from which to choose.  Not surprisingly, the politically correct choices of honesty, compassion, being respectful of others, and kindness all ranked high on the lists among both men and women.  But when looking at the responses from men only, physical appearance also ranked high, and when looking at the responses from women only, income, profession, and ambition ranked high.

Sylvia Barack Fishman, a retired professor of contemporary Jewish life at Brandeis University, outlined some of Trencher’s research, along with some other research she cited, in a report that she authored for PORAT (People for Orthodox Renaissance and Torah).

Confirming what Trencher found about being valued, Professor Fishman emphasized that Orthodox singles want to be treated as equals in synagogues and schools.  Respect, friendliness, and inclusion should not be dependent on marital status.  Singles should be given the opportunity to rise to positions of power in the community – why can’t a single person become president of a shul, or chair a shul committee?  And why can’t all shul activities be made available to everyone, regardless of marital status?

Fishman also points to the language that we often use to describe singles, another factor that upsets singles.  Why is a 35-year-old female attorney called a “girl,” while a married 19-year-old is called a “woman”?  In addition, some singles complained of “being Shabbosed” – a term that refers to last-minute Shabbat meal invitations, as opposed to those invitations for married folks which are always done in advance.

Above all, Orthodox singles seem to be craving simple friendship from their married peers.

Fishman also pointed out that singles urged more education at various age levels about healthy gendered relationships and mutual responsibility in a marriage.  Unfortunately, one of the downsides of a more pervasive single-sex atmosphere in the Orthodox world is that it creates more troubled social interactions and unrealistic expectations between the sexes.  Orthodox singles felt that more education about communication skills and dating is needed, starting in middle school and continuing through young adulthood.

Orthodox singles also desire more natural and organic opportunities to meet one another in educational and social functions, friendship gatherings, and family celebrations, similar to the way people used to meet a couple of generations ago.  It seems that even though there is a desire among observant singles to turn back the clock and return to a simpler way of meeting and interacting with others, we still strongly rely on shidduch resumes, shadchans, checklists, and the like.  Perhaps Professor Fishman’s findings will convince us to reconsider the shidduch culture that now dominates our community.

Fortunately, there are good things happening within the Orthodox singles community, too.  Singles themselves (never married, widowed, and divorced) have developed wonderful support networks and mini-communities among themselves, where they can socialize together and create bonds of friendship.  And organizations such as YUConnects and SawYouatSinai have harnessed the power of online technology to create matches that years ago might never have happened.

I also hear the term “shidduch crisis” used less and less, which perhaps is also good news – it’s a term that I felt was never appropriate (the war in Ukraine is a crisis … Orthodox singles finding it more difficult to get married is not a crisis).

With that said, I do feel it’s important that we listen to the voices of Orthodox Jewish singles – and hear what they are saying and how they are feeling.  And that we do what we can to make them equal partners in our larger Jewish community.