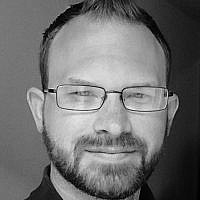 The Blogs
Robert Nicholson
Apply for a Blog
Please note that the posts on The Blogs are contributed by third parties. The opinions, facts and any media content in them are presented solely by the authors, and neither The Times of Israel nor its partners assume any responsibility for them. Please contact us in case of abuse. In case of abuse,
Report this post.

Next month the world will celebrate the twentieth anniversary of the most famous handshake in modern history, that legendary moment when Yitzhak Rabin and Yasser Arafat stood face to face on the White House lawn and acknowledged each other’s existence. The fact that Oslo’s anniversary comes just as John Kerry revives Israeli-Palestinian peace talks gives special urgency to that favorite question of Middle East pundits—why did the peace process fail?

If history is any guide, most analysts will invoke the same hackneyed narrative of Palestinians who had unequal bargaining power at Oslo and Israelis who, backed by imperial America, cleverly “co-opted” the PLO in order to obstruct any possibility of a viable Palestinian state.

The problem with this narrative isn’t necessarily the allegation of PLO inequality, it’s the failure to recognize this inequality—if it in fact existed—as both natural and downright just. More problematic, however, is that the Oslo Accords actually seem to have been slanted far more in the other direction.

Let’s assume for a moment that the critical account is correct and that the Palestinians had unequal power at Oslo. Should anyone be surprised? When Rabin and Arafat shook hands in 1993, Rabin ran a sovereign state with a recognized territory, a democratic population, and a representative government. Arafat, on the other hand, ran a muddled and murderous revolutionary movement based in Tunisia. The PLO was no nascent state; it was a loose coalition of terrorist factions, a nominal bureaucracy, and a loud-mouthed press office. It held no land, no democratic mandate, and no presence in the territories it claimed to represent.

Oslo wasn’t a peace treaty between two states. It was a series of bilateral contracts in which a sovereign state voluntarily outsourced control over certain administrative and geographic areas to a non-state actor in the hopes of reducing terrorism. Although there was optimism that the PLO would gain governing experience and one day become the embryo of a functioning state, the Accords never promised a state and the establishment of one was always contingent on whether the PLO could manage the limited tasks it had been given.

Israel had no duty to deal with the PLO. To the extent it did, Israel acted solely—and rightly—in its own self-interest. Similarly, the PLO had no entitlement to a state in the 1967 territories. To the extent it received administrative control over certain parts of those territories, the PLO should have been content with managing what it got. Had it done so responsibly, there is little doubt that a Palestinian state would exist today.

But although unfair bargaining power wouldn’t be all that shocking, there actually isn’t much evidence to support it. If the Oslo Accords were indeed skewed in favor of Israel, we should see a disproportionate number of instances where the PLO made painful compromises in the interests of peace. If one examines the Oslo period without any preconceptions, one will quickly see that the opposite is in fact true.

Even a cursory look at the agreements will reveal the discrepancy. Israel mostly gives, the PLO mostly takes. Israel makes concessions, the PLO makes demands. Israel surrenders extensive prerogatives of land, governance, and security. The PLO surrenders only its “right” to armed struggle and its denial of Israel’s existence. When one notes the inherent dissimilarity between the parties—between a sovereign state and an unproven non-state actor—one can’t help but wonder why the Israelis ever entered into such a lopsided contract in the first place.

The answer is simple: Rabin and the Israeli people wanted the violence to end. They were tired of trying to manage the territories amidst ceaseless condemnation from world media and human rights organizations. They were exhausted by decades of terrorism. They believed that the PLO, the self-proclaimed agent of the Palestinian people, could succeed where the Israeli government had not. Though the Oslo venture was a risky one that required significant sacrifices, most Israelis were ready to take a gamble.

Unfortunately for them, the venture failed. The PLO never succeeded in aiding the Palestinian people, curbing Islamist terrorism, or shifting Palestinian attitudes toward peace. The fact that Israel never cancelled the agreements completely—which it almost certainly has grounds to do—testifies only to Israel’s persistent, if overly optimistic, desire for peace between the river and the sea.

Optimism is commendable. But why Israelis expected a terrorist front with no democratic mandate, no governing experience, and nothing to lose to successfully transition the Palestinian people from war to peace is hard to imagine.

Wherever one lays the blame, Oslo’s disastrous legacy needs a reality check. We must confront the narrative of Oslo as a clever Israeli ruse to co-opt and oppress the Palestinians. In considering John Kerry’s current peace push, we must recall the inherent difference between Israel and the Palestinian Authority and set our expectations accordingly. Above all, we must stop forcing Israel to absorb all the pain of peace-making and instead place the burden on Mahmoud Abbas and his corrupt, strife-ridden “non-member observer state” to prove its genuine change of heart.

Until then, we shouldn’t presume that Israel has any more concessions to make.

About the Author
Robert Nicholson is a recent Tikvah Fellow and former Marine who researches law, religion, and the relationship between Christians and Jews. He holds a JD and MA in history from Syracuse University and a BA in Hebrew Studies from SUNY Binghamton, and has published articles in, among other places, Mosaic Magazine, The Jerusalem Post, and The Libya Herald. He lives with his wife Lyndsey and daughter Brooke in New York City.
Comments