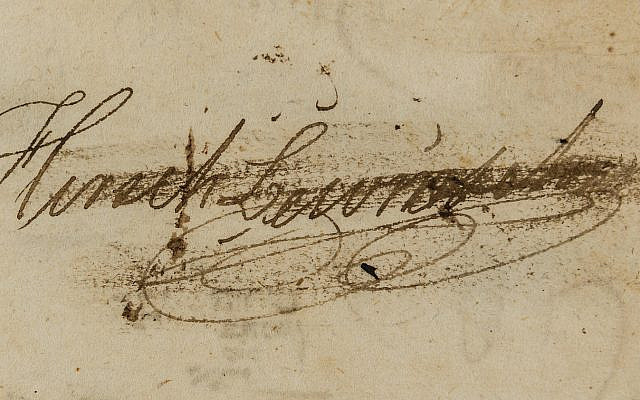 Signature of Rabbi Zvi Hirsch in English (courtesy of the author)

Let’s continue with our story of Anglo-Jewish early modern history, pulling out further pieces from my collection. In this blog, we will focus on the story behind some of the books within my collection, specifically those linked Aaron Hart’s successor, Rabbi Zvi Hirsch.

So, where were we? 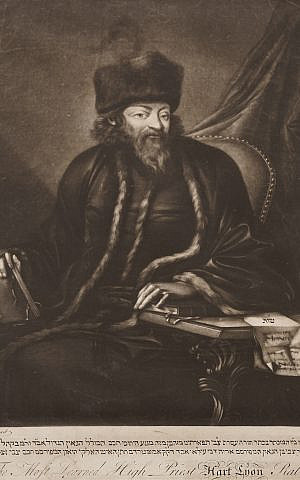 Engraved portrait of Rabbi Zvi Hirsch (courtesy of the author)

Aaron Hart passed away in 1756 and it seemed that the dust finally settled the two feuding Ashkenazi synagogues, the Great Synagogue and the Hambro. They both collaborated in choosing a successor. Their choice fell on Rabbi Zvi Hirsch, known in English as Hart Lyon or Hirschel Lewin. Zvi Hirsch was a notable and diligent Talmud scholar, an expert in Jewish Law. He heralded from rabbinic stock. His father, Aryeh Loeb, was Rabbi of Amsterdam and his grandfather was the famed Chacham Zvi Ashkenazi. Yet his proficiency in Talmud and pedigree would cause him frustration serving the English community, ultimately leading him to leave London and find a new post on mainland Europe.

Zvi Hirsch remained in London for only eight years. A short period indeed. It was long enough, however, for a printed portrait of him to be produced and for his own special signet ring to be cast. Yet he was frustrated with the lack of Jewish learning and engagement in London; his congregants were not bombarding him with Talmudic questions or quizzing him on Jewish Law. When asked why he was leaving the Great British rabbinate, he replied: “Because this is the first shailoh (question on Jewish Law) that I’ve been asked since I arrived!” 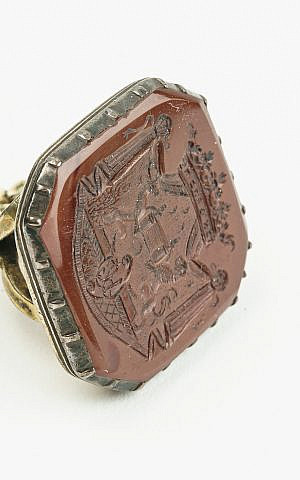 Ring with seal of Rabbi Zvi Hirsch (courtesy of the author)

Following his departure from London, he went on to become the rabbi of Halberstadt and then Mannheim, both in Germany. Afterwards he was crowned Chief Rabbi of Berlin, thus being known to posterity as Zvi Hirsch Berlin. He wittily characterized his various communities with the remark:

“In London I had money but no Torah, in Mannheim Torah and no money, and in Berlin no money and no Torah!”

Along the same lines, he would relate an anecdote:

“In Halberstadt, I met a man who looked very down hearted. I bumped into him again in Mannheim where he was very busy. Finally, I encountered this same man in Berlin, where he was both happy and relaxed; I asked him the reason for his varied behavior. The man told me ‘I am the yetzer hara (evil inclination)!’ The yetzer hara continued to explain to me: ‘In Halberstadt I was very depressed as the Jews are very pious and not susceptible to being led astray by me; in Mannheim they were susceptible to my traps, and I was very busy leading them astray; but in Berlin they go astray themselves without my help – so I’m both happy and relaxed!’ 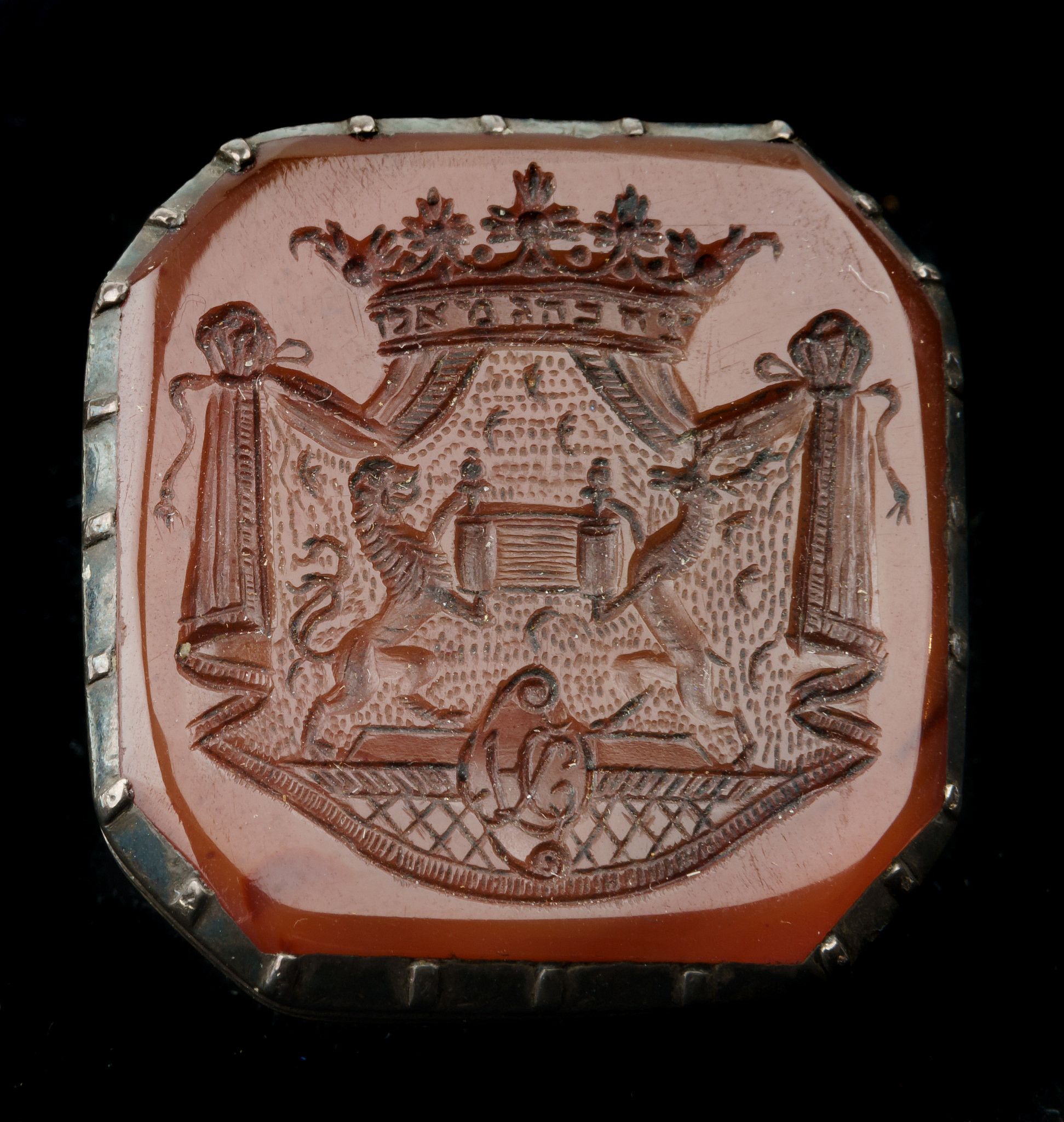 Although Zvi Hirsch only stayed in London for a brief period, his son Solomon Hirschel, born then, later became the first English-born Chief Rabbi. Much of Zvi Hirsch’s library remained in London, his tomes and books containing his signature and his erudite notes in the margins. In my collection, in only one of these books does he include his signature in English and in Hebrew. I believe it is also the only place where he signs in Hebrew as Rabbi in London.

Although Zvi Hirsch was accepted as the rabbinic authority for both the Great and Hambro synagogues (and also for the New Synagogue founded as a result of another breakaway in 1761), the dispute that had begun in Aaron Hart’s time was not yet dead. As we shall see in our next blog, the dust hadn’t actually settled. 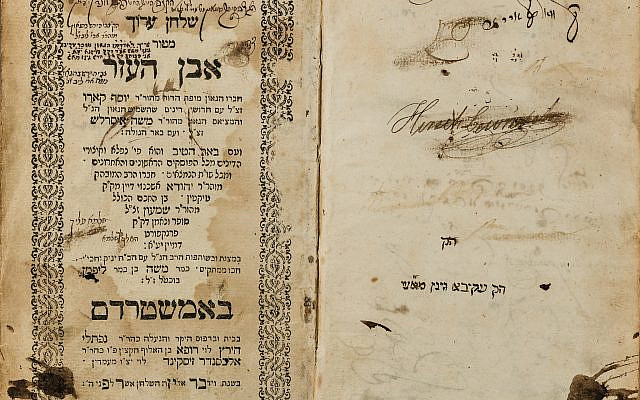 Even Hoezer with signature of Rabbi Zvi Hirsch in Hebrew (in London) and English (Hirsch Lewin) (courtesy of the author)
About the Author
Professor David Latchman, CBE, is a leading UK academic, author, and philanthropist, and currently holds the position of Vice-Chancellor of Birkbeck University of London, having led the university since 2003. Latchman holds First-class Honours in Natural Sciences, a MA, and a PhD, and has completed a three-year post-doctoral fellowship at Imperial College London. He also has a DSc (higher doctorate) from the University of London.
Related Topics
Related Posts
Comments